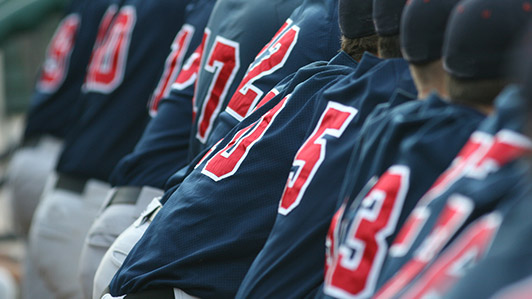 Kick back with a hot dog, beer, and your baseball glove at an Oakland Athletics game! Head to Oakland Coliseum to enjoy a memorable summer evening full of fun and yelling at the umpire. Don’t wait to get your tickets though, dedicated fans sell out the Coliseum fast to cheer on this exciting young team! Get your cheap tickets to the Oakland Athletics 2023 season today!

As an original member of the eight teams that made up the American League in 1901, the Athletics got their start in Philadelphia. Early on they saw a lot of success, winning two consecutive World Series titles in 1910 and 1911, and then adding their third title in 1913. For a little over a decade the Athletics would struggle, not making a post season appearance again until 1929 and 1930 when they won two consecutive World Series. In 1955 the decision was made to relocate the team to Kansas City where they became known as the Kansas City Athletics. During their time in Kansas City the team saw very little success, not even appearing in the playoffs. In 1968 the team was relocated to where they remain today, Oakland. With the help of star players such as Reggie Jackson and Rollie Fingers the Athletics were able to win three consecutive World Series titles from 1972 to 1974. The team won their ninth World Series title in 1989 and since then have failed to produce in the playoffs. With their ninth title behind them, the Oakland A's became the third most winning team behind the number one New York Yankees and the number two St. Louis Cardinals.

Home to both the Oakland Athletics and the Oakland Raiders of the National Football League, the Oakland-Alameda County Coliseum is the only multi-purpose stadium that is shared by professional baseball and football in the United States. It is also part of a complex with the Oracle Arena which is the home to the Golden State Warriors of the National Basketball Association. With everything from authentic Philly cheesesteaks, and barbeque to woodfire pizza and burritos, the Coliseum has plenty of food options to satisfy everyone’s taste buds. Located in the Stomper Fun Zone, kids and adults alike can partake in batting and pitching practice in the cages. There are even charging stations located throughout to ensure that fans have a full battery the whole time they are there, so they can partake in sharing their experience on social media!

The Oakland A's play rival team the San Francisco Giants in the Bay Bridge Series, a fun and wildly popular series that puts the two California teams against each other in a friendly show-down. In 2018 as a part of the series they began competing for what has become known as the “Bay Bridge” Trophy, which is made from the steel that was used on the old Bay Bridge. Historically the Athletics also have a rivalry with the Philadelphia Phillies, based solely on the fact that when the Athletics used to play in Philadelphia the two would commonly face off. While the rivalry relinquished after the Athletics were moved to Kansas City, the two still face off yearly with the inception of the interleague play.

How Much are Oakland A’s Tickets?

Ticket prices for Oakland A’s can range from an average of $57 to $131. Depending on which teams they are playing amongst other factors, the prices can fluctuate. It’s important to get your Oakland Athletics tickets early on CheapTickets so you can ensure you get the best price!

Where Can I Buy Oakland A’s Tickets?

For the 2023 season, Oakland A’s fans can get their tickets for as low as $5 here at CheapTickets! CheapTickets offers a huge range of discounted ticket prices for any seat at the Oakland-Alameda County Coliseum. Be sure to browse through the games and seat map on our website to make sure you get the best bang for your buck.

How Long is an A’s Game?

The Oakland A’s games usually go for around 3 hours unless they get into extra innings when they are tied. This is great to consider when purchasing tickets to an A’s game. On CheapTickets, fans can easily browse games based on the date and time to ensure the most ideal experience at the ball game.