Live events
More travel
Event Tickets Support
Resale prices may be above or below face value.
Kansas City, MO
All Locations Current Location   loading...
You have disabled location tracking in your browser. Please enable it or enter your location below.
All Dates
From
To
Pick Dates Today This Weekend This Month All Dates 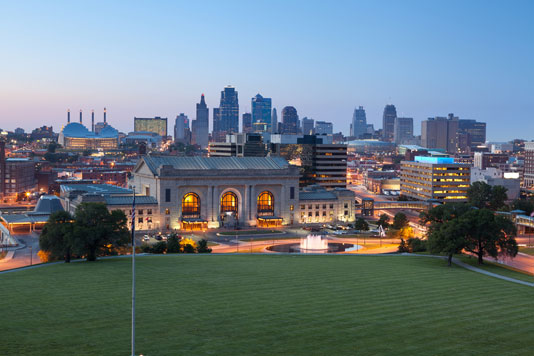 Looking for a family venue in Kansas City? Kansas City has exciting venues for nearly any activity you have in mind, whether that be visiting Arrowhead Stadium or a drive-in theater.

Anyone who has followed the Kansas City Royals will know that during the years 2014 and 2015, the team made it to the World Series. Royals games are located at the beautiful Kauffman Stadium. One of the most astonishing features of 'The K' is its 322-foot wide water spectacular. If you can't wait to see this amazing stadium, the Kansas City Royals season tickets will soon be available to purchase for the 2017 season.

The Kansas City Territory became an incorporated town in 1850 during the years leading up to the American Civil War. After the war, Kansas City experienced a renaissance where there was continuous growth in both social and civic sectors. As a result of an attempt to beautify the city, Kansas City has one of the most attractive park systems in the country. They're the second best reason to spend a day outside in Kansas City, the first being a Kansas City Chiefs or Royals game.

Did you know these facts about Kansas City?

Things to do in Kansas City

The Music Hall Kansas City has year-round performances that include musical performances as well as improv comedy.

If you're in town for a little wet-and-wild fun, then consider purchasing tickets to the massive Kansas City water park, Schlitterbahn. Kansas City event tickets are very reasonably priced, and you can easily purchase a full day of fun at Schlitterbahn or even an entire season.

Kansas City's Municipal Auditorium has held the most NCAA Final Four Championships of any building in the entire country at a total of nine championships held here.