Live events
More travel
Event Tickets Support
Resale prices may be above or below face value.
Philadelphia, PA
All Locations Current Location   loading...
You have disabled location tracking in your browser. Please enable it or enter your location below.
All Dates
From
To
Pick Dates Today This Weekend This Month All Dates 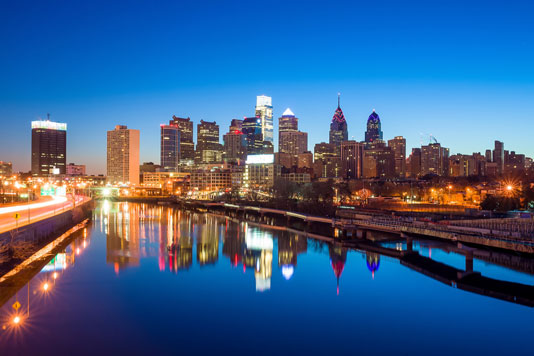 Philadelphians may pride themselves on kindness, but they should also be proud of the overwhelming amount of quality entertainment events in Philadelphia. Home to five professional sports teams, the Philly event calendar is jam-packed.

Check out an Eagles game if you want to see the speedy Darren Sproles dominate his opponents, or visit Wells Fargo Center if you want to see 76ers No. 1 pick Ben Simmons in action. If you're a baseball fan, watch the Phillies take the field at Citizens Bank Park.

Hockey fans can catch the Flyers on ice at the Wells Fargo Center, and soccer enthusiasts should be sure to see the Philadelphia Union at Talen Energy Stadium in nearby Chester, PA.

If sports aren't your thing, your top picks for events in Philadelphia may require a Philly ticket to the Kimmel Center, the Academy of Music or the Merriam Theater. These venues host many plays, operas, musicals and symphonies each week, if that's more your speed. And thanks to the city's deep history, Philadelphia theatre tickets often grant access to entertaining, educational and enlightening experiences.

When big musical acts rock out in Philly, they usually jam at the Wells Fargo Center. Cheap Philadelphia event tickets for this venue, as well as the following, are always on sale at fair prices. The Electric Factory, the Theatre of The Living Arts, The Tower Theatre and the Trocadero Theatre are all historic Philadelphia music venues worth checking out, no matter what your tastes.

The Philadelphia events that surprisingly fly under the radar are comedy shows. While Philly doesn't have a world-renowned comedy scene like New York, it is home to a comedy community with local, national and global acts fighting to make it onto the Philadelphia events calendar. Helium Comedy Club, The N Crowd and The Laff House are among the roster of legendary Philly comedy venues.

If you visit Philly in June, you'll be able to catch the Roots Picnic at Festival Pier at Penn's Landing. Put on by Philly's own, The Roots, this music festival has featured Usher, Erykah Badu and The Weeknd.

William Penn founded Philadelphia in 1682. The Founding Fathers often gathered in the city during the American Revolution, and the Declaration of Independence was signed in Philadelphia in 1776. A capital of the U.S. during the Revolutionary War, it temporarily served as the nation's capital while Washington, D.C. was being renovated.

Beyond its placement in history, and outside of being known for delicious cheesesteaks (always an excellent choice on game day), Philly has always been a musical training ground. Chubby Checker, Bobby Rydell and Marian Anderson all honed their skills in Philadelphia before becoming world renowned.

Did you know these facts about Philadelphia?

Things to do in Philadelphia