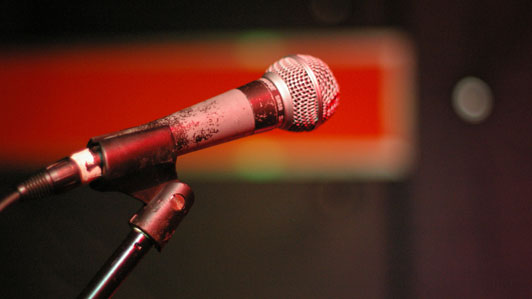 In the world of ventriloquism, there are certain iconic names that stand out above the rest. Famous legends include Edgar Bergen and Shari Lewis, but in more recent years, it's cheap Jeff Dunham tickets that have been selling out venues worldwide. Today Jeff Dunham is one of the most well-known comedic, ventriloquist acts to take the stage. With a huge following, cheap tickets to a Jeff Dunham show are hard to come by. Don’t miss your chance to see him live, get your tickets now!

Early Life and Rise to Fame

Jeff Dunham was born in Dallas, TX, in 1962, and he grew up idolizing ventriloquist Edgar Bergen. Bergen and his playful interactions with his dummy, Charlie McCarthy, were important to Dunham. Adopting skills that he learned from this famous artist into his own act, Dunham soon became renowned for his unique brand of ventriloquism and had his first break in 1985 at a variety show in New York City.

Since his big break, Dunham has had seven major comedy specials and even had a series on Comedy Central. He has also appeared in films; you may have seen him alongside Larry the Cable Guy in the film Delta Farce. With the popularity of Netflix specials on the rise among comedians, it was only natural that Jeff Dunham got on board with this movement. His first Netflix specials was released in 2017 and was known as Jeff Dunham: Relative Disaster, and due to the immense popularity, it was announced that he would be releasing a second special. In September of 2019 he released Jeff Dunham: Beside Himself, alongside a tour announcement kicking off in October.

Today, Jeff Dunham Las Vegas tickets often sell out, which is a testament to the worldwide popularity of his ventriloquism (or at least comedy). His chief "co-performers" include the purple-skinned, vivacious Peanut, the crotchety retiree Walter, and the stick-mounted Jose the Jalapeno. Anytime you see Jeff Dunham in concert, you can expect to encounter these cantankerous puppets.

Did you know these Jeff Dunham facts?

As a recipient of the American Comedy Award, Jeff Dunham has become one of the most iconic comedians performing today. The Jeff Dunham show schedule is constant with performances at major metropolitan locations like New York City, Las Vegas and Boston. His tour entitled Seriously!? also saw stops in Madison, Green Bay, Pittsburgh, Columbus, Buffalo, Tampa, Nashville, and Portland.

The first half of 2022 is full of Jeff Dunham shows. The ventriloquist has grown in popularity ever year and adds more and more shows each season. Jeff Dunham went around the country performing his act for all his fans. Starting in the North East, Jeff performed in Syracuse, St. Louis, Tulsa, and even some Canadian cities. He also performed in San Jose, El Paso and more cities around the country. See Jeff Dunham’s famous and unique show live in 2022, tickets are available now.

Head to a Jeff Dunham show near you and experience the comedic effect of the famous ventriloquist! Be sure to save your seat get your Jeff Dunham tickets on CheapTickets!

How Much are the Jeff Dunham Tickets?

How Do You Get Tickets to Jeff Dunham?

Where is Jeff Dunham Playing Next?

Jeff Dunham’s schedule consists of continuous performances in major cities as well as touring around to cities occasionally. Stay updated on the latest Jeff Dunham tour schedule and find the cheapest tickets available by checking CheapTickets. You can filter the schedule based on your preferred city, date, and/or venue! Don’t miss out on the next Jeff Dunham show and get your cheap tickets today.