Live events
More travel
Event Tickets Support
Resale prices may be above or below face value.
New York, NY
All Locations Current Location   loading...
You have disabled location tracking in your browser. Please enable it or enter your location below.
All Dates
From
To
Pick Dates Today This Weekend This Month All Dates 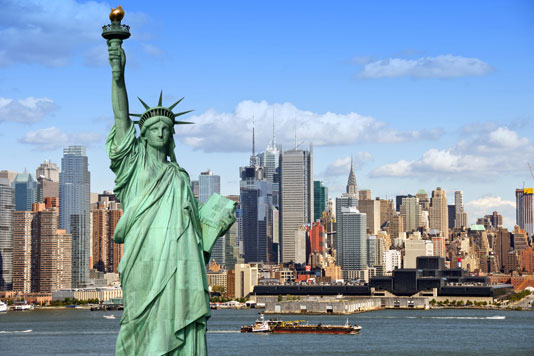 Are you looking for hit Broadway shows and concerts in NYC tonight? Theater and the arts are part of the lifeblood of New York City, and always have been. From the iconic Winter Garden Theater on 51st Street, where "Cats" has played for decades, to the New Amsterdam Theater, NYC theater tickets are available for all interests and budgets. Live theater in the city is experiencing something of a renaissance, with NYC tickets to popular new plays like "Hamilton" and "Wicked" selling out nightly.

The Bronx, one of the city's largest boroughs, has been home to the New York Yankees since 1901. New York Yankees tickets are easy to get if you want to take your family out to the ballpark. Reaching the stadium for baseball events in NYC from Times Square only requires a six-stop subway trip on the D line.

If you're not a baseball fan, you could get NYC event tickets to a Knicks game at the famous Madison Square Garden on 34th Street. This legendary venue is a great place to see other NYC events like the famous Ringling Brothers and Barnum Bailey Circus. And during the holidays, head to the gorgeous Radio City Music Hall to see the world-famous Radio City Rockettes in their family-friendly Christmas Spectacular.

New York City was one of the first major metropolitan centers in the Americas. Established as New Amsterdam in 1625, Peter Minuit purchased the island of Manhattan from the Lenape tribe as a trading post.

The city briefly served as the nation's capital after the American Revolution. The Industrial Revolution and the Great Irish Famine caused a massive influx of immigrants into the city in the early 1900s, creating a rich cultural melting pot that continues to define New York city today. And it seems like the city's rich arts scene drives it just as much as that cultural web - it's the destination for taking in a show, thanks to Broadway and the countless off-Broadway theaters and concert venues. New York's reputation as an artistic hub only helps drive ticket-wielding tourists here by the droves.

Did you know these facts about New York City?

Things to do in New York City

Comic book fans and pop culture enthusiasts gather for the New York Comic Con every year in the city. See panels with top movie and tv stars as well as some of the most impressive costumes from the die-hard fans.

Many events in New York could be a little spookier than expected - New Amsterdam Theater, Palace Theatre and Radio City Music Hall are all reputedly haunted.

One of the most popular events in NYC, the Macy's Thanksgiving Day Parade brings 3 million attendees to the city annually.

Get your cheap NYC tickets with us before you travel to the Big Apple.