Live events
More travel
Event Tickets Support
Resale prices may be above or below face value.
Dallas, TX
All Locations Current Location   loading...
You have disabled location tracking in your browser. Please enable it or enter your location below.
All Dates
From
To
Pick Dates Today This Weekend This Month All Dates 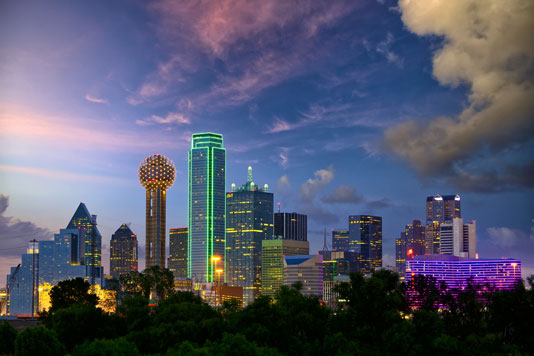 Sporting events and entertaining live performances are extremely common - and often extraordinary - in cities like Dallas. Whether you want to attend Dallas Convention Center events, Dallas country concerts or other upcoming events in Dallas, there are plenty of attractions for you to visit every week. If you review the Dallas calendar of events, there are plenty of new and fun activities awaiting you every day. Aside from the various concert venues and museum events, you can also find sports games and comedy clubs.

Dallas is one of the few cities that actually has a team in nearly every major American sport. Every season there is a live sporting event for fans, travelers, and locals to see live. Tickets are available before each season begins, check out the schedules. When pro-teams are not on the schedule, these venues frequently host art gallery tours, college games and live shows from world-famous groups like Coldplay or U2

If you want to check out the upcoming country concerts in Dallas, check CheapTickets to see which tickets are available right now. This is a city that hosts nearly every type of event you could think of during any given week. We have information about downtown Dallas events, Dallas weekend events and even plans for actual events in Dallas tonight - just in case you're a local or tourist looking for something to do on the fly.

Dallas was originally incorporated in 1856, and with over 1 million residents as of 2015, it is currently one of the highest-populated cities in the entire country. Deep Ellum, the Dallas neighborhood that hosts a plethora of arts and entertainment venues, originally became popular during the 1920's and 1930's as the prime jazz and blues hotspot in all the south. Today, its streets, sidewalks and tunnels are covered in murals. It's also home to hundreds of loft-living artists. The Dallas Cowboys joined the NFL as an expansion team in 1960, and are now financially the most valuable sports franchise in the United States.

Did you know these facts about Dallas?

Things to do in Dallas

A number of local Dallas events occur at popular venues like the Dallas Arboretum and Botanical Gardens, the Morton H. Meyerson Symphony Center and Reunion Tower. If you're more interested in enjoying events outdoors, try stopping by Klyde Warren Park, White Rock Lake Park or the Dallas Zoo. For an educational, cultured experience, check out events hosted by the Dallas World Aquarium, the Dallas Museum of Art and the Perot Museum of Nature and Science.