Live events
More travel
Event Tickets Support
Resale prices may be above or below face value.
Green Bay, WI
All Locations Current Location   loading...
You have disabled location tracking in your browser. Please enable it or enter your location below.
All Dates
From
To
Pick Dates Today This Weekend This Month All Dates 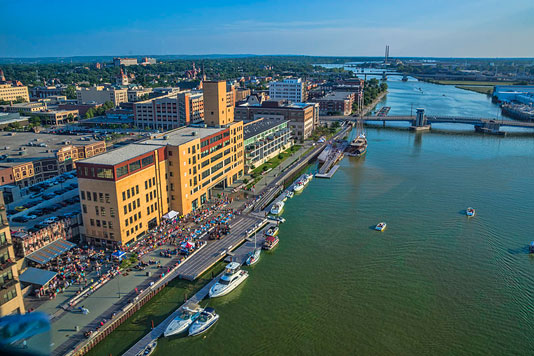 Green Bay has become a bustling metropolis, a Midwestern hotspot brimming with entertainment, culture, and good food. With everything from pro football to Broadway shows, the city has plenty going on. Whether you're a local or a tourist, make your plans complete by getting your cheap Green Bay WI tickets here!

Cheap concert and theater tickets
The Resch Center, with its stadium capacity, is one of the premier spots for touring artists to stop on their way around the country. The arena has hosted everyone from Tool to Eric Church! And with venues like the Meyer Theatre and the Green Bay Distillery hosting Christmas plays, stand-up comics, Broadway shows, Disney on Ice, and more, there's something for everybody in the family!

Cheap sports tickets
As the home of the Green Bay Packers, Lambeau Field is sacred ground for tens of thousands of football fans. It is the oldest continually functioning stadium in the league and has seen hundreds of talented sportsmen tear up its turf. Cheap Packers tickets are often in high demand as devotees scramble to get their hands on them, so don't wait to buy yours! Locals are also big supporters of the Green Bay Blizzard, an indoor football team, and the Green Bay Gamblers, a junior ice hockey team.

People from all over the state – and beyond – travel to Green Bay for everything the city has to offer. So whether you're looking for the best seats at a Packers game or to get rinkside at a Disney on Ice show, you can get your cheap Green Bay WI tickets here!