Live events
More travel
Event Tickets Support
Resale prices may be above or below face value.
Columbus, OH
All Locations Current Location   loading...
You have disabled location tracking in your browser. Please enable it or enter your location below.
All Dates
From
To
Pick Dates Today This Weekend This Month All Dates 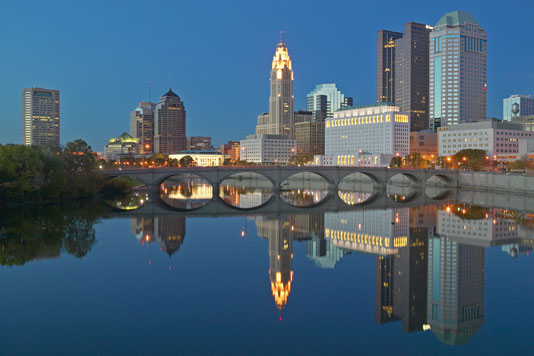 Columbus venues like the Nationwide Arena and Schottenstein Center have hosted hundreds of megastars, everyone from Coldplay to Drake to the Dixie Chicks. And live theatre fans are sure to be delighted with the stately Columbus theatres. Check out what's showing at the restored 1920s Palace Theatre or the Spanish baroque style Ohio Theatre to see if any Broadway shows are swinging through Columbus.

Columbus is fiercely proud of its sports teams and cheap tickets go fast to the fanatic locals. As home to the Ohio State University Buckeyes, the city is charged from fall to spring with "Buckeye fever." If you can snag cheap OSU tickets to a rivalry game with the University of Michigan, you're in for an unforgettable afternoon of full-throttle athletics! Hockey fans can head to the Nationwide Arena to get in on some ice action with the Columbus Blue Jackets and soccer fans have a home at Mapfre Stadium, cheering on MLS Cup winners Columbus Crew SC. Racing fans should check out the Columbus Motor Speedway, a NASCAR-sanctioned track that hosts weekly races in several divisions.

Whether you come for the Broadway theatre or the insane college rivalries, your visit to Columbus is sure to be memorable. Pick up your cheap Columbus tickets here to reserve your spot at theatre, stadium, or speedway!