Live events
More travel
Event Tickets Support
Resale prices may be above or below face value.
Portland, OR
All Locations Current Location   loading...
You have disabled location tracking in your browser. Please enable it or enter your location below.
All Dates
From
To
Pick Dates Today This Weekend This Month All Dates 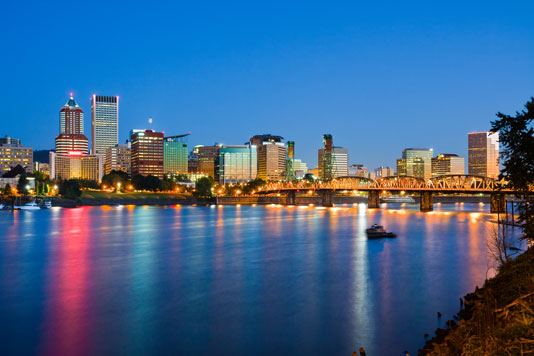 If you have Portland Trail Blazer tickets, you'll get to see the greatness of this world-class basketball team firsthand. If you prefer soccer over basketball, hang up that jersey and invest in a pair of Portland tickets to see the Portland Timbers when they play.

Nicknamed Portland's living room, the Pioneer Courthouse Square is a magnet for tourists, sunbathers and event planners. Visit the Square to partake in some of the finest Portland shows and Portland concerts. With 400 acres of greenery, Washington Park is home to a number of attractions, including the Japanese Garden, the Oregon Zoo, the World Forestry Center and a children's museum. The upcoming Portland concerts will give you a valid reason to take a break from your daily grind. Take a look at the Portland concert calendar.

For premier theatrical productions, don't overlook the Artists Repertory Theater, the Third Rail Repertory Theater or the Portland'5 Centers for the Arts. Anytime you want a good laugh, head to some of the hottest clubs in town. These include the Helium, the Brody Theater and Harvey's Comedy Club. Browse CheapTickets not only to check out the Portland concert schedule but also to find out more about the many entertainment options in Portland.

Long before Lewis and Clark explored the land that would become Portland, the land belonged to the Chinook tribe. The settlers quickly made Portland their new home by cultivating the area and indulging in their traditions. In an effort to preserve Portland's natural beauty, the parliament established an urban growth boundary in 1970. Around 1990, Portland saw a somewhat meteoric rise in its population. The city's abundant nature and graphic design industries served as the main allurements. The influx of artists led to the construction of more galleries and theaters. And today, Portland is largely renowned for its vibrant art scene.

Did you know these facts about Portland?

Things to do in Portland

History buffs will surely love and remember the Pittock Mansion. Take a guided tour to snap pictures of the mansion's unique architectural styles and Renaissance structures.

Join fellow music fans at either the Portland Jazz Festival or the Pickathon Indie Roots.

Fall in step with the many foodies in town at Feast Portland, an international culinary festival.