Live events
More travel
Event Tickets Support
Resale prices may be above or below face value.
Phoenix, AZ
All Locations Current Location   loading...
You have disabled location tracking in your browser. Please enable it or enter your location below.
All Dates
From
To
Pick Dates Today This Weekend This Month All Dates 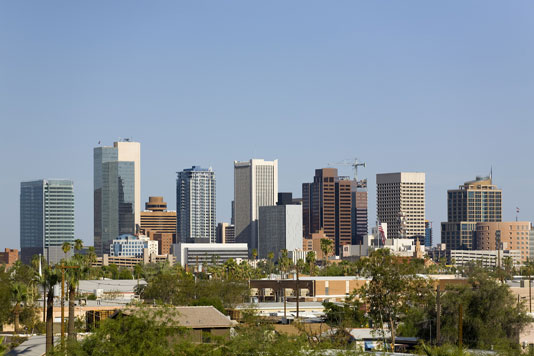 Phoenix may be a desert town, but its cultural landscape is far from barren. Whether you're looking to watch a sports game or go see a concert, there are Phoenix event tickets or that — and plenty of them, considering the bustling performance and sports scenes.

Baseball is America's favorite pastime, and its particularly beloved in Phoenix. So head on over to Chase Field to catch the Arizona Diamondbacks in action. They are relatively new on the MLB scene, since they only formed in 1998, but their defeat of the New York Yankees in the 2001 World Series put them squarely on the map.

Phoenix is also home to the Phoenix International Raceway. This NASCAR track is one that any fan would relish a visit to. Phoenix November events at the track include the Lucas Oil 150, the Can-Am 500 and the NASCAR Xfinity Series.

The Phoenix concert calendar this year is still full of amazing live shows. Upcoming shows in Phoenix include Def Leppard, Blink-182 and Bob Dylan. And Phoenix has many dazzling outdoor concert venues for them to rock, including Ak-Chin Pavilion, Mesa Amphitheater and Hance Park.

Family events in Phoenix this weekend can include a visit to Papago Park. The park is a beautiful 1,200-acre area that includes the Phoenix Zoo as well as the Desert Botanical Garden.

In 1867, Jack Swilling of Wickenburg discovered that the land in Phoenix was great for farming, so he built canal systems to revitalize the city. Phoenix rose from the ashes of an ancient civilization to become the seventh largest city in the United States.

A century after its founding, Phoenix was in the full swing of said rise almost overnight it became an exotic desert destination and its nightlife scene exploded. At the same time, it began collecting its impressive sports franchises, beginning with the Phoenix Suns in 1968.

Did you know these facts about Phoenix?

Things to do in Phoenix

The Arizona State Fair is one of the upcoming Phoenix events that you really should attend in October. Shows coming to Phoenix during the concert series are available on the schedule now.

Mighty Mud Mania is an annual event that is great family fun for those who don't mind getting dirty. The Phoenix event calendar has featured this muddy day of fun since 1976.

The Fiesta Bowl is always on the events calendar in Phoenix, but did you know that there is a Fiesta Bowl Parade? If you are looking for fun Phoenix December events, check out this parade that goes throughout the city.