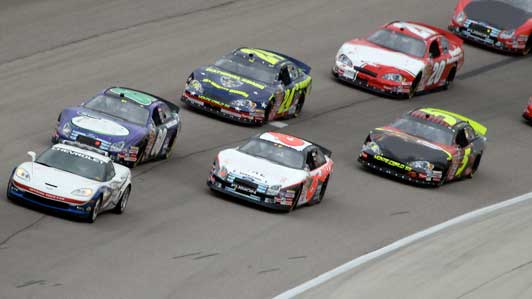 Founded in 1948, the National Association for Stock Car Auto Racing, Inc. has had historic competitions, races and events for nearly seven decades. As one of the most popular spectator sports in the United States, NASCAR has grown significantly over the years, now sanctioning thousands of races across North America each year, including Canada and Mexico. European competitions have also begun under the NASCAR name. Drivers compete both in individual races, earning points throughout the season to determine the annual champion.

Memorable moments and drivers
Legends of the track have made their way into popular culture for decades, and are among the most beloved athletes in the country. There have been countless historic moments in NASCAR. Spanning all the way back to the '50s, the first ever Daytona 500 actually came down to a photo finish, in which three days of review finally gave Lee Petty the win over Johnny Beauchamp. No one could ever forget when Rusty Wallace bumped Darrell Waltrip, sending the latter's car on a skid and the former to win the All-Star Race in 1989. More recently, Ricky Craven's victory over Kurt Busch at the 2003 Sprint Cup by a margin of .002 seconds was another epic moment for the sport.

Rowdy atmosphere
Considering the fact that many cars will be traveling at speeds above 200 miles per hour around an oval track, you can be sure that this will be a loud and rowdy event. Many of the races will include hundreds of laps, and are held in outdoor arenas during the warmer months. This means you will need plenty of sunscreen, a pair of good sunglasses, and a lot of beverages to truly enjoy one of these events. NASCAR pits the greatest drivers in the world against one another, and you can have a front-row seat to one of the fastest, most exciting sports of all when you attend a race! The NASCAR season runs throughout the year, with series and Cup-level competitions being the most consistent and complemented by exhibition races. The championship is decided upon 36 races that run from February through November, and tend to be the most competitive. In short, you should get your cheap NASCAR tickets now! Don't miss an opportunity to catch one of these memorable events - get your NASCAR tickets today!