Live events
More travel
Event Tickets Support
Resale prices may be above or below face value.
San Jose, CA
All Locations Current Location   loading...
You have disabled location tracking in your browser. Please enable it or enter your location below.
All Dates
From
To
Pick Dates Today This Weekend This Month All Dates 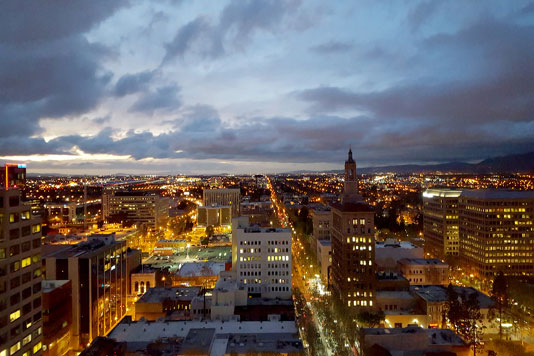 San Jose, sometimes called the "Capital of Silicon Valley," has boomed over recent decades, becoming a magnet for business and tourism. With all the attention it's receiving, it's better to book your cheap San Jose tickets before your trip to make sure you won't miss out!

Nearly every major music star makes a stop in San Jose. From Barbra Streisand to Fifth Harmony, San Jose puts on spectacular shows in its many different venues. Indeed, the SAP Center is one of the busiest venues in the world. Levi's Stadium and the Concord Pavilion also wow fans with their big name artists. Broadway fans should pick up cheap tickets to the Orpheum Theatre or the San Jose Center for Performing Arts, which hosts everything from the Star Trek Symphony to The Book of Mormon.

San Jose shares claim to the San Francisco 49ers, an NFL team that is constantly making appearances in the Super Bowl. Soccer fans can head to the brand new Avaya Stadium to see the San Jose Earthquakes take down their MLS competitors. The Sharks represent San Jose in the National Hockey League and the Barracuda are San Jose's men in the American Hockey League, both cutting the ice at the SAP Center.

As the city continues to grow in popularity, cheap San Jose tickets will be hard to find. Pick up yours today so you can guarantee a perfect stay in San Jose.