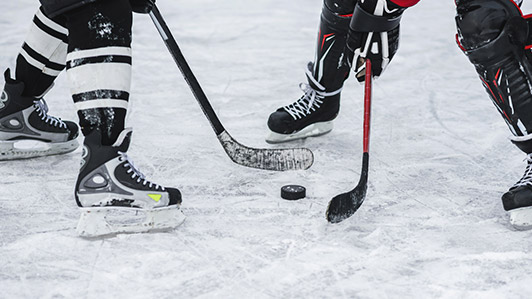 If there is one sporting event that you don’t want to miss this year, it’s a live Philadelphia Flyers game. This team is a dynamic powerhouse that’s sweeping through opponents every single week. The atmosphere at a Flyers game is unlike any other in the sporting industry: fans are electric, buzzing with energy, and bring a spark that is impossible to manipulate when watching on your TV. Be a part of all the excitement this season, order your cheap Philadelphia Flyers tickets today!

The team was created during the 1967 NHL Expansion, and were the first team in the post-Original Six era to win the Stanley Cup. They were also the team with second-best points percentage in the NHL at 58.8%, only behind the Montreal Canadiens. Additionally, the Flyers have the most appearances in conference finals of all the 25 expansion teams. Early on the Flyers were hindered performance wise due to the expansion rules of the time, only allowing expansion teams to select from aging, veteran players. This was an attempt at the time to protect the Original Six teams from losing their star players to newer, underdeveloped teams. In their first season the Flyers were able to bring home their division title but were quickly eliminated in the first round of the playoffs by the St. Louis Blues. As the Flyers were a part of the NHL’s first major expansion, the teams that were added were all clumped into the same division- allowing for the Flyers to quickly rise to the top.

In the 1969 NHL Draft the Philadelphia Flyers took a chance on 19-year-old Bobby Clarke, who later proved to be the best player on the team in his rookie season. Under Bobby Clarke the Flyers qualified for the playoffs for several years. As an attempt to make the team more of a powerhouse, management began recruiting bigger, more physical players. By the 1972-1973 season they began being known around the league as the “Broad Street Bullies” due to the physicality they suddenly were bringing to the ice. By the time the 1974 playoffs rolled around the Philadelphia Flyers were one of the better teams in the league, and quickly found themselves in the Stanley Cup Finals for the first time against Bobby Orr and the Boston Bruins. Finishing in six games, the Flyers brought home their first ever Stanley Cup. The following season the Flyers became back to back champions when they defeated the Buffalo Sabres.

After winning their second Stanley Cup the Philadelphia Flyers failed to reproduce anything again in the post season, despite appearing numerous times. Throughout their ups and downs in the league they have enlisted some of the best players in the league including current captain Claude Giroux, Wayne Simmonds, Sean Couturier, Brian Elliott, Travis Konecny, and Shayne Gostisbehere. With some coaching and roster changes made during the off season, fans are eager to see what the Philadelphia Flyers are capable of doing this season.

Their rivals include greats such as the New York Rangers dating back to the 1970s, the New York Islanders, and of course, the Pittsburgh Penguins. Be sure to check out star players Claude Giroux, Jakub Voracek, and Ivan Provorov tear up the ice against their greatest rivals!

The Flyers-Penguins rivalry, also known as the Battle of Pennsylvania, is one of the most intense rivalries in the NHL. The rivalry began in 1967 when the teams were introduced to the NHL’s “Next Six” expansion wave. The rivalry is so intense due to the divisional alignment and geographic location, as both teams play in the commonwealth of Pennsylvania. The Flyers and the Penguins have met in the Stanley Cup playoffs four times since 2008, which has heated the competition even more in recent years.

The Flyers-Rangers rivalry, also known as Broadway versus Broad Street, is one of the most storied and well-known rivalries in the NHL. The two teams have met eleven times in the Stanley Cup Playoffs, with the Flyers wining six and the Rangers winning five of the series and have also been divisional rivals since the 1974-1975 season. The ferocity of the rivalry can be attributed to the geographic New York-Philadelphia rivalry, which is mirrored in the NFL’s Eagles -Giants rivalry, the NBA’s Knicks - 76ers rivalry, and the MLB’s Mets - Phillies rivalry.

Fans are rushing to get cheap Philadelphia Flyers tickets, so make sure to act fast! You don’t want to miss out on a sold-out game and be stuck watching from home, get your cheap Flyers tickets here to see your favorite team for yourself!