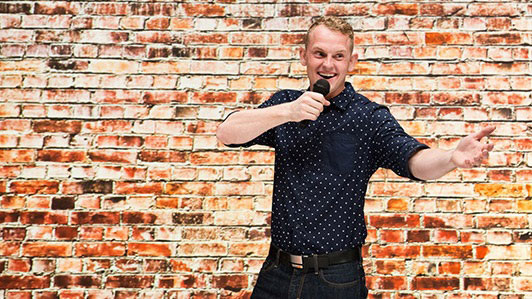 Adam Sandler's position as one of the most hilarious men of today makes his standup shows wildly popular. Relatable and yet unashamed, he's dominated TV and the silver screen, becoming a household name. Cheap Adam Sandler tickets are a hot item, so make sure you buy yours today to reserve your spot laughing along with this king of comedy.

Bringing down the house with laughs
Originally from New York City, Adam Sandler treaded into comedy as a teenager. He began his career in TV and films, but it was his standup that snagged him a spot on Saturday Night Live. He soon became a cultural icon with cheeky songs like "The Thanksgiving Song" and "The Chanukah Song." Now a leading man, Adam Sandler has starred in blockbuster films like Happy Gilmore, The Wedding Singer, Punch-Drunk Love, and 50 First Dates. In 1993 he recorded his first standup special, They're All Gonna Laugh at You! The special was a smash hit, receiving double platinum, and was followed by another double platinum special, What the Hell Happened to Me?, three years later.

Sandler is back with a new tour!

One of the most successful comedians and actors in the history, Adam Sandler announced he is returning to stand-up this fall! After taking a short break from the stages and focusing on other projects, Sandler will be back on the road with a show guaranteed to make you laugh! The tour kicks of at the Mohegan Sun Arena in Uncasville, CT on October 20! From there, Sandler will be travelling to 14 cities including Allentown, Boston, Elmont, Tampa and others! With many anticipating the return of the comedy master, tickets are likely to be gone soon! Don't miss out on the laughter-filled performance and get your cheap Adam Sandler tickets before it's too late!

A night with Adam Sandler is a feel-good, thrilling evening of comedy. With his sharp insights and boyish charisma, Adam Sandler shows frequently sell out. Make sure you snag your cheap Adam Sandler tickets here for a hilarious night with a living comedy legend!