Live events
More travel
Event Tickets Support
Resale prices may be above or below face value.
San Francisco, CA
All Locations Current Location   loading...
You have disabled location tracking in your browser. Please enable it or enter your location below.
All Dates
From
To
Pick Dates Today This Weekend This Month All Dates 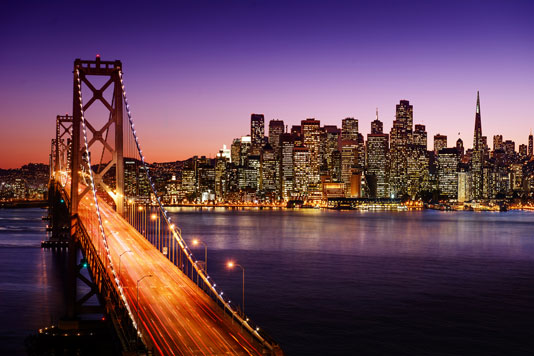 Time your next visit to California to take advantage of the many San Francisco Labor Day events. You can kick off the football preseason with San Francisco 49ers vs Denver Broncos tickets at Levi's Stadium, or you might score San Francisco Giants tickets and watch one of the best teams the MLB play at AT&T Park right along the beautiful San Francisco Bay.

San Francisco is a renowned cultural center with a wide selection of world-renowned live entertainment. You can buy tickets in San Francisco for the city's famous Symphony at Davies Hall or the spectacular Opera at the War Memorial Opera House. When you buy theater tickets in San Francisco, you'll have your choice of attending a performance at the American Conservatory Theater, the City by the Bay's Tony Award-winning regional theater or the fabulously refurbished 1920s Orpheum Theatre, which hosts the area's best Broadway shows.

The Bay Area is also a thriving scene for contemporary music. If jazz is your thing, buy concert tickets in San Francisco for SFJazz Center, one of the only nonprofit organizations in the country dedicated to the celebration of this powerful American music genre. Catch a show at Feinstein's at the Nikko, Bimbo's 365 or the Great American Music Hall. Cheap San Francisco tickets are your passport to a range of entertaining experiences, and CheapTickets makes it simple to get the San Francisco event tickets you're looking for.

San Francisco first earned its reputation for individuality during the California Gold Rush of 1849. But it wasn't until the 1950s that the city shot onto the cultural scene as the birthplace of the now-famous Beats and their freeform literary movement. And with the '60s and '70s came the hippie reputation that the city is still known for today.

Today, the City by the Bay is more posh and sophisticated than ever. It's rapidly becoming one of the most affluent and tech-savvy metropolitan areas on earth. And with its dramatic setting and its unique blend of architecture, it's also one of the most strikingly beautiful. So the rabid Giants and 49ers fans might take you a bit by surprise when you first arrive. The glammed up crowds heading to the prestigious San Francisco Opera, however, may not.

Did you know these facts about San Francisco events?

Things to do in San Francisco

Catch NFL Preseason games for the San Francisco 49ers and get in on the action before football season even technically starts. Think of all the extra tailgaiting...

Check out fresh talent and established comedians alike at local comedy clubs like Cobb's Comedy Club, or head over to Mountainview for the Oddball Comedy & Curiosity Festival. This event, put on by Funny or Die, features Bobby Lee, Jeff Ross and Tracy Morgan.

Whether you want San Francisco baseball tickets or other Bay area tickets, search this site.