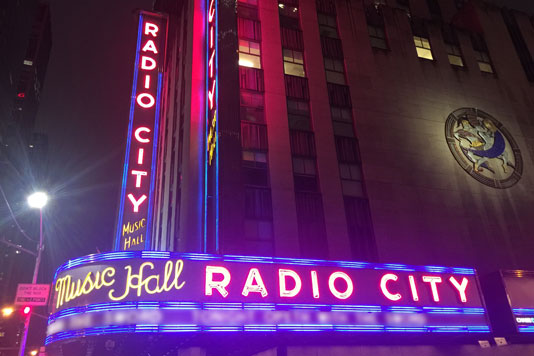 The Foundations of Entertainment

Radio City Music Hall opened in 1932 as the world's largest stage, an ambitious project in gorgeous Art Deco design. Throughout the decades the venue operated in a myriad of ways, from staging variety shows to hosting film premieres. In the 1970s, the building was in danger of being closed and renovated into something unrecognizable. However, when the interior was granted city landmark status, Radio City was saved. Since then, it has become an epicenter of diverse entertainment. From the Grammy Awards to the NFL Draft, Lady Gaga and Tony Bennett to Cirque du Soleil, the venue has something to offer everyone. Of course, some of the most popular shows at Radio City star the Rockettes, the precision dance team with their world-famous high kick. Cheap Rockettes tickets are a hot item, especially when the Radio City Christmas Spectacular is running, so make sure you buy yours now so you aren't disappointed by a sold-out show!