Live events
More travel
Event Tickets Support
Resale prices may be above or below face value.
Minneapolis, MN
All Locations Current Location   loading...
You have disabled location tracking in your browser. Please enable it or enter your location below.
All Dates
From
To
Pick Dates Today This Weekend This Month All Dates 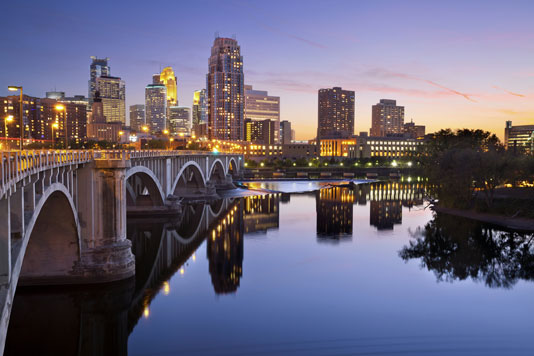 Minneapolis's reputation as a creative and off-beat city has turned it into a blossoming tourist destination. And as one half of the "Twin Cities," Minneapolis offers twice the chances for fun. So whether you're a local looking for weekday diversions or a visitor packing out a short trip, you can find your cheap Minneapolis tickets here!

Cheap sports tickets
With five pro teams, Minneapolis sports fans have plenty to get excited about all year round. Football legends like Fran Tarkenton and Brett Favre have played for the Minnesota Vikings. In the summer, baseball fans enjoy the glorious weather at Minnesota Twins games. The Minnesota Lynx have scored three championships in the last ten years, making them one of the hottest teams in the WNBA.

Cheap concert and theater tickets
Minneapolis has a cult reputation as a hotbed of alternative music, having sparked the careers of music legends like Bob Dylan and Prince. There's a groove for everyone here in Minneapolis, whether you're trying to score tickets to Broadway classics stopping at the Orpheum Theatre, epic summer concerts like Billy Joel at Target Field, or hot shows such as Bruno Mars or Iron Maiden at the Xcel Energy Center.

So whether you want to go grunge on the local music scene, indulge in the hip food and craft beer scene, party at a superstar concert, or laze your day away at a baseball game, round out your plans by picking up your cheap Minneapolis tickets here!