Live events
More travel
Event Tickets Support
Resale prices may be above or below face value.
Miami, FL
All Locations Current Location   loading...
You have disabled location tracking in your browser. Please enable it or enter your location below.
All Dates
From
To
Pick Dates Today This Weekend This Month All Dates 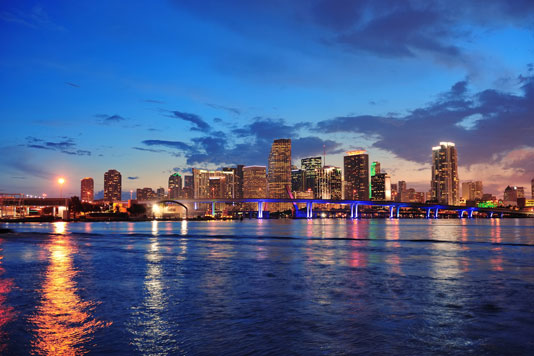 From Little Havana to Coral Gables and the street art of the Wynwood District, Miami is teeming with unique sights and experiences for locals and travelers alike. Basketball fans can score Miami Heat game tickets to watch the team on its home turf at the American Airlines Arena. Two miles west of Miami's downtown, you'll find the ultra-modern Marlins Park where the Miami Marlins play their home games.

Miami has a huge music scene, so you'll be able to find music events in Miami practically every night of the week. The Adrienne Arsht Center is the ticket to Miami classical symphonies and sonatas while the mid-sized Grand Central is the place to get your rock 'n' roll groove on.

If live performance art is your pleasure, you'll find events going on in Miami at the Biltmore's GableStage, the City Theater or Teatro Trail. The Magic City is also legendary for comedy clubs like Villain Theater, Gramps and Just the Funny.

According to legend, Ponce de Leân was searching for the Fountain of Youth in the 16th century when he discovered the site where Miami now stands. For many years, population growth in the area was fueled by retirees fleeing colder climates, but in the 1980s, millions of Cuban migrants joined their ranks. Today, the Magic City is one of the most culturally diverse metropolitan areas in the United States, creating an equally exciting events and theater scene throughout the city. From vibrant street art and salsa clubs to a world-class, much-beloved baseball team not to mention those gorgeous art deco hotels Miami is a must-visit city for lovers of music and culture.

Did you know these facts about Miami?

Things to do in Miami

The Beaux Arts Festival of Art in January features a juried competition for more than 250 artists as well as great music and food.

Every year, the Miami International Film Festival attracts more than 400 filmmakers and 70,000 fans.

Take part in the Discover Orange Bowl festivities in early January. Enjoy plenty of sporting and social events before and after the big game.