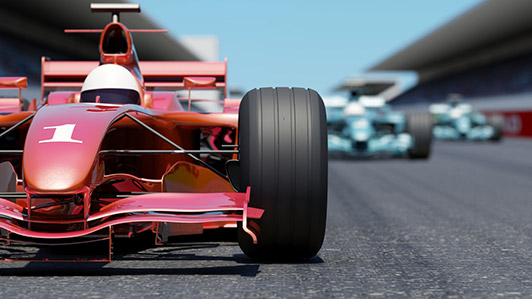 If you are someone who loves an adrenaline rush, then there's a good chance that you have heard about Formula One. Formula One is one of the most intense racing series in the world. Filled with races all over the world on tracks that come in many shapes and forms, this is a surefire way to get the heart rate up. Formula One returns to the track in 2022. What does this mean for the future?

A Brief History of Formula One

Formula One is the highest level of international auto racing for cars that seat only one person. Formula One was founded in 1950 and the name comes from its set of rules. For people to participate in Formula One, they must agree to follow this set of rules. Formula One races take place all over the world. Teams will travel from country to country, testing their skills on tracks that come in many shapes and forms. Then, the results of each racer are evaluated using a points system. Points are awarded in accordance with where people finish in races. A first-place finish is worth more than a second or third-place finish. Even though Formula One is traditionally associated with Europe, Formula One has expanded to other locations throughout the world as well. Now, Formula One is one of the most popular racing series across the globe. Tickets for Formula One are now available from CheapTickets, including at the Circuit of The Americas race track in Austin, TX USA.

Cheap Formula One Tickets Are on Sale Now

One of the most exciting sporting events in the world, the Formula One racing series is back in action once again in 2022. With some of the top drivers in the world clamoring for an opportunity to compete, this is sure to be an exciting event. The good news is that cheap Formula One tickets are now available. With a lot of pent-up demand for Formula One action, these tickets are unlikely to last for very long. Be sure to book your tickets ahead of time and figure out what everyone has been talking about when it comes to Formula One races!

Circuit of the Americas welcomes US Grand Prix to Texas in 2021. Formula 1 races came to Austin for the one of the biggest races worldwide. The Grand Prix races are always unlike any other auto race, fans from all over the country went to see this one live. New cars, new venue and a whole new crowd came to track in October for the racing event of the season. Get tickets to the next Formula 1 race now.

Formula One Races in USA

Formula One racing had two major events in the United States in 2022. The first race was in Miami in May, held at the Miami International Autodrome. The newly built track welcomed Formula 1 as their first major event since construction finished in 2021. The track is within Hard Rock Stadium, guaranteed to attract fans from all over to the races. The next 2022 event was the US Grand Prix in October. The race was held at Circuit of the Americas in Austin, a great place to bring in racing fans. Formula One had major event in America in 2022, check the schedule to see when the next event is near you. Tickets are available now!