Live events
More travel
Event Tickets Support
Resale prices may be above or below face value.
Denver, CO
All Locations Current Location   loading...
You have disabled location tracking in your browser. Please enable it or enter your location below.
All Dates
From
To
Pick Dates Today This Weekend This Month All Dates 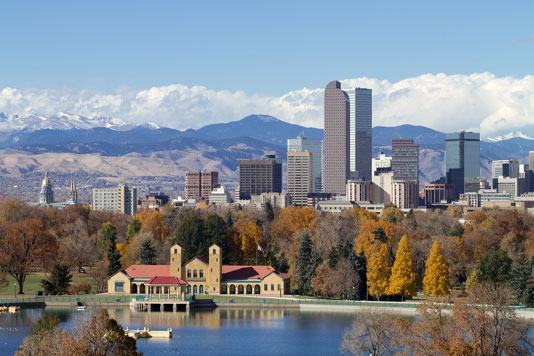 There are many reasons to visit the city of Denver, CO, but its entertainment venues are head and shoulders above the rest. Sports fans will want to get Denver Broncos game tickets and head to Mile High Stadium, one of the most storied arenas in professional football. Basketball and hockey fans will want to get their hands on Denver Nugget tickets or Denver hockey tickets and head over to the Pepsi Center for an NBA or Colorado Avalanche game. Seeing The Rockies play at Coors Field is also a great way to spend the day.

For those looking to inject more culture into their night out, you can get your Denver theater tickets to the illustrious Ellie Caulkins Opera House or take in a show at the Stage Theatre.

If you are looking to snatch up prime Denver concert tickets, the Pepsi Center hosts all the leading musicians of today, and the Red Rocks Amphitheater is world renowned for its atmosphere and memorable concerts. If you prefer stand-up comedy over concert tickets in Denver, take in an act at The Buell Theater, The Paramount Theater or The Bluebird Theater.

The ultimate score in terms of Denver event tickets would be one of the city's annual music festivals. The Denver Day of Rock sits right on the streets of downtown. If youâre a punk and rock music fanatic, the Riot Fest is just the ticket. Itâs held at the National Western Stock Show Complex every year. The Underground Music Showcase is the biggest independent music festival in the area and is spread over some of the city's most popular venues, including Kings Tavern, Baere Brewing Company, Hi-Dive, the Skylark Lounge, South Broadway and many more.

Denver's history dates back to the 1850âs as a mining town. Its population boomed over the years, and Denver became the state capital in 1867. The railroad brought even more residents out west, and Denver became a major transportation hub after World War II. Oil and gas companies erected skyscrapers; and today, the city is an urban center that attracts thousands of visitors year-round.

Check out the calendar on this site for the latest information on events in Denver, CO.

Did you know these facts about Denver?

Things to do in Denver

No trip to Denver would be complete without seeing one of these fantastic annual events. Cinco de Mayo, held at Civic Center Park, is one of the largest of such events in the United States. Film on the Rocks at the Red Rock Amphitheatre offers a great evening out. To mingle with locals and listen to great music, attend The Sunnyside Music Fest at Chafee Park.