Live events
More travel
Event Tickets Support
Resale prices may be above or below face value.
Orlando, FL
All Locations Current Location   loading...
You have disabled location tracking in your browser. Please enable it or enter your location below.
All Dates
From
To
Pick Dates Today This Weekend This Month All Dates 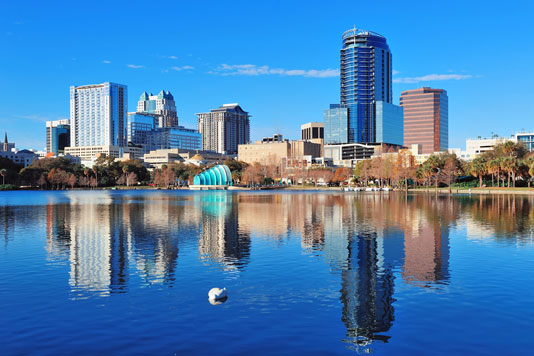 YES, Orlando is the home of Disneyworld, and that's likely to take up a bunch of family time on your trip. But what if you are in the area and want to check out other events in Orlando this weekend? Luckily, we've got you covered: Orlando has a ton of great entertainment options for visitors and locals alike. The Orlando calendar of events is often packed with excellent activities for both families and singles as well, meaning there's plenty of variety here.

Love basketball? Then feel the magic — this city plays host to the Orlando Magic, a basketball franchise that's been home to legends Shaquille O'Neal, Penny Hardaway, and Dwight Howard. Check out the Orlando calendar of events to find a game or eight that you just can't miss.

Sports and theater fans, take note: Get those cheap Orlando tickets on CheapTickets in advance, so you can spend your time doing something far more valuable kicking back and really enjoying the best events Orlando has to offer.

As the legend goes, Orlando was originally named after the area's first settler, Aaron Jernigan. After a series of disgraceful acts by its namesake, Jernigan, Florida soon needed a new name. Orlando Reeves just happened to be one of the area's proudest locals, so in a show of respect, the early founders renamed the town after him instead.

Little did they know that their now-honorable 'founder' would be overshadowed decades later by a far more interesting native — a certain mouse and his vast magical kingdom. Today, Orlando is known for just about a single thing: Amusement parks. But that's nowhere near all you can do in this strange and wonderful metropolis. See a thrilling NASCAR race, the Florida Citrus Bowl, or Broadway shows at venues like the Plaza Theatre.

Did you know these facts about Orlando?

Things to Do in Orlando

Downtown Orlando events offer up a plethora of comedy clubs, minor league sporting events, and plays. If you love music, head to the MidFlorida Credit Union Amphitheatre, Amway Center or House of Blues to catch some live tunes at Orlando Concerts..

Think you can't play hockey this close to the equator? Think again and catch a heated game between local rivals Orlando Solar Bears and The Florida Everblades as they battle it out at Amway Center.