Live events
More travel
Event Tickets Support
Resale prices may be above or below face value.
Nashville, TN
All Locations Current Location   loading...
You have disabled location tracking in your browser. Please enable it or enter your location below.
All Dates
From
To
Pick Dates Today This Weekend This Month All Dates 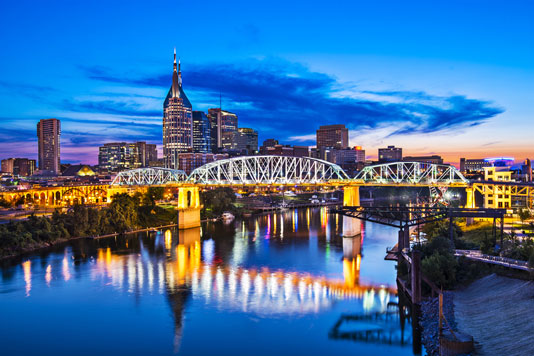 There is a tremendous number of events in downtown Nashville no matter the time of year you visit. If you're a hockey fan, get Nashville Predators tickets to see the team play at Bridgestone Arena. Pray for some unforgettable touchdowns while seeing the Tennessee Titans play at Nissan Stadium. Or head to a soccer game at Vanderbilt Stadium, where the Nashville Football Club team plays.

If you prefer live music to sports, The Bluebird Cafe, the Grand Ole Opry and the Ryman Auditorium all host the country music scene that Nashville is known for. Downtown Nashville events include music festivals throughout the year, such as the CMA Music Festival and Music City July 4th.

For live comedy shows, head to Zanies Comedy Showplace or The East Room to enjoy a night of laughter with friends. While in Nashville, you can even catch Broadway shows at the Tennessee Performing Arts Center or head to the cinema the old-fashioned way at the historic Belcourt Theatre. Tickets for Nashville entertainment range widely in price, so you're sure to find an exciting activity to complete your weekend, no matter your budget.

Founded as Fort Nashborough in 1779, the city of Nashville is actually older than both the U.S. Constitution and the state of Tennessee. It was not only one of the gateways to the west before the entire United States was settled, but it was also the state capital for a period of time as well.

And while we canÃt likely can't trace Nashville's musical roots back quite that far, the city had a distinctly rhythmic reputation as far back as the late 1800s. Specifically, the wildly popular local act Fisk Jubilee Singers performed for Queen Victoria, and the theater that would become The Ryman Auditorium was completed in 1892 (long before the Grand Ole Opry was a twinkle in the city's metaphoric eye). Shortly thereafter it gained a reputation as the "Carnegie Hall of the South", and the rest is history.

With all the events in Nashville today, there is always something new and fun to do, whether you're looking for Nashville events in April or Nashville summer events. Check out this site's calendar for tickets to Nashville's best concerts and events.

Did you know these facts about Nashville?

Things to do in Nashville

The Bonnaroo Music & Arts Festival is one of the largest music and arts festivals in the region.

If you're a country music fan, you can't ignore the CMA Music Awards, the biggest night of awards in the industry.

Jack Daniel's Bash on Broadway is one of the most entertaining New Year's Eve events in Nashville.