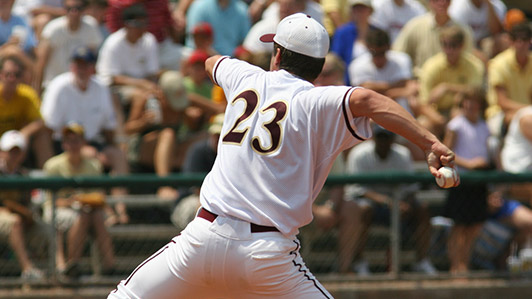 Hungry for a Title

Created as part of the 1969 expansion team, the Milwaukee Brewers were originally located in Seattle and went by the name Seattle Pilots. When the club went bankrupt after only one season, they were bought out and moved to Milwaukee. When they first started out in Seattle the team played under the American League Western Division, where they continued to play until 1972. To make room for the new Texas Rangers they switched over the Eastern Division of the American League. The team again changed their division to Central in 1994 due to re-alignment by the league. In 1997 they completely switched over to the National League Central Division which they still play within today. Although they have never won a World Series, the Brewers have been contenders in the post season several times. They have won a total of three division titles, 2 with the NL and one with the AL. Most recently, in 2018 they made it all the way to National League Championship Series, only to be defeated by the Los Angeles Dodgers in game seven. With the Brewers continuously falling short of a World Series title, this young team is hungry to win.

Beginning in 1996 the city of Milwaukee funded the construction of a new ballpark for the Brewers. Upon its completion in 2001 the team left their previous venue, the Milwaukee County Stadium, and began playing in Miller Park. Some unique features of the park include a fan-shaped roof that is capable of closing in less than ten minutes and glass panels on the roof that allow for the stadium to naturally grow grass for the field. The team and city are famous for their sausages, bratwursts and beer — making every game more enjoyable! To get the fans in on all the fun there is a sausage race that happens in the sixth inning every game as well as the singing of “Roll Out the Barrel” during the seventh inning stretch, each paying tribute to the culture of Milwaukee. Fans can also walk through Miller Park Walk of Fame as well as the Brewers Wall of Honor, both of which were created to honor past and present Brewers players, coaching staff and executives.

Every season, millions of fans who buy Brewers tickets and head to Miller Park experience the unique tradition that is Brewers baseball. Don't miss out on your chance to root on the Brewers this season! Get your cheap tickets to the Milwaukee Brewers 2022 season today!

How Much are Milwaukee Brewers Tickets?

Different factors all go into the pricing of Milwaukee Brewers tickets, such as timing of the game and their opponent for the game. Tickets are currently being sold at an average of $101 for the 2022 season. Get the most affordable Brewers tickets here on CheapTickets!

Where Can I Buy Milwaukee Brewers Tickets?

CheapTickets has a huge inventory of Milwaukee Brewers tickets at great prices for any fan! Browse games by filtering your preferences and take a birds-eye view tour with our seating map to get the best tickets for you. Purchase your tickets fast as they will sell out over time!

How Can I Get Cheap Brewers Tickets?

Cheap Brewers tickets are easy to get right here on CheapTickets. Get tickets to a Milwaukee Brewers game starting at only $3! Here at CheapTickets, Brewers fans will always find the best prices for their games. Get your tickets today before time runs out!