Live events
More travel
Event Tickets Support
Resale prices may be above or below face value.
Salt Lake City, UT
All Locations Current Location   loading...
You have disabled location tracking in your browser. Please enable it or enter your location below.
All Dates
From
To
Pick Dates Today This Weekend This Month All Dates 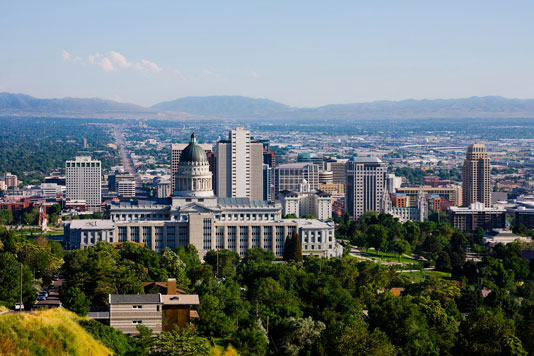 As the Crossroads of the West, Salt Lake City has transformed from an arid expanse of desert into a booming metropolis. It's a hub of culture in Utah, a growing city that has a lot on offer. No matter what your plans are for your Utah trip, you can pick up your cheap Salt Lake City tickets here!

Cheap music and theater tickets
Salt Lake City is a frequent stop for touring artists and shows, especially with the historic Capitol Theatre offering a host of Broadway and Off-Broadway shows. The Rose Wagner Performing Arts Center and the Utah Symphony Orchestra showcase breathtaking dance and musical talent, while the local music scene ranges from blues to underground metal.

Cheap sports tickets
Salt Lake City is located in stunning natural beauty that allows for a diverse range of sports – the city even hosted the Winter Olympics in 2002! As for professional sports, Salt Lake City supports the Utah Jazz at the Vivint Smart Home Arena. The Jazz is a consistent playoff contender, leaving fans hopefully for a championship win sometime soon. The city has also become home for Real Salt Lake of Major League Soccer, a team that went on to win the MLS Cup in 2009.

Salt Lake City also draws thousands of visitors each year for various festivals, from the Sundance Film Festival to Steamfest. These visitors discover the myriad of possibilities for themselves and are eager to share their new finds with friends. Make sure you don't miss out on any of Utah's opportunities – get your cheap Salt Lake City tickets today!