Live events
More travel
Event Tickets Support
Resale prices may be above or below face value.
Detroit, MI
All Locations Current Location   loading...
You have disabled location tracking in your browser. Please enable it or enter your location below.
All Dates
From
To
Pick Dates Today This Weekend This Month All Dates 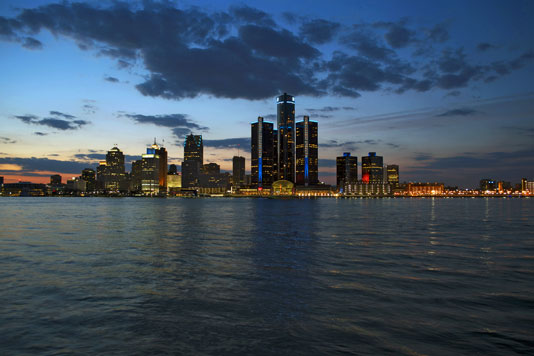 Detroit, Michigan is well-known for its many professional sports teams. The Palace of Auburn Hills is home to the Detroit Pistons basketball team, so be sure to check the Detroit events calendar to see if they are in town during your visit.

If you enjoy a good game of baseball, visit Comerica Park. Detroit Tigers tickets are an affordable way for the whole family to enjoy an outing. Look at the Detroit Tigers schedule to see if there are any night games—there are fireworks afterwards.

Football fans will want to stop at Ford Field, where the Detroit Lions play. While searching for Detroit events this weekend, keep in mind that Ford Field also holds concerts.

Top events in Detroit today might also include a play or performance at the Fox Theatre. This iconic venue lights up the night sky on weekends and weeknights when special guests come to the city.

Annual Detroit events also include the Detroit Festival of the Arts, held in the summer. The event takes place on Wayne State University's campus. Browse this site for affordable Detroit event tickets.

In the early 1900’s, Detroit's proximity to the Detroit River and Lake Erie allowed it to grow and thrive. Industry grew rapidly, and so did the city's infrastructure. This set Detroit up to become the Motor City with dozens of automobile assembly plants and some of the nation's first paved roads. The city's rapid growth fueled culture as well, especially Motown.

Music has been the most prominent feature of Detroit’s nightlife since the late 1940’s. In the1950’s, Detroit was a jazz epicenter where the stars came to perform. The 1960’s famed Detroit as the place to be for high-energy rock music. The Detroit area is generally accepted as the birthplace of the techno movement. And in the 1990’s the world was introduced to Detroit’s most popular native son, Eminem—the rap artist with the highest cumulative sales, ever.

Did you know these facts about Detroit?

Things to Do in Detroit

Metro Detroit events include the annual Monster Jam, which is held at Ford Field during the late summer. When the Detroit Tiger schedule has ended, Comerica Park is used for downtown Detroit events such as the Hockeytown Winter Festival. If you want to see an indoor Detroit concert, check out the Joe Louis Arena schedule.

Get your cheap Detroit tickets right here during your stay, or order them in advance.