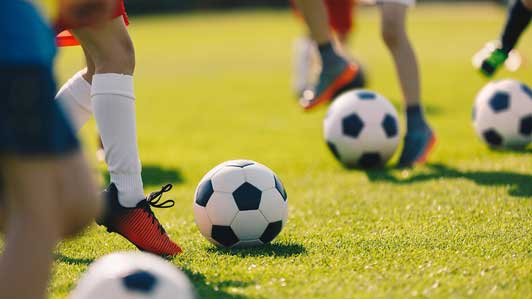 Due to unforeseen circumstances, the league put a halt on its 25th season in March 2020. Excited to get back on the field, the league decided to continue the season beginning in July 2020. All games were played at the ESPN Wide World of the Sports complex right near Orlando.

The teams were divided into six groups for the tournament. There was a group stage set of games that counted towards the 2019-2020 season, followed by the tournament. Only players, coaches and essential staff were allowed in the stadium for all games. MLS players couldn't wait to get back on the field on July 11, 2020 after the long hiatus. The Portland Timbers defeated the Orlando City SC, with a 2-1 victory in the final game.

Thanks to the last two World Cups, soccer is finally taking off in the USA! The world's most popular sport is now one of the most popular sports in America — and soccer tickets to MLS games are some of the toughest tickets to find! Soccer fans can always find cheap MLS tickets here at CheapTickets all season long! MLS teams such as New York City FC, Toronto FC, LA Galaxy, Seattle Sounders FC, New York Red Bull and Sporting KC are among the most popular teams in the league, and have rejuvenated soccer as a sport throughout North America! More and more of the best soccer players are coming over stateside to play for MLS teams! David Beckham started the trend when he signed with the LA Galaxy, and now players such as Andrea Pirlo, Frank Lampard, Kaka and Steven Gerrard call the MLS home! Soccer players are some of the world's best athletes, so it's no surprise that cheap soccer tickets are tough to come by, as eager MLS fans pack stadiums to get a glimpse of their favorite stars! Be there this season to support your favorite MLS team! Find cheap MLS tickets to the games on the MLS schedule that you want to see right here at CheapTickets!