Live events
More travel
Event Tickets Support
Resale prices may be above or below face value.
Los Angeles, CA
All Locations Current Location   loading...
You have disabled location tracking in your browser. Please enable it or enter your location below.
All Dates
From
To
Pick Dates Today This Weekend This Month All Dates 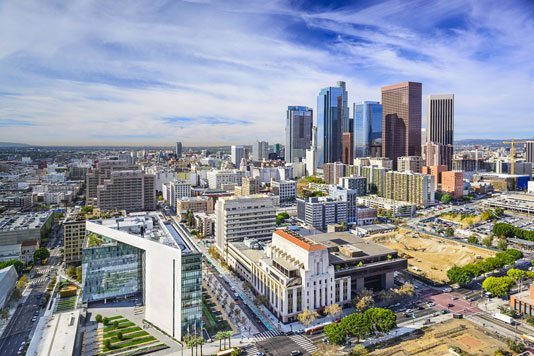 The City of Angels offers an endless supply of entertainment options, from professional sports teams to performing arts venues. Whether you're looking for LA show tickets or soccer tickets in Los Angeles, you're sure to find something that suits your taste.

If you're considering concert tickets in Los Angeles, there are many venues to choose from. The Walt Disney Concert Hall is an architectural marvel and home of the Los Angeles Philharmonic. For an outdoor concert, buy tickets for shows in Los Angeles at the Hollywood Bowl. This venue hosts a variety of musical acts throughout the year.

Los Angeles has the most professional sports team than any other city. The city has multiple NBA, MLB and NFL teams in the city limits. Much of the indoor sporting events in Los Angeles are held at the famous Staples Center. When the venue does not have basketball or hockey pucks on the floor, it holds live concerts and other events that draws in fans from all over.

Los Angeles was largely occupied by hunters and gatherers until the late 1700s when Spanish missionaries arrived. They dubbed the area El Pueblo de la Reina de Los Angeles. The town came under U.S. rule after the Mexican-American War and was incorporated in 1850.

The population increased rapidly due to the Gold Rush and the arrival of the railroad. The birth of the movie industry in the early 20th century cemented the city's legacy. In 1913, Cecil B. de Mille shot the first Hollywood movie, Squaw Man. BY 1920, 80% of the world’s films were shot in California. In 1922, the first concerts were held at the Hollywood Bowl Amphitheater. The list of supremely historic arts and culture firsts goes on and on, and the entertainment factor of this bustling city continues to thrive to this day.

Did you know these facts about Los Angeles events?

Things to do in Los Angeles

If you're in Los Angeles in January, catch the Tournament of Roses, the spectacular parade that precedes the Rose Bowl Game.

Major League Baseball begins in April. Head to the stadium to use your Los Angeles tickets and root for your team.

The LA County Fair takes place in September for some extra fun.

If you want to take in a Broadway show, Pantages Theatre hosts contemporary and classic musicals, from "Newsies" to "American in Paris." If you're an opera lover, get Los Angeles theater tickets at the Dorothy Chandler Pavilion, which offers excellent opera and ballet performances.

Are you looking for a laugh? Check out tickets to shows in Los Angeles for one of the area's comedy clubs like The Comedy Store, the Improv and The Laugh Factory.

Whatever kind of cheap tickets in Los Angeles you want, browse this site for great entertainment.