Check out these upcoming events from Wicked as the event you originally searched for is complete. 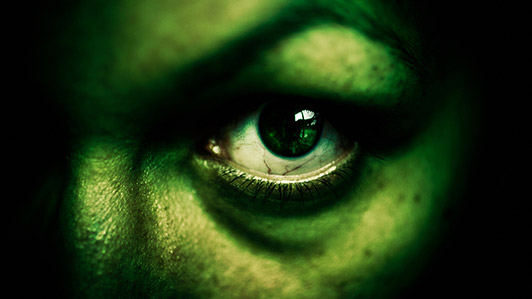 "Wicked: The Untold Story of the Witches of Oz" is a musical prequel to "The Wizard of Oz," which gives ample depth to the Wicked Witch of the West with a complex backstory. Based on L. Frank Baum's classic tale, "Wicked" adds new depth to classic characters and explores an alternate story line where the Witch of the West is a misunderstood animal lover just trying to fit in. The musical features songs by composer Stephen Schwartz and a book by writer Winnie Holzman. First entering theaters in 2003, Wicked has delighted patrons for 13 years. With over 5,000 performances highlighting dozens of talented actors, Wicked in New York is the 10th longest-running Broadway show.

Wicked on Broadway is recognized by several awards, including the Drama Desk Award for Outstanding Musical and the Outer Critics Circle Award for Outstanding Broadway Musical. The original Broadway cast album earned a Grammy Award in 2005 for Best Musical Show Album and includes favorites like "No One Mourns the Wicked," "Dancing through Life" and "I'm Not That Girl." Selling over 2.5 million copies, the album has reached double platinum status.

While new actors are fulfilling the roles of the characters since its debut production, the Broadway cast is still recognized as sublime. Wicked tickets and sales have continued to rise in popularity, allowing the production to earn over $3 million annually. This has spawned several North American and international tours and long-running replicas in West End and Chicago.

The current cast of Wicked on Broadway in New York features Hannah Corneau as Elphaba, also known as the Wicked Witch of the West. Her rival, Glinda, is played by Ginna Claire Mason. Fiyero, the shared love interest, is played by Jake Boyd. Other noteworthy talent includes Nancy Opel, Jamie Jackson, Michael McCormick and more.

Wicked went on the latest national tour beginning on October 31st. This cast featured Jackie Burns and Kara Lindsay as Elphaba and Glinda. Fans were ready to grab these tickets with a wide variety of cities to choose from. Stops on this tour included Atlanta, GA, Madison, WI, Richmond, VA, and more. There was plenty of time for fans to see this show as the tour went into the end of 2021. Enough time for you to even see it twice! Don’t miss out on this classic and be sure to get your tickets today.

Did you know these Wicked facts?

How Much are Wicked Tickets?

On average a ticket to see Wicked on Broadway is $244, although fans can find tickets as cheap as $31 on CheapTickets! For fans looking to save a bit extra on the tickets, look into attending a show on Monday, as the ticket prices are on average 21% lower than any other day of the week.

Where Can I Get Cheap Wicked Tickets?

CheapTickets has some of the cheapest Wicked tickets on the market, browse through our selection today for some great deals!

How Can I Get Discounted Wicked Tickets?

Tickets to Wicked vary in price depending on several factors. Fans looking for discounted Wicked tickets can use promo code TICKETS10 in checkout to receive 10% off their order!

What is the Current Wicked Broadway Schedule?

The Wicked schedule in New York offers evening performances every day except for Mondays. On Saturdays and Sundays, Wicked in NYC can be seen twice, once at 2 p.m. and again in the evening. This makes getting Wicked Broadway tickets easy for those visiting New York City. Each show is 2 hours and 20 minutes long with a 15-minute intermission between acts.