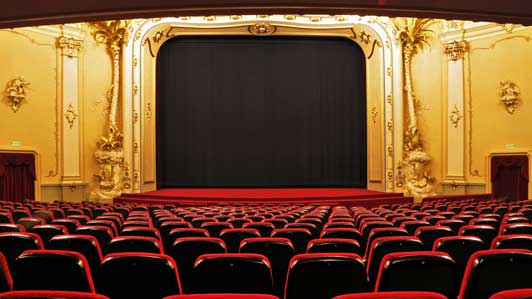 From screen to stage

Eric Idle, an esteemed Monty Python member, envisioned the musical as a new interpretation of the classic movie. Monty Python's Spamalot keeps many of the beloved characters, including King Arthur and his haphazard knights, Prince Herbert, and the Black Knight, while expanding the roles of several quirky sidekicks. Some of the best sketches from the movie now have the added flair of songs, like "He Is Not Dead Yet," "Run Away," and "Always Look on the Bright Side of Life." The show debuted in Chicago before moving to Broadway, where it opened at the Shubert Theatre in 2005. The thunderous applause for Monty Python's Spamalot went all the way to the Tony Awards, where the show won Best Musical. The next year, Spamalot went on tour and opened on London's West End. Reviews around the world have delighted in its ability to transport audiences to this riotously irreverent reimaging of legend.