Check out these upcoming events from Ghost - The Band as the event you originally searched for is complete. 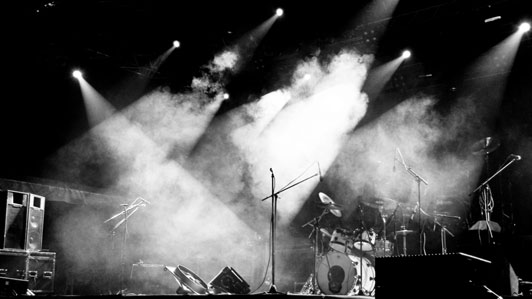 About Ghost - The Band

Ghost is a rock band that is originally from Sweden that was formed back in 2006. Their powerful rock style has grabbed the attention of audiences all over the world and has contributed to a large following. Their performance style has been described as eccentric, making them easily recognizable on stage. The band has also become known for wearing costumes that conceal their faces. Over the course of the band's history, their costumes have changed several times and have led to the rise of a popular line of Ghost merchandise. To this day, the group is still recording music and performing live. The band has been signed to several record labels over the years such as Iron Pegasus, Metal Blade, and Rise Above. The band will be going on tour again in 2019, providing all of their fans with an opportunity to hear them perform live.

A History of Ghost the Band

Ghost was formed in Sweden back in 2006. They started by performing at various locations locally before they decided to record their own music and release it. In 2010, they released a demo that had three tracks on it. This was well-received and was followed quickly by a vinyl that was titled Elizabeth. As their following grew, they decided to release a full-length album that was called Opus Eponymous . This album was praised universally and inspired them to continue playing and recording. They released a second album in 2013 which reached the top of the charts in Sweden. The band has built on their fame from this point and is going on tour again this year.

Anyone who would like to catch a Ghost concert should know that the band is going on tour in 2019. There are numerous dates all over the world in locations such as Finland, Poland, and even the western region of the United States. Cheap Ghost tickets are available but given the global popularity of the band, these are likely to sell out quickly. Plan ahead of time and catch one of their concerts!

2022 begins with a co-headlining tour with Ghost and Volbeat. The two bands kicked off their tour right after the new year and continue to tour until March. The groups were also joined by Twin Temple for some of the tour dates. Reno, was the start of the tour and from there the bands hit major US cities so fans from all over could hear them live. The tour traveled to Denver, Chicago, Houston and more cities. The last tour date was in Anaheim at the Honda Center, a great venue to end the tour at. Ghost and Volbeat tickets are available on CheapTickets before the tour kicks off.