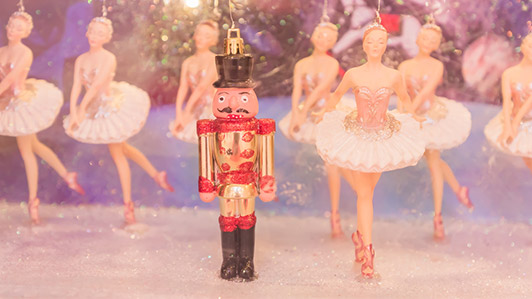 Recognized around the world by many as a tradition every holiday season, The Nutcracker is a story that never gets old. Through the enchanting music, dances, and visuals, the performance is sure to put a smile on everyone’s face this holiday season. Be one of the thousands of people flocking to the theaters today, get your cheap The Nutcracker in Washington Tickets today!

Washington’s Twist on a Classic Tale

A holiday gift like no other for the young Clara quickly becomes ruined when her jealous brother breaks it, so she no longer can play with it. Placing it under the Christmas tree the night of Christmas eve, Clara can only hope that she will awaken to it being repaired. During the middle of the night she tip toes down to get her prized gift when suddenly she notices the room filling with scurrying mice. Upon the clock striking midnight and Clara falling asleep, the magic of the night begins. Her beloved nutcracker is now battling it out in her living room with none other than the evil Mouse King. Noticing the struggle at hand, Clara steps in to help defend her nutcracker, ultimately saving the day turning him into a handsome prince. He then whisks Clara away into a magical land where the winter quickly turns into spring. It is there that Clara meets the Sugar Plum Fairy and all the other woodland creatures. Hearing of her bravery, the fairy entertains Clara with dances like she has never seen before. After the end of a breath-taking journey we are back with Clara in her living room as she sleeps with her broken nutcracker.

The Nutcracker in Washington

A favorite for many in the D.C. metropolitan area, The Nutcracker is put on every holiday season by the world renown Washington Ballet. Debuting with the ballet in 1961, the performances of The Nutcracker are put on from mid-November to late December. Originally the performances kept to the traditional story until 2004 when artistic director Septime Webre reimagined the classic tale to be a fit just for Washington. Quickly becoming a staple to Washington’s Christmas tradition, thousands travel to the nation’s capital every holiday season to see the ballet on the stage of the Warner Theatre. Experience the magic of the holiday season through the classic tale of Clara and her beloved nutcracker, order your cheap The Nutcracker Washington tickets today!