Live events
More travel
Event Tickets Support
Resale prices may be above or below face value.
Honolulu, HI
All Locations Current Location   loading...
You have disabled location tracking in your browser. Please enable it or enter your location below.
All Dates
From
To
Pick Dates Today This Weekend This Month All Dates 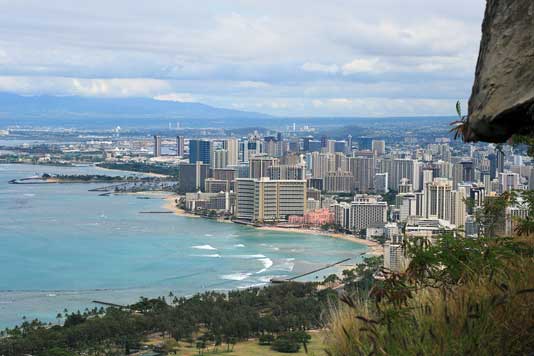 Say "aloha" to perfect weather and the scent of the sea when you open the door in Honolulu, Hawaii. Though justifiably famous for its stunning nature, Honolulu also has a vibrant arts and culture scene that locals and visitors alike enjoy. Snag your cheap Honolulu tickets here to enjoy all the island's diverse entertainment!

Sporting events
With its temperate climate, Honolulu makes it easy for the average person to get out and get fit – which is maybe why the city currently doesn't host any pro teams. However, it's still bustling with activity. With the Honolulu Marathon and Honolulu Triathlon, this island city is a hot destination for serious athletes, and locals get involved in the drama of athletics at the University of Hawaii at Manoa.

Cheap music and theater tickets
The Neal Blaisdell Center, with its multi-purpose design, has drawn everyone from Elvis Presley to Disney on Ice to Honolulu. The center also regularly hosts Broadway shows like The Phantom of the Opera and The Lion King, in addition to being the home of the Honolulu Symphony. And at the Hawaii Theatre, it's not uncommon to see big names like Norah Jones or Colbie Caillat on the marquee.

When you're done with the sand and the surf after a glorious sunset, end your perfect Hawaii day with world-class entertainment. Get your cheap Honolulu tickets here to enjoy all that Hawaii has to offer!