Live events
More travel
Event Tickets Support
Resale prices may be above or below face value.
Houston, TX
All Locations Current Location   loading...
You have disabled location tracking in your browser. Please enable it or enter your location below.
All Dates
From
To
Pick Dates Today This Weekend This Month All Dates 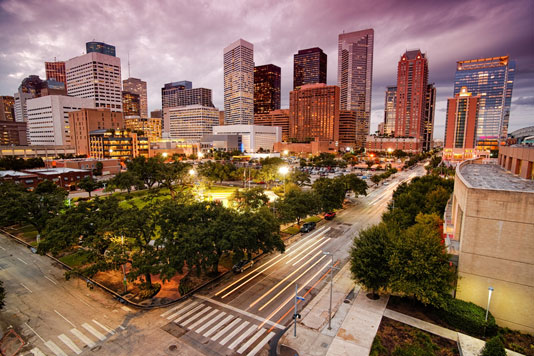 You will find a wide variety of events and festivals throughout the year in Houston. Whether you enjoy cheering on the Houston Texans with NRG Stadium tickets or listening to world-class musicians with Cynthia Woods Mitchell Pavilion tickets, the selection of Houston events and choice tickets is limitless.

The Houston Theater District is home to nine world-renowned performing arts organizations, along with several smaller ones. Prime Houston event tickets are waiting for you to savor performances of the Houston Grand Opera, Houston Ballet and Theatre Under the Stars, among others. World-class Houston Theater District venues include Jones Hall, Alley Theatre and Hobby Center for Performing Arts. Houston concert tickets are available to satisfy every music taste and genre in locations such as Miller Outdoor Theater, Cynthia Woods Mitchell Pavilion and the Arena Theatre. Smaller concert venues throughout Houston include locations such as Fitzgerald’s, Dosey Doe and House of Blues, where you can typically catch some local talent and up-and-comers from around the country.

If a good laugh is more to your liking, visit some of Houston’s premier comedy clubs. With choices such as Houston Improv, Joke Joint Comedy Showcase, Rogue Improv and Houston Comedy Sportz, you are sure to find just the right Houston comedy ticket for an evening of fun entertainment and hopefully a hearty belly laugh or five.

Houston offers a plethora of entertainment options, whether you are interested in sports tickets, theater tickets, concert tickets or tickets to the hottest comedy club. Check out our site for the best selection and value in Houston event tickets.

Houston is the largest city in Texas and ranks number four in the United States. First settled in 1836, Houston was incorporated in 1837. About 90 languages are regularly spoken in Houston, and Houston even has two Chinatowns. The varied cultural diversity of the Houston area is evident in the numerous annual events honoring the different cultures that make up the population of Houston. Houston’s Theater District is ranked second in the country.

Did you know these facts about Houston?

Things to Do in Houston

The Houston Livestock Show and Rodeo, held in late February or early March each year, offers family entertainment at its best with a host of activities and entertainment.

Celebrate Houston’s cultural heritage at any of a number of festivals throughout the year, such as Houston Chinese New Year in February, Fiesta Patrias in September or the Italian Festival in October.

Find the best cheap Houston event tickets for concerts or venues with our search tool.