Visit us in the future for new events at Imperial Theatre - NY. 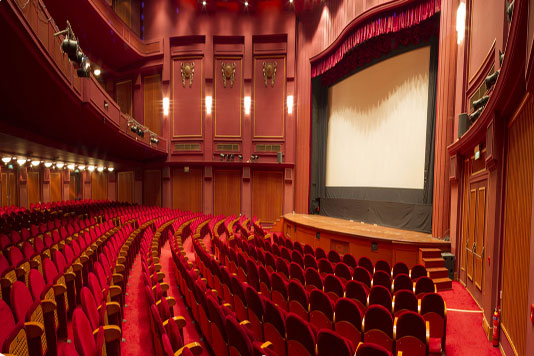 Natasha, Pierre & The Great Comet, the 2012 musical is based off of Leo Tolstoy's War and Peace. With music and lyrics from Dave Malloy, the musical focuses on Pierre's search to find meaning in his life and Natasha's affair with Anatole. The award winning musical began its run at the Imperial Theatre late in 2016, get your cheap tickets to see the Broadway hit this year!

The Shubert brothers, Sam, Lee and Jacob J. moved from Syracuse, New York to New York City and immediately began buying up some of the city's theatre space and turned them around to start producing shows. They would go on to build many of Broadway's most important theatres - including the Imperial. By the mid-1920s, the brothers owned or at least managed over 1,000 houses across the U.S.The Shuberts - America's oldest professional theatre company - founded the Imperial Theatre as a replacement for the 20 year old Lyric Theatre to host musical productions. This would be their 50th New York venue, and was designed by Herbert Krapp. Krapp's design seats up to 1,417 theater enthusiasts under a recessed ceiling and elaborately decorated ornamental panels. It opened on December 25, 1923 with its first production, Mary Jane McKane. The West End musical Billy Elliot won ten Tony Awards and earned the box office record for the Theatre in 2010. The stage continued to host some of the most famous composers and musicals after its opening. Including Irving Berlin who opened four of his major successes here, Louisiana Purchase, Annie Get Your Gun, Miss Liberty and Call Me Madam.

Getting Imperial Theatre tickets is worth every penny if not for the entertainment for the location. Right outside Times Square, Midtown brings you some of the city's most iconic buildings like the Empire State Building and the Chrysler Building. Midtown is considered the country's largest commercial, entertainment and media center.