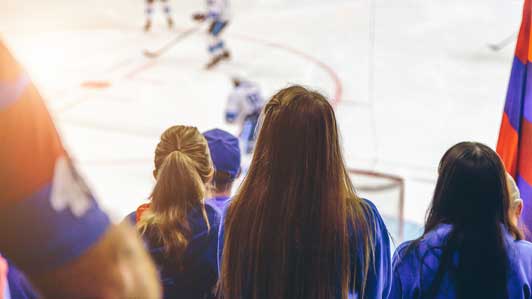 Few states have the grassroots support for hockey that Michigan has, where hockey is part of their blood. Snag your cheap Grand Rapids Griffins tickets here to experience the cutting edge athleticism of one of the American Hockey League's outstanding teams!

The hockey demigods of Michigan
Founded in 1996 as part of the International Hockey League, the Griffins have always enjoyed enormous local fan support in their home city of Grand Rapids. A competition was held to determine the name of the new team, and Van Andel Arena was christened as the Griffins' home rink. The Grand Rapids Griffins defeated the Indianapolis Ice in their debut away game but fell to the Orlando Solar Bears at home, foreshadowing a tumultuous start to their inaugural season. However, the Griffins quickly stabilized. They won the 2001 IHL Championship before moving to the AHL later that year. In 2013 the Grand Rapids Griffins snagged the Calder Cup, a prestigious honor for the dedicated AHL team. The Grand Rapids Griffins are now an AHL affiliate for the Detroit Red Wings, bolstering a sense of community within the state's professional hockey scene. Several former Griffins were on the 2007-2008 Red Wings team that earned the year's Stanley Cup.

The Grand Rapids Griffins are a dynamic force on the ice, top-notch athleticism and entertainment. Local support is strong, and the arena is typically packed with cheering, booing, and shouting fans. Make sure you pick up your cheap Grand Rapids Griffins tickets today to secure your spot in the bleachers!