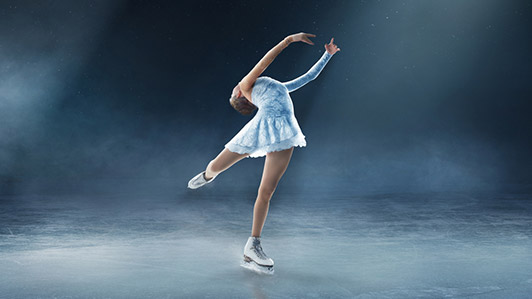 About Disney On Ice

For almost 40 years, Disney On Ice has brought the magic of Disney to children of all ages. It may seem unheard of among today's audiences, but the show was an entirely new experience when it premiered in 1981. Led by Irvin and Kenneth Feld, the team behind the Ringling Brothers Barnum and Bailey Circus, the skating sensation quickly took off to entertain audiences all over the United States.

The Magic Behind Disney on Ice

The earliest shows focused on Disney's most well-known creations, like Mickey Mouse and Donald Duck. As time went by, the size of the cast grew, and so did the cast of characters. By the mid-1980s and early '90s, audiences with Disney On Ice tickets were treated to newer creations like Roger Rabbit and Ariel from "The Little Mermaid." The interactions of these characters with legendary Disney icons kept audiences enthralled for years to come. That meant even more demand for Disney On Ice tickets.

The Disney On Ice team had big ambitions when they debuted the tour's "Passport to Adventure" show in 1995. This blend of classic characters and new favorites from the Disney catalog instantly became a hit among fans. The "Passport to Adventure" show now has the distinction of being Disney On Ice's longest-running tour, and new characters are added regularly.

One of the biggest changes to Disney On Ice came with the addition of Pixar characters. Fan favorites like Woody, Buzz Lightyear and Nemo all became highlights. In fact, most of Pixar's top-grossing films had specialty shows added to the Disney On Ice schedule. Today, Disney On Ice balances the best of both traditional animated classics and new hits like Frozen.

Fans of Disney and Pixar can buy their cheap Disney On Ice tickets and other exciting event tickets here!

Did you know these Disney On Ice facts?

How Much are Disney On Ice Tickets?

Where are the Best Seats for Disney On Ice?

Every seat in the venue is guaranteed to bring the excitement and magic of Disney to the audience member, although fans who are looking to get more up close and personal with the characters should sit on the floor or rink side. On a budget? No worries! Browse through our interactive seating chart to find the best seat for you and your budget!

Where Can I Buy Disney On Ice Tickets?

CheapTickets has tickets available for every Disney On Ice show as early as the show is announced! Select your ideal performance location and browse through our interactive seating charts to find the best tickets to a Disney On Ice show near you!

How Many Disney On Ice Shows are Touring in 2022?

Currently, Disney On Ice is touring under the "Mickey’s Search Party" performance name.