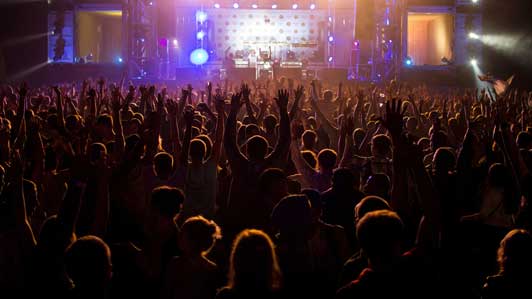 Burna Boy is one of the most popular up and coming singers in today’s era. He is from Nigeria; however, he has catapulted to the top of the charts in the United States. At only 28 years old, he has a bright career ahead of him. His music has been described in multiple ways included a mixture of reggae, dancehall, and African Fusion. He has made a name for himself as both a singer and a songwriter. He has performed with popular acts such as Leriq and Kel P. During his career, he has been signed to multiple labels including Spaceship, Warner Music, Bad Habit, and Atlantic. Those who would like to see Burna Boy perform should know that he is going on tour this year, giving everyone the chance to hear him perform live.

A History of Burna Boy Music

His given name is Damini Ebunoluwa Ogulu and he is from Nigeria. He first reached the mainstream entertainment industry in 2012 with his lead single “Like to Party.” This came off of his debut album called LIFEin 2013. A few short years later, he signed with Atlantic Records in the United States and Warner Music Group overseas. He promptly released a third studio album titled Outside, which was his first released through a major label. This was followed up with a major award win in 2019 for Best International Act. He was also recognized for his performance by Apple. He released a fourth studio album, titled African Giant, in 2019. He is going on tour again this year.

The Burna Boy Tickets and Tour in 2019

Those who would like to catch a Burna Boy concert should know that the popular singer and songwriter is going on tour this year. The Burna Boy tour is going to reach most parts of the country during the course of the year. Those who would like cheap Burna Boy tickets should try to purchase them as early as possible. His concerts are always an exciting time and are likely going to sell out quickly.