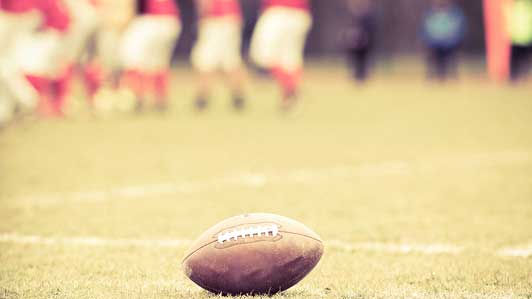 About Chicago Bears vs. Detroit Lions

A neighborhood rivalry heats up
The history of the rivalry started in 1930, back when the Lions were known as the Portsmouth Spartans from Ohio. The Spartans managed a narrow win that first match-up, ending the game with a score of 7-6, but Chicago returned for revenge the following year. In 1932 the Bears dominated in a post-season showdown that took place indoors at Chicago Stadium with a blizzard as a dramatic backdrop. Throughout the decades the teams struggled to gain the edge in the series, the games filled with last minute reversals and dramatic plays. In 1980 the annual Thanksgiving Day showdown between the Lions and the Bears morphed into a legend right in front of the spectators' eyes – Dave Williams ran back a kickoff punt 95 yards for a touchdown, clinching an overtime win for the Bears.

In over one hundred and seventy meetings, the Chicago Bears are eking out a narrow lead over the Lions, but part of the thrill of this rivalry is that every game is open for the taking. Snag your cheap Detroit Lions vs. Chicago Bears tickets here to be part of the action on game day!