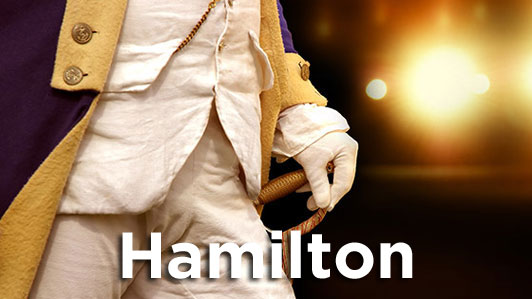 Being in the beautiful city of Ottawa is great. But what’s even better is being able to see Hamilton in it! What better historic city to have this incredible show be held in? Take a stroll through the Parliament with family and friends and top the night off at the theatre. The fuse of modern song and dance with America’s history will captivate you. Order your cheap Hamilton Ottawa tickets now before they sell out!

This musical follows the life story of Alexander Hamilton. After coming to New York from the West Indies in 1776, he began working for the life he was destined to live. Not only was he a Founding Father, he was also George Washington’s right-hand man during the Revolutionary War. Plus, he was the nation’s first Treasury Secretary. Lin-Manuel Miranda knew his dramatic life story couldn’t go untold, therefore he created a groundbreaking musical depicting his life through modern song and dance. Rather than the typical showtunes musicals entail, genres such as hip hop, rap, jazz, R&B and pop were included. Since the show’s debut in 2015 at The Public Theater, this show has been a huge success. If ticket sales weren’t enough, this musical has also earned 11 Tony Awards.

Hamilton came to the National Arts Centre starting on May 19th, 2020 and ran performances through June 14th. What better way to spend a spring night than at the theatre? Young fans were excited for the timing of this show because it was right when school let out for the summer. And with the location of this theatre, there are lots of fun things to do in Ottawa from sightseeing to trying some of their best foods at incredible restaurants. Enjoy a night at the theatre and be sure to order your cheap tickets here!