Live events
More travel
Event Tickets Support
Resale prices may be above or below face value.
Indianapolis, IN
All Locations Current Location   loading...
You have disabled location tracking in your browser. Please enable it or enter your location below.
All Dates
From
To
Pick Dates Today This Weekend This Month All Dates 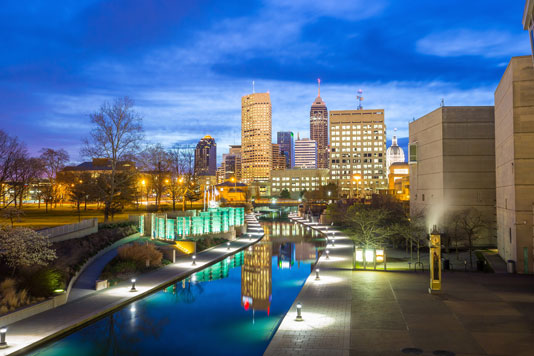 The capitol of the Hoosier state, Indianapolis is one of the biggest centers for culture, sports, and the arts in the Midwest. Indianapolis has dozens of choices for visitors and locals alike, from relaxing parks and engaging museums to indulgent shopping and unbeatable entertainment.

At the "Crossroads of America," Indianapolis hosts some of the biggest stars as they tour through the country. Venues like the Klipsch Music Center and Bankers Life Fieldhouse bring out the superstars in spectacle, everyone from the Dixie Chicks to Justin Bieber to Black Sabbath. Indianapolis also has ornate theatres, the perfect settings for the most thrilling Broadway shows and top-notch international touring acts. Cheap Indianapolis tickets are always in high demand so don't wait until the concert is sold out to reserve your spot!

For Indianapolis sports fans, the action is non-stop! The Indianapolis Colts are a dynamic powerhouse on the field at Lucas Oil Stadium. Some of the greatest players in NBA history have worn the Indiana Pacers jersey, including legendary players like Reggie Miller, Danny Granger, and Chris Mullin. And snag your cheap Indianapolis 500 tickets here to get in on the country's most celebrated auto-racing event at the Indianapolis Motor Speedway!

With theatrics on the stage, court, and racetrack, Indianapolis is sure to entertain. Before you visit Indianapolis make sure to book your cheap tickets here!