Check out these upcoming events from Atletico de Madrid as the event you originally searched for is complete.

Please check back in the future for Atletico de Madrid event tickets. 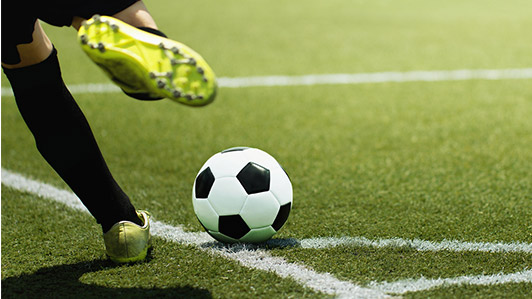 Throughout their history, Atletico de Madrid has stamped their name into the Spanish soccer scene. Competing against some of the best teams in the league including Real Madrid and Barcelona, this young team has held their own. Fans from around the world gather by the thousands in their red, white, and blue merch to cheer on the Atletico de Madrid at the Wanda Metropolitano. Be a part of the experience, order your cheap Atletico de Madrid tickets today before they are gone!

Playing out of Madrid, Atletico de Madrid is a professional Spanish soccer team. They play within the La Liga division of the Spanish soccer organization and are seeded as the third top team in the country behind Real Madrid and Barcelona. The team was founded in April of 1903 by a small group of university students residing in Madrid. In the early years of existence, the team was a branch off the then popular team Athletic Bilbao. After successfully holding their own against a much more experienced team, Atletico Madrid was invited to become members of the La Liga in 1929. After several years of playing on and off within the league, the Atletico merged with another team the Aviacion Nacional. Both teams had lost several players to the Spanish Civil War, and if they wanted to remain fighting contenders in the league they had to combine forces. Eventually becoming known as Athletic Aviacion de Madrid, the team won their first La Liga title in 1940. By the end of the 1940s the team decided to drop all Aviacion from their name, officially becoming known as they are today as the Atletico de Madrid. In the early 1950s the team made quite the name for themselves, bringing home several national and international titles. But their success did not last long as they soon began slipping behind Real Madrid and Barcelona as the top Spanish team. From 1961 to 1980, the team saw a Golden Era bringing home the La Liga title fourteen times. For the past four decades the Atletico de Madrid have fought to maintain their relevance as a top Spanish soccer team. Coming hot off a 2018 season, the team is looking to carry some of that success with them into the 2019 season.

The International Champions Cup allows for fans of European soccer in the United States to see all their favorite players step onto an American field. Used as a preseason practice for the teams, fans flock to large stadiums around the country for their chance at seeing some of the best athletes the sport has to offer play on one field. In 2019 Atletico de Madrid faced off with Chivas at Globe Life Park and Real Madrid at MetLife Stadium. Cheap tickets to those matches sold out within moments of going on sale to loyal fans.