Sorry, the event you searched for has passed. Check out these upcoming events from Gold Over America Tour. 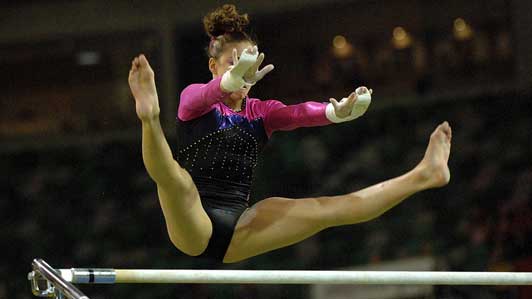 About Gold Over America Tour

A Brief History of the Gold Over America Tour

The Gold Over America Tour is being led by Simone Biles, which is an American gymnastics champion. In her career, she has won more than 30 Olympic and World Championship medals. In the 2016 Olympics, Simone Biles won individual gold medals in the floor routine, in the all-around competition, and on the vault. She also earned a gold medal as part of the team gymnastics competition, representing the United States. She is a five-time world all-around Champion, five-time World floor exercise Champion, three-time World balance beam champion, seven-time United States national all-around Champion, and two-time World vault champion. Now, Simone Biles is leading her Gold Over America Tour before returning to the Tokyo Olympics. Each show is approximately 110 minutes long, including the intermission. The program will be performed at a variety of gymnastics gyms and clubs all over the world.