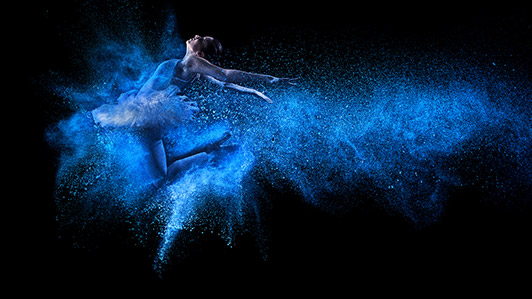 Cirque Du Soleil's amazing and groundbreaking stage production simply titled O takes the incredible and mesmerizing feats of acrobatics that have become Cirque du Soleil's staple and pays careful attention to one classic cooking direction- just add water. O is the French entertainment troupe's aquatic-themed production which calls the Bellagio in Las Vegas its home and the world its audience. Living up to the standard set by each of Cirque du Soleil's intricately beautiful and flawlessly choreographed shows, O takes things one step further by supplementing their usual death-defying and awe-inspiring acrobatics, balancing acts and performances with water-based feats that employ world-class swimmers, divers, and even some former athletes who's previous stages included the Olympics. Having earned well past a $1 billion since it's debut seventeen years ago, O has shown no signs of slowing down, performing twice daily during the regular season and earning an impressive list of accolades for both the performance and the technical wizardry that makes it possible. Don't miss your chance to see one of the most shockingly beautiful shows on the strip- book your tickets to see Cirque du Soleil's O now!