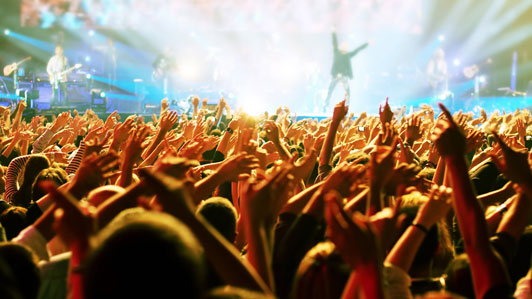 Latin music has taken the worldwide stage by storm, pulling the international audience into its emotional ballads and dance-worthy rhythms. Cheap Latin music tickets sell out quickly, as the genre continues to grow in popularity with superstar artists, so get your Latin music concert tickets before they're all gone! Latin music became popular in the United States as Latin and Spanish influences from all around the world came to the US. Some of the best Latin artists grew up in cities like New York City, Miami, and Los Angeles, developing unique styles deriving from their Latin heritages and their lives in the US. Latin music has a rich history of acoustic music and romantic ballads, though in recent decades some Latin artists have crossed over into pop music, dance, electronic, and more! Find cheap tickets for your favorite Latin artists, including Jennifer Lopez, Enrique Iglesias, Julio Iglesias, Shakira, Ricky Martin, Marco Antonio Solis, Marc Anthony, and many more! Don't wait to get cheap tickets to your favorite Latin artists. Latin music concerts are unforgettable experiences, full or emotion and passion, ballads and dance. Get your cheap Latin music concert tickets today!