Live music is back. Thanks to COVID vaccinations, most of us can now hop on a plane, dine indoors, and see a live show. If you’re ready for it, and appreciate smaller, iconic spaces where legendary acts like Jimi Hendrix and Nirvana played to audiences of just a few hundred on their way up, this list for you. We’ve chosen 10 venues where 20-somethings, and other music fans on a budget, can afford to see a show for less than the cost of a rush hour Uber ride.

RELATED: Get your concert tickets, even for sold out shows, through CheapTickets! 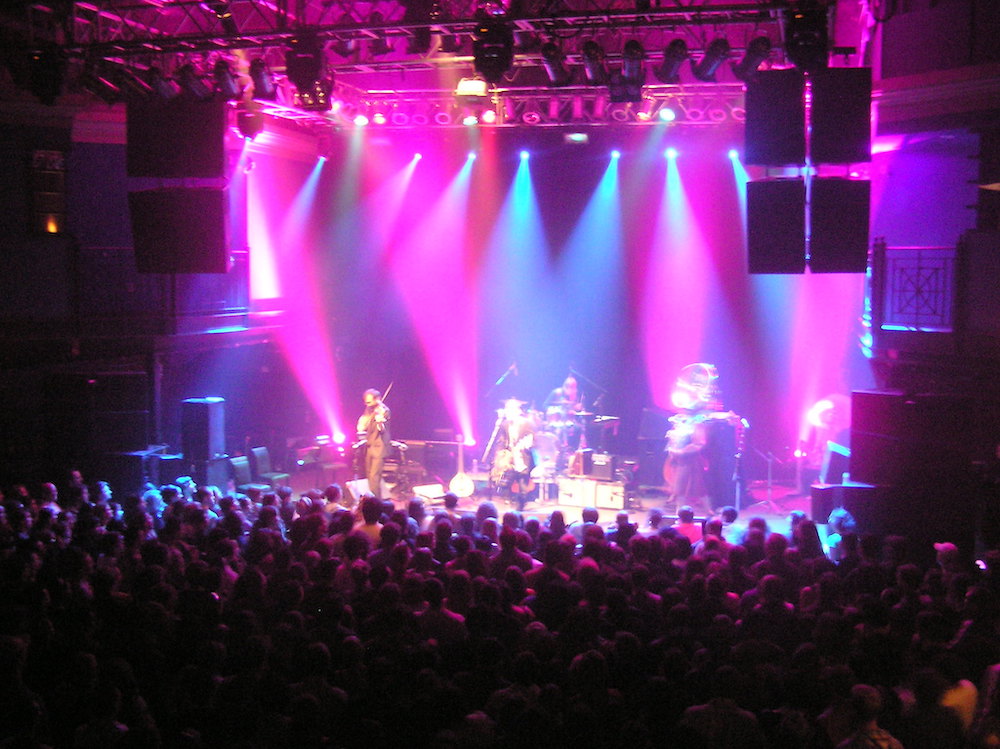 The 9:30 Club opened at the corner of 10th and F streets just as punk was giving way to new wave. Local bands like Bad Brains and Minor Threat helped put this 199 capacity venue on the map for punk and hardcore fans. Stadium and arena acts like The Police, and Red Hot Chili Peppers played here on their way up. The latter played a surprise show here back in 1998, to mark the return of guitarist John Frusciante.

In early 1996, the club reopened in a 1,200 capacity space at the corner of 9th and V streets. The Smashing Pumpkins, who were at the height of their commercial success, played the inaugural show. Since then, everyone from the Foo Fighters (Dave Grohl spent part of his childhood outside DC) and Radiohead to the Beastie Boys and ZZ Top have played special occasion or secret gigs here. You can catch a 2007 Pumpkins gig from the 9:30 Club on their If All Goes Wrong DVD.

But in 2021, you are much more likely to catch an up-and-coming indie rock or hip hop act at the 9:30 Club. Tickets are typically between $25–35, which will set you back less than the cost of an Uber after the Metro stops running.

For those looking to catch the vibe of the original location, former DC-suburb dweller Dave Grohl recently announced plans to open a replica of the original next to the current location. 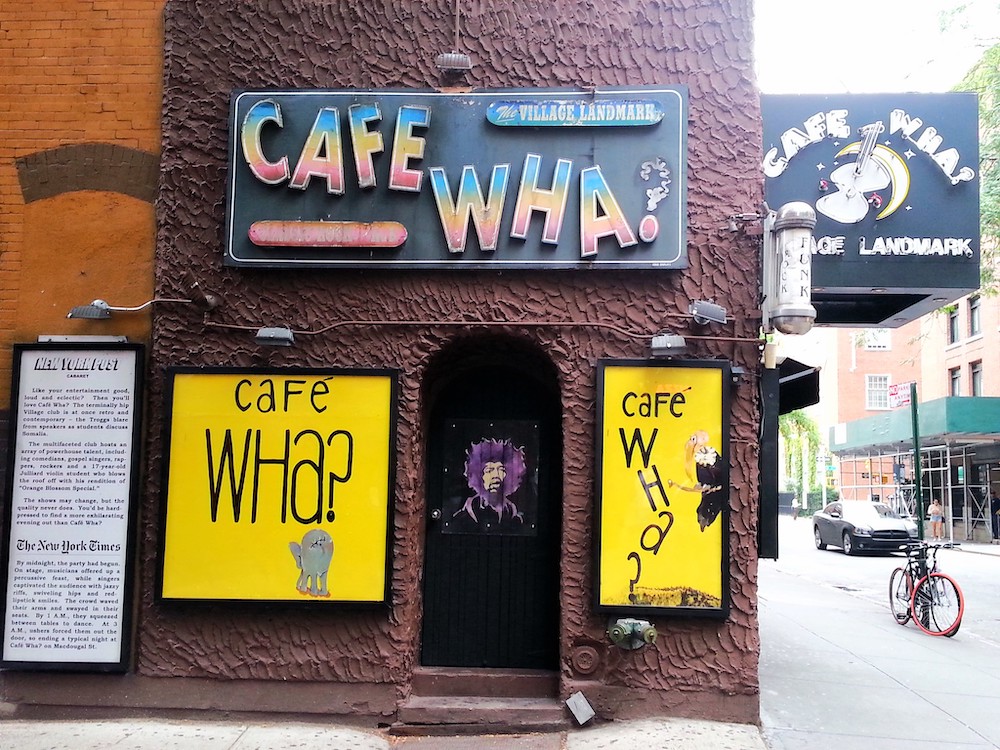 Looking at the list of legendary NYC venues that have closed is about as uplifting as sitting alone in a tiny studio apartment after a bitter breakup and blasting Joy Division to drown out the noise coming from the party on the floor above. CBGB is now a clothing store. L’Amour is now a general event space. But there’s still Cafe Wha?.

This 325-capacity venue can barely hold all of the people who work for Bruce Springsteen the day of a stadium show. But he played here before he was anointed “The next Dylan.” And Bob Dylan himself played Cafe Wha? the year before releasing his debut album. Jimmy James and the Blue Flames did a residency here in 1966 before their frontman went off to London to record one of the most influential debut albums of all time.

Founder Manny Roth was a legend in his own right. But he had an even more famous nephew who fronted Van Halen. A couple years before Manny’s death, Van Halen came back here to play. Several legendary comedians like Lenny Bruce, Joan Rivers, and Richard Pryor performed here, as well.

Today, you can see a local rock band, comedy act, or tribute band at Cafe Wha?. The rest of the time, you can catch the house band for a $15 cover charge, which you can pay via Eventbrite.

One of the last grand old saloons, the Central dates back to the 1890s. The venue opened just three years after Seattle’s great fire. Before Alice in Chains, Nirvana, and Soundgarden headlined arenas and festivals around the world, they all played the Central Saloon. So did Seattle-area native Jimi Hendrix. The walls are lined with photos and concert flyers from the days that led up to the brief period when Seattle seemed like the center of the musical universe.

The venue is similar in size to the former-CBGB and currently hosts indie, hip hop, and local rock bands. Tickets are usually under $20.

While the building at 1805 Geary Boulevard dates back to 1912, the shows that most of us associate with The Fillmore started in early 1966. Dozens of psychedelic rock bands and soul acts passed through here during the last half of the 1960s. The Grateful Dead alone played more than 50 shows at The Fillmore before 1970.

By the early 1980s, the venue (by then rechristened The Elite Club) was an obligatory tour stop for punk bands like Black Flag and local outfit Dead Kennedys. After damage from a 1989 earthquake, the club was remodeled. It opened back up in 1994 with a surprise gig by the Smashing Pumpkins. And in 2011, hometown heroes Metallica played four 30th-anniversary shows at The Fillmore to fan club members only.

Live Nation currently operates the 1,300-capacity venue. They’ve created several spinoffs in cities like Denver, Philly, Charlotte, and Miami. Nowadays, you are most likely to see up-and-coming acts, with the odd legacy act thrown in every month or so. Tickets start in the high 20s, which is quite a bargain considering that San Francisco tops nearly every list of most expensive cities in the country. 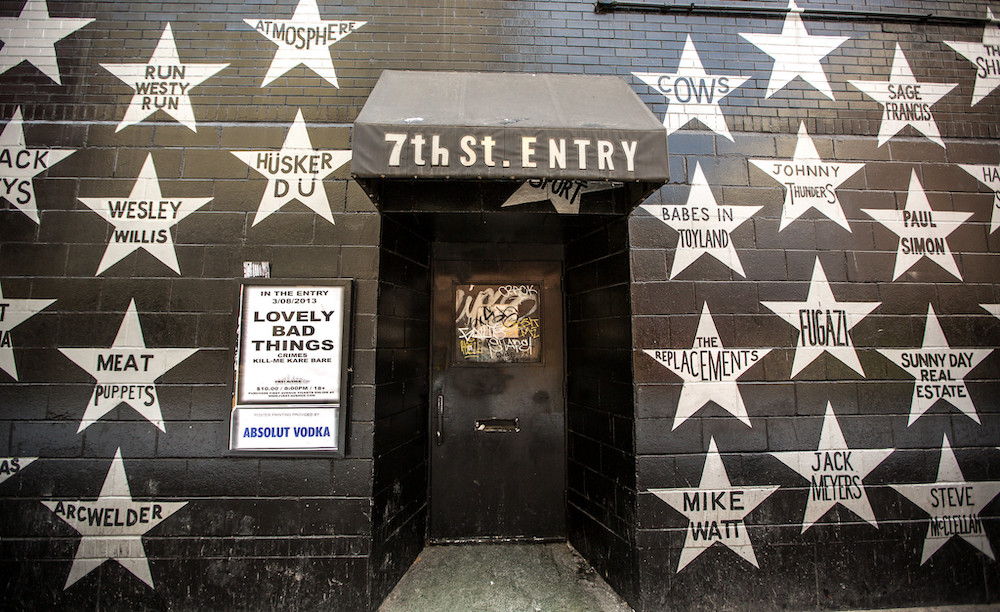 In 1970, Joe Cocker played the inaugural show at this historic 1,500-seat venue, which is housed in a former Greyhound Bus Depot. You’ve likely heard of First Avenue because of Prince, who began playing here in 1981. Purple Rain was filmed here and before his untimely death, Minnesota’s most famous performer since Bob Dylan was scheduled to play nine shows at the club he helped make famous.

The 531 stars on the venue’s exterior list many of the past performers. Nirvana played here a few weeks after releasing Nevermind. U2 supposedly wrote the title track from their sophomore release during a 1981 soundcheck at First Avenue. And local acts like The Replacements and Soul Asylum got their start playing here, too.

Since COVID, they’re returned to nearly nightly entertainment. You can see a lesser-known act for under $20. $30 is closer to average. You can double that when someone like Elvis Costello passes through, but it’s worth it for the intimate setting.

Philly may often be overshadowed by D.C. and New York, but the local concert scene is every bit as exciting. The former Electric Factory changed ownership back in 2018, but the location and purpose remain the same.

Elton John, Pink  Floyd, and the Grateful Dead played the original location, which closed in 1973. Following the 1995 reopening, Alanis Morissette, Radiohead, and No Doubt played here at the height of their commercial success. In 1996, The Ramones played their final Philly show at the Electric Factory. And no less than Bruce Springsteen did a show here during his time away from the E Street Band.

Before the name change, this legendary 3,000-capacity venue made a cameo in the first Creed movie. Bianca performed as an opening act. Nowadays, you can catch everything here, from metal and punk to hip hop and funk. Tickets can be as low as $20–25 for lesser-known acts. Double that when a reunited Bikini Kill or a combination of Wu-Tang Clan members come to town. 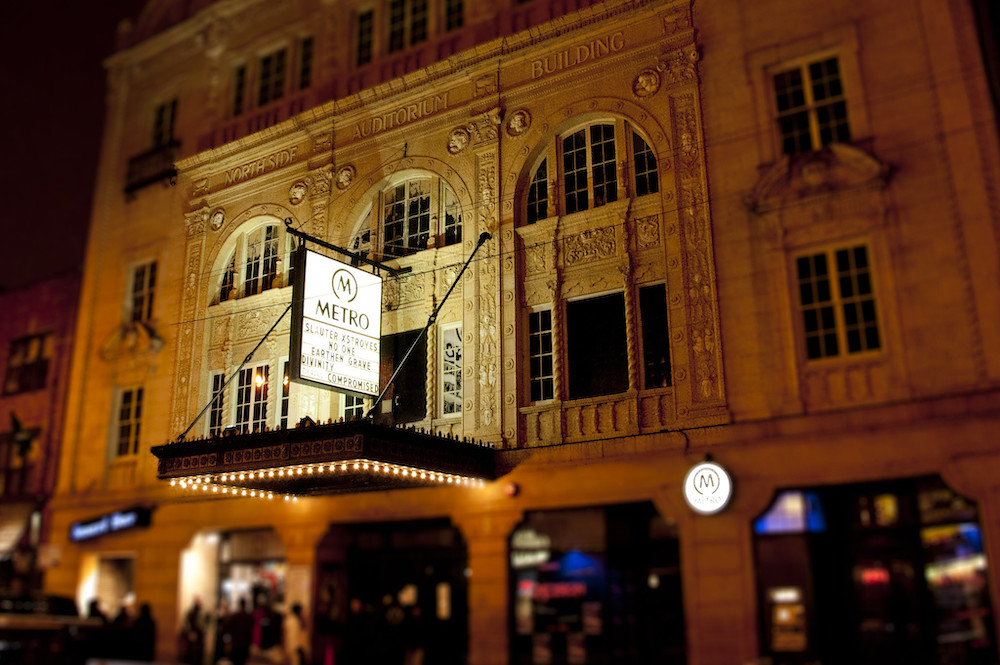 The Metro opened just up the street from Wrigley Field in a former Swedish Community Center back in 1979 (just like the Chicago-based Smashing Pumpkins song). This legendary, 1,100-capacity North Side venue is a stone’s throw from the Blues Brothers’ fictitious address in the 1980 classic Chicago film.

R.E.M. and Metallica played here in the early 1980s as up-and-coming acts. In the early 90s, Jane’s Addiction, Nirvana, and Soundgarden passed through here on their way to the arenas. Pearl Jam did a live radio broadcast from the Metro in early 1992, which was a popular bootleg throughout the decade.

Today, you’ll find mostly alternative and indie bands playing here. Most shows start at under $30. Thanks to the Metro’s proximity to Wrigley Field, you can check off two popular Chicago bucket list items in the same day.

In 1977, Joe Strummer sang, “no Elvis, Beatles, or The Rolling Stones.” The Paradise Theater opened along Commonwealth Avenue that same year, just as punk bands like the Sex Pistols, Ramones, and The Clash were offering an alternative to 20-minute drum solos and 15-foot-high stages.

During the early days, Blondie, Iggy Pop, and Tom Petty played this 1,000-seat venue. The version of “Last Child” that ended up on Aerosmith’s first live album was recorded at the Paradise in August 1978.  Local acts like The Cars and Buffalo Tom played here more than a dozen times each. Letters to Cleo holds the current record with 20 (and counting) Paradise performances.

As the currently-named Paradise Rock Club is located a stone’s throw from Boston University, they attract a largely student audience looking for an affordable night of entertainment. 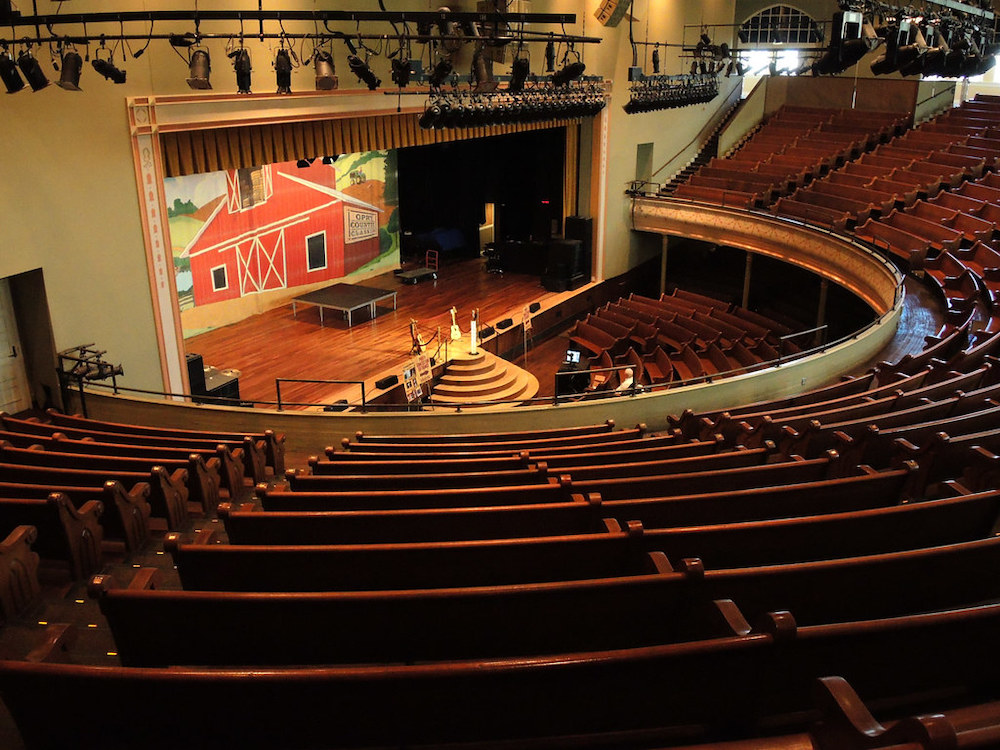 No list of music venues is complete without at least one legendary spot in Music City itself. Although this late-19th-century Tennessee landmark is still known to most for its Grand Ole Opry, you can also catch hard rock and comedy acts here. Since 2000, Neil Young and the Foo Fighters have shot concert footage at the Ryman. And in 2019, the Wu-Tang Clan became the first hip hop group to perform at this 129-year-old venue.

Ticket prices are a bit steeper than the other places in this list, but the Ryman is also a much more comfortable venue. You can  get a tour of the building for $30, including fees.

Picking the best legendary concert venue in West Hollywood is a bit like asking a New Yorker where to find the best pizza under the Brooklyn Bridge. There are several very worthy choices within close proximity including the Roxy and the Viper Room.

This 500-capacity venue started as a place for ’60s folk legends to master their craft. James Taylor, Jackson Browne, Joni Mitchell, and The Eagles all played the Troubadour before hitting the big time. Buffalo Springfield played their first gig here. And the Troubadour is also where Elton John made his legendary American debut.

The Troubadour’s history is also replete with legendary comedy acts. Steve Martin, and Cheech and Chong, performed here in the early 1970s. The Troubadour is also the place where Lenny Bruce was arrested for using the word “schmuck” on stage. And during his lost weekend, John Lennon (along with Harry Nilsson) was ejected from the club for heckling the Smothers Brothers.

Punk, new wave, and glam bands all made the obligatory stop here during the 1980s. You can still catch a variety of rock, folk, and comedy acts at the Troubadour on any given night at prices as low as $15. If you are more into the local history, check out this rock tour of the Sunset Strip.

Brian is an NYC-based travel writer and tour guide. You can see his work at CheapTickets, Matador Network, and USA Today 10 Best. He also has his own blog, where you can find practical tips on what to see, where to eat, and how to explore major cities along public transit lines. Follow him on Facebook, Instagram, Twitter, and YouTube. 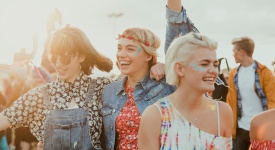 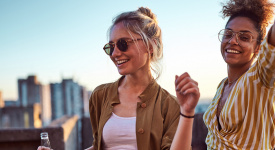 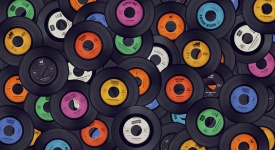