March Madness has overtaken the 68 basketball kingdoms of NCAA college ball. And when the battle is over, only one team will be crowned the Madness King. The University of Phoenix, as always, is not participating (the online school can’t find a WiFi signal), but its eponymous city is playing host to this year’s Final Four—lacing up April 1st and 3rd. Subsidize your royal court-side seats with a weekend that won’t cost too much coin. Here’s how. 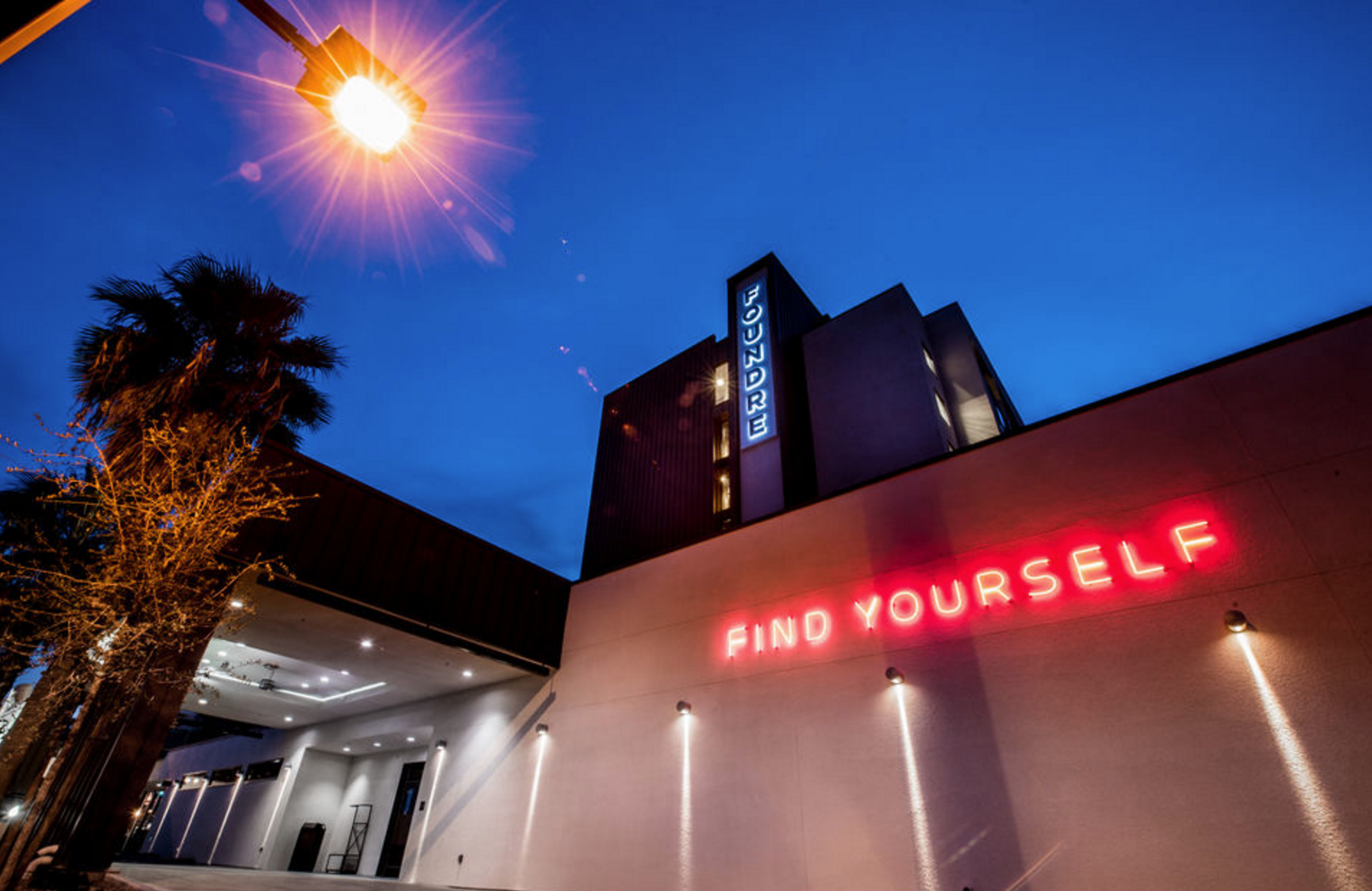 Photo courtesy of the Foundre Hotel

Spin the globe, put your finger on Phoenix, and directly below is FOUNDRE. It’s right at the city center: a tiny walk to the Phoenix Art Museum and the Arizona Science Center, and across the street from the Japanese Friendship Garden. (If you like tranquil waterfalls and lush shrubbery, the garden will be your best friend.) Rooms are sunny, full of chandeliers, and ring at a reasonable price.

Or, for another option, head on over to Scottsdale’s Hospitality Suite Resort. It’s largely frill-less, but offers a pristine pool and easy access to the madness—where you can obsess over your betting pool. 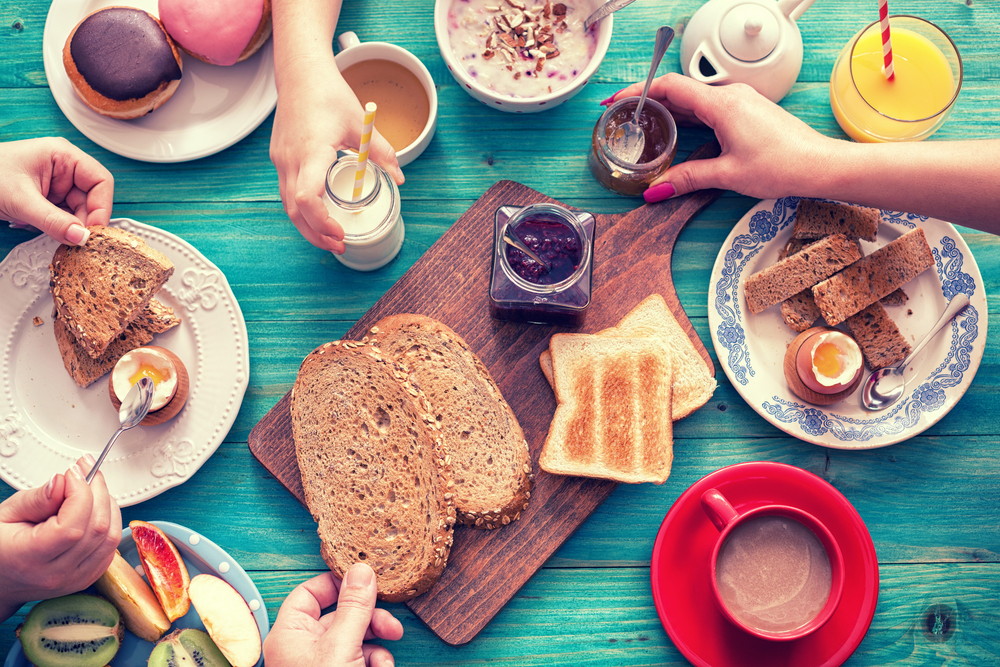 Matt’s Big Breakfast delivers exactly the right amount of fuel to kick off super fandom—at exactly the right price. The most important meal of the day is served all day, so thick, crunchy bacon and heaping sopressata scrambles can be devoured even if you sleep in. The menu tops off around $10, and the Five Spot (a sandwich bulging with eggs, cheese, grilled onions, and lots of that bacon) costs, well, five bucks and change.

Early risers can catch a cheap bite at Lo-Lo’s Chicken and Waffles. The Kiss My Grits breakfast—bacon, eggs, toast, high fives—will only set you back another five-spot. The hearty should opt for the namesake dish, stacking greens and grits above chicken so delicate, the skin falls right off. And the waffles waffle between which is better: crispy outsides or silky insides? Bet we know both win… 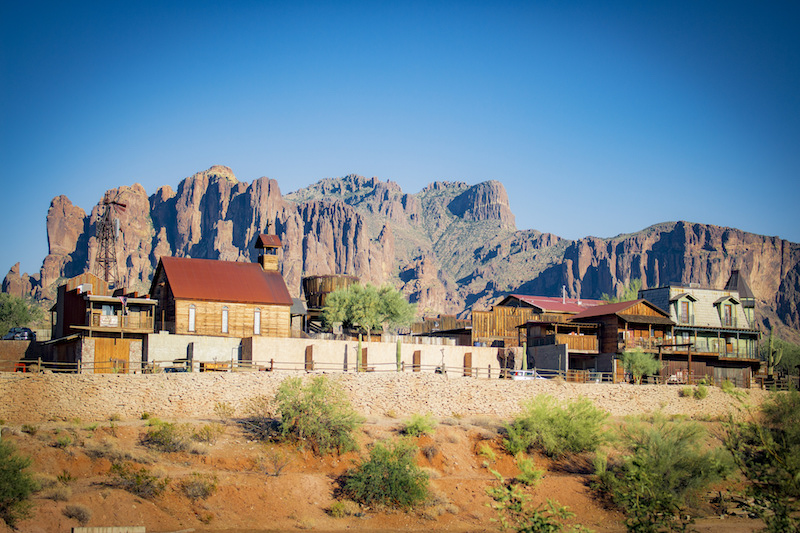 The March Madness Music Festival lasts all weekend as a free respite from the hoops. Located at the city center (near the aforementioned Japanese Friendship Garden—seemingly now a tentpole spot), the fest’s past artists have included Bruce Springsteen, Maroon 5, and Rihanna. This year’s line-up is quite hush-hush, providing yet another opportunity to gamble.

Scope out Southwest-inspired paintings, portraits, sculptures, and hand-crafted trinkets at the neighboring Tempe Spring Festival of the Arts. More than 350 vendors will be hawking their wares, so expect far more than miles of kokopelli statues. It’s free to browse and even more free to marvel.

More intrepid tourists can head to Westworld—er, the Goldfield Ghost Town. Much like the popular HBO show, visitors explore an empty Wild West bastion—a real, abandoned town last populated in the early 1900s—assisting actors with exploring the mines, blacksmithery, and protection during requisite “gun”-fights, with no fear of injury. (Regrettably, the other Westworld proclivities are…not available and…not appropriate…)

ALSO: Earn CheapCash towards a hotel—just book a flight and its yours! 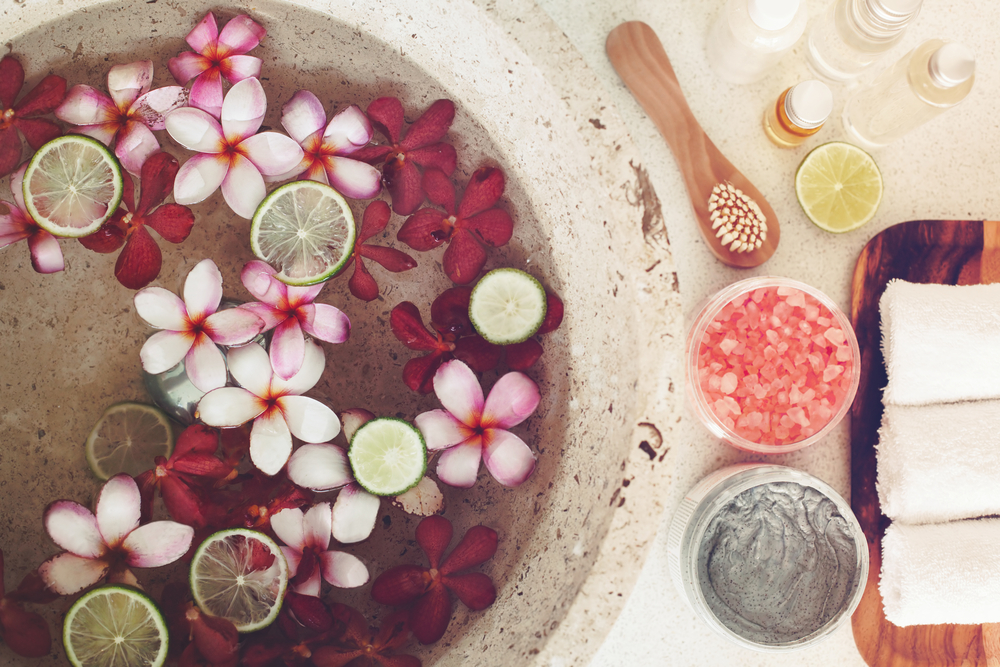 What trip to the Southwest would be complete without swinging by one of Phoenix’s many spas? No trip—the tranquility of massages and facials, in the middle of the desert, is an oasis of recovery from the beers and brats of March Madness. Compliments at A Hilton Salon and Spa, though located inside a hotel (not the most serene of locations), still acts as a respite—and its services are roughly half the price of other spas. Hour-long massages are 75 dollars, and Arizona’s renowned hot stones are a meager 20 dollars extra.

Reflections Body Spa and Tanning takes a similar tack. It’s a storefront, not acres-upon-acres of meticulously groomed tumbleweeds, but for 25 dollars you receive 50 dollars worth of treatments. The day melts away with tanning lotions and excited, welcoming staff who know when to shut their mouths when appropriate for minor sensory deprivation.

Or, go all-out at True Rest Float Spa—where relaxation is liquid. For an hour, you enter a pod filled with super-salty water (so you don’t sink, Dead Sea-style) and, well, feel like you’re flying without tension of any kind. It’s 79 dollars a treatment, and if you were to put a price on laying in a pool of harmony, it would be 79 dollars a treatment.

Phoenix is home to numerous culinary delights, though with that blessing comes the curse of cost. For a cheap bite to line your stomach before the game, head to Mi Patio for some authentic Mexican grub. The menu is full of reasonably priced tacos/burritos/tostadas fare. But for more pow for your purse, there are combination platters to stuff stomachs. Each is roughly 12 dollars, but includes multiple enchiladas and tamales sure to stifle any potential hangovers.

Lean more about Phoenix cuisine with a visit to Cafe Boa. This “biodynamic, organic, artisanal” Italian-inspired restaurant sources its food from local farms. Prices can get steep, but their happy hour menu runs from 4-7pm each day. Shovel down delicacies like breaded squash ravioli for only six dollars, or skirt steak—the prom-iest of all bovine delights—will run you a whopping nine bucks.

But let’s get real: The word “west” conjures appetites and psychosomatic drooling for In-N-Out Burger (much like “east” is synonymous with Shake Shack, and “airport food” inspires early onset diarrhea). With locations throughout the city, In-N-Out burger is readily accessible, delicious, and full of off-menu items—like animal fries smothered in special sauce—to keep the “fast” in this food from becoming a knock against the chain. Plus, you can return drunk or hungover for no judgment! 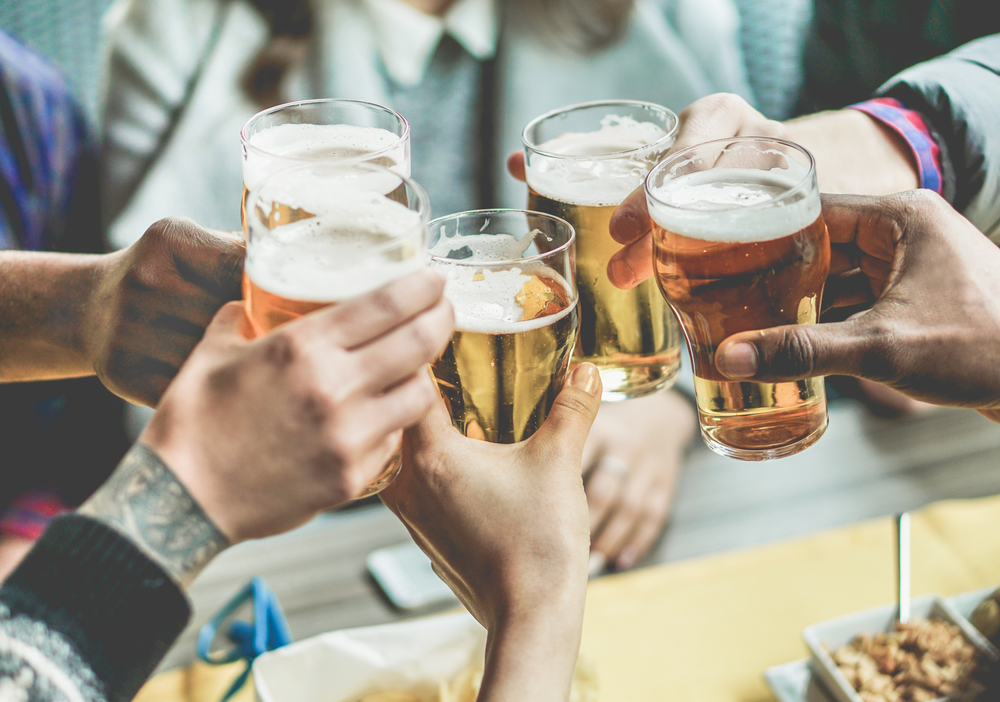 If you’ve scored amazing seats to the Final Four games, congratulations! Why are you reading this article instead of body-painting? (And we do mean everywhere.) The rest of us plebes will be root, root, rooting for the home team, aka whichever team is located closest to our alma mater, at Devil’s Advocate in Tempe. Despite its sports bar veneer, it can be quite cozy, serves 10 dollar burgers and is chock-full of college students. They’ll likely be leading some chants, so prep your throat with plenty of Lagunitas IPA—which, consequently, is an ingredient in the bar’s battered chicken breast.

Chambers on First is less frantic—couches and booths vs. bar stools and bar stoolettes—but is located in the heart of Phoenix, within the radius of Final Four excitement. It’ll be quieter, but fans won’t be less invested. A visit is a chance to watch the games at the equivalent of a house party. Hell, strike up a conversation with your booth neighbor about how [player] isn’t as good as [player] in [year]. No brawls will ensue.

For an entirely change of scenery without the TVs tuned elsewhere, head to UnderTow—a tiki-inspired lounge. There’s a speakeasy vibe (it’s tucked away from the street a bit), and cocktails galore for whatever mood the game puts you in. One’s called “Pirate’s Remorse” for when your betting bracket goes kaput after a single three-pointer. You’ll certainly forget quickly after a few.