70% of football fans would travel to a game. Which may seem like a lot, until you consider the heated, bitter and incredibly fun rivalries between teams. So forget the fall foliage and pumpkin spice, fall is really all about the football—at least according to our Football Fandex Survey. 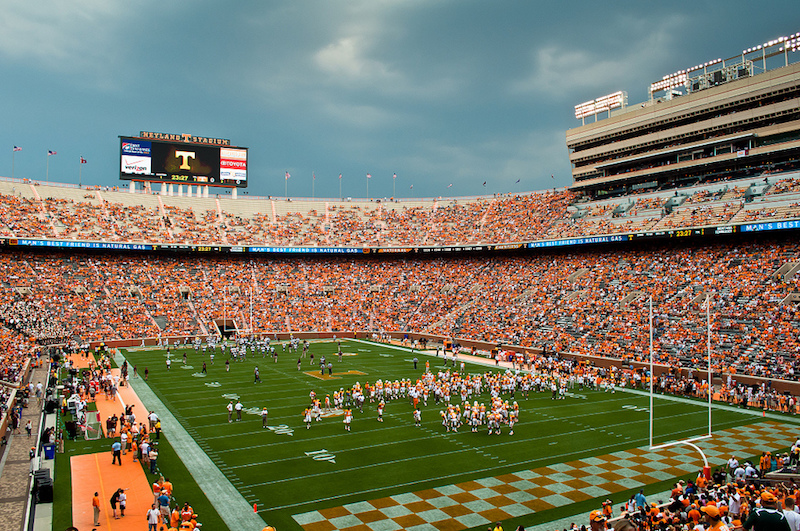 What’s more, those crazies you see on TV dressed head-to-toe in their team’s colors are not at all the minority. All y’all fans seem to love showing off your fandom in clear, unmistakable ways, since more than 60% said they’d wear team colors or memorabilia to a game, and a whopping more-than-a-quarter would paint their faces or bodies, or wear a costume to the game.

SO…pack that face paint, those foam fingers and your spare mascot costume and start planning that footballgetaway—and get 10% off game tickets with promo code FOOTBALL10—because here are October’s most anticipated games, ranked, according to our devoted fans.

*All prices were quoted at the time of writing, and are subject to change.

Where and when: Oct. 15 in Madison, Wisconsin

The game: The Badgers will play the Buckeyes at the

Where to stay: Most hotels are already sold out, but you can still find a place to rest your head at the Grand View Motel Beaver Dam ($65 a night) or the Lodi Valley Suites ($85 a night) in nearby Lodi.

Where and when: Oct. 29 in College Station, Texas

The game: With Kyle Field as the dramatic backdrop, the New Mexico State Aggies will go head-to-head with the Texas A&M Aggies on their home turf. Oh, and restrain yourself from picking up the potential piles of cash and coins at the feet of Lawrence Sullivan “Sul” Ross’s statue (former college president and governor)—it’s left there by students hoping for a little extra luck on their exams, and it’s collected every semester and donated to a local charity.

Where to stay: Head to the Madison Inn for a budget stay of $70 per night. Or, experience the cool luxury of the Aloft College Station hotel for roughly $299 a night.

Where and when: Oct. 8 in Gainesville, Florida

The game: This rivalry stretches back decades before Tebow stepped into the limelight. See it in action as the Gators face the LSU Tigers at Ben Hill Griffin Stadium, lovingly referred to as The Swamp. Because that’s where gators live. And, to quote former head coach Steve Spurrier, “Only gators get out alive.” And hopefully, you know, the fans too.

Where to stay: Stay for next to nothing at the Legacy Inn, which still has rooms available for the game weekend for just $55 a night.

Where and when: Oct. 29 in Tallahassee, Florida

The game: This is better than any old Halloween party: Just before that gloriously spooky holiday, the Tigers will travel from Atlanta to the Seminoles‘ home turf for what promises to be one heck of a game. While you’re at Doak CampbellStadium, take in the 7,800 square-foot scoreboard, the new bars at the Champions Club and more—all products of a 2016 renovation.

Where to stay: It may be roughly 30 miles from the city center, but you can’t beat the $45 you’ll pay for a single night at the Serena Inn.

Where and when: Oct. 8 in Dallas, Texas

The game: The beloved Dallas Cowboys played their first-ever game at the Cotton Bowl stadium, a legacy that’s likely not lost on the Longhorns. In a couple of weeks, they’ll enter into heated battle with the Sooners while you and other audience members (most likely) chow down on hot dogs and burgers.

Whereto stay: Live the good life at the glamorous Hyatt Regency North Dallas in Richardson for $103 a night.

Where and when: Oct. 22 in University Park, Pennsylvania

The game: If it sells out, you’ll be just one of 106K fans at Beaver Stadium hoping so hard to see their team win. And although both teams have existed since the 1800s, the rivalry between the Buckeyes and their Penn State rivals only stretches as far back as 1980.

Where to stay: Rest those tired eyes at the Laurel Ridge Bed and Breakfast, or the Penn Stater Hotel and Conference Center.

Where and when: Oct. 8 in Miami Gardens, Florida 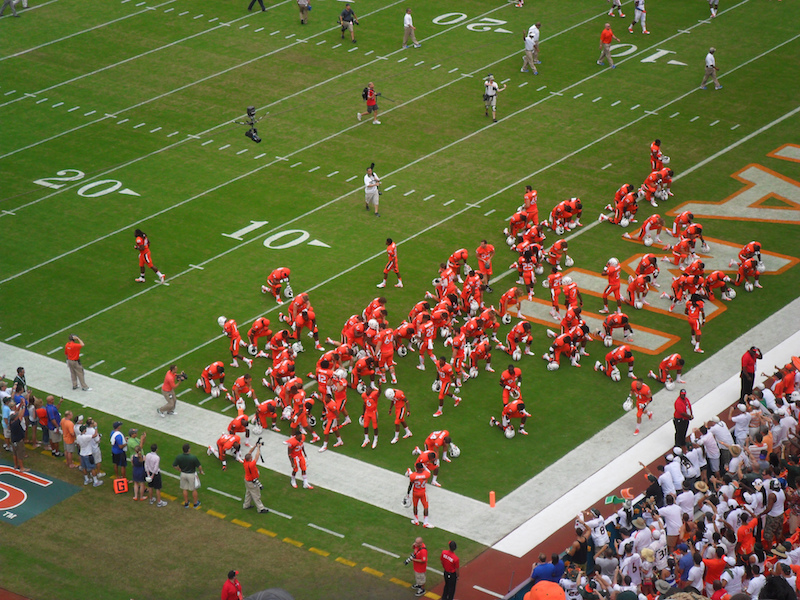 The game: Fresh off a multi-million-dollar renovation, the Hard Rock Stadium now offers some glorious respite from the hot, hot, hot Miami sun—meaning that instead of spending the game obsessively reapplying sunscreen (or, conversely, getting burnt to a crisp), you can lounge beneath the giant canopy and stay cool. Almost as important is how you can now get to the game. Before and after seeing the Hurricanes fight the Seminoles, head to the official Uber Zone if you’re savvy, or just want to drink a lot during the game.

Where to stay: Enjoy the big, clean rooms—and the glorious weather—at Shula’s Hotel and Golf Club ($105 a night).

Where and when: Oct. 8 in College Station, Texas

The game: We’ve already told you about Kyle Field (in our no. 9 pick), so we’ll leave you with this: If anyone accuses you of having ‘good bull’, take it as a compliment.

Where to stay: Franklin Lodging may be about 45 minutes away from the stadium, but that’s about as close as you’re gonna get when booking this close to the game day. Plus, this clean little place will only run you $95 a night, which includes continental breakfast, wireless internet, parking, and access to their indoor pool.

Where and when: Oct. 15 in Knoxville, Tennessee 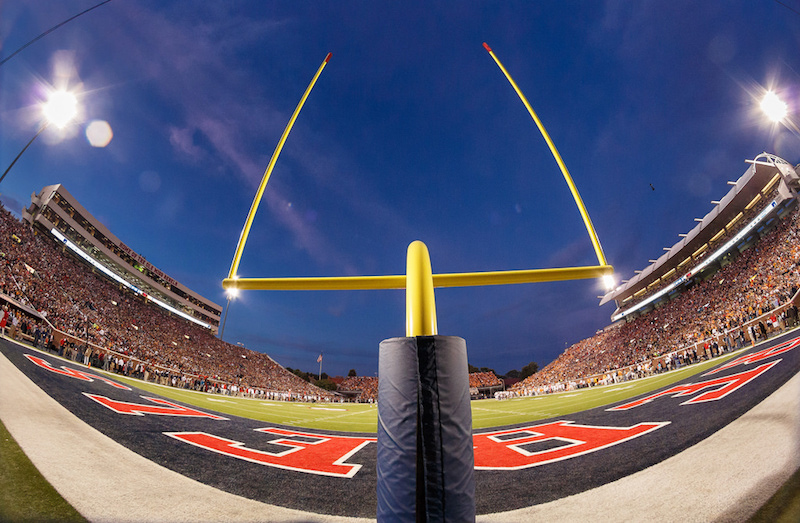 The game: Sure, the Volunteers and Crimson Tide will be going head-to-head on the field at Neyland Stadium. But really, the food’s where it’s at: This newly renovated megaplex now offers eats like pulled pork nachos and fried chicken sandwiches, as well as some truly massive LED displays, so you can catch all the action as you chow down—even from the cheapest of the cheapseats.

Where to stay: We’re not ones to pooh-pooh the Motel 6‘s of the world. And at $86 a night for a spacious, clean room we bet you won’t either.

Where and when: Oct. 1 in East Rutherford, New Jersey 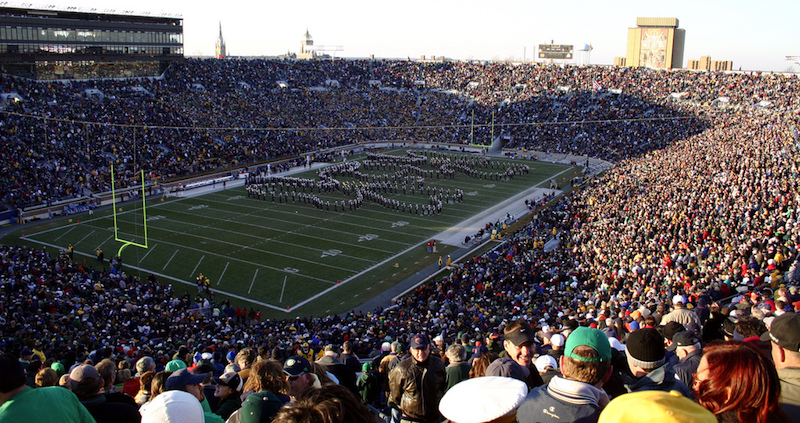 The game: It’s probably not a shock to anyone that Notre Dame tops the list. Which means that MetLife Stadium‘s Irish Whiskey Bar, Craft Beer Zone, Kosher eats and, oddly enough, salads also get top billing. Plus, there’s a NJ Transit rail station right out front, so you can get to the game for seriously cheap.

Where to stay: If you can make it out in such short notice, you can snooze amid the sleek stylings of the Renaissance Meadowlands Hotel—just 1.7 miles from the stadium—which is still accepting reservations to the tune of $169 a night. If you want to be even closer to the stadium, check out Hilton Meadowlands, a mere half-mile from the stadium, for $219. 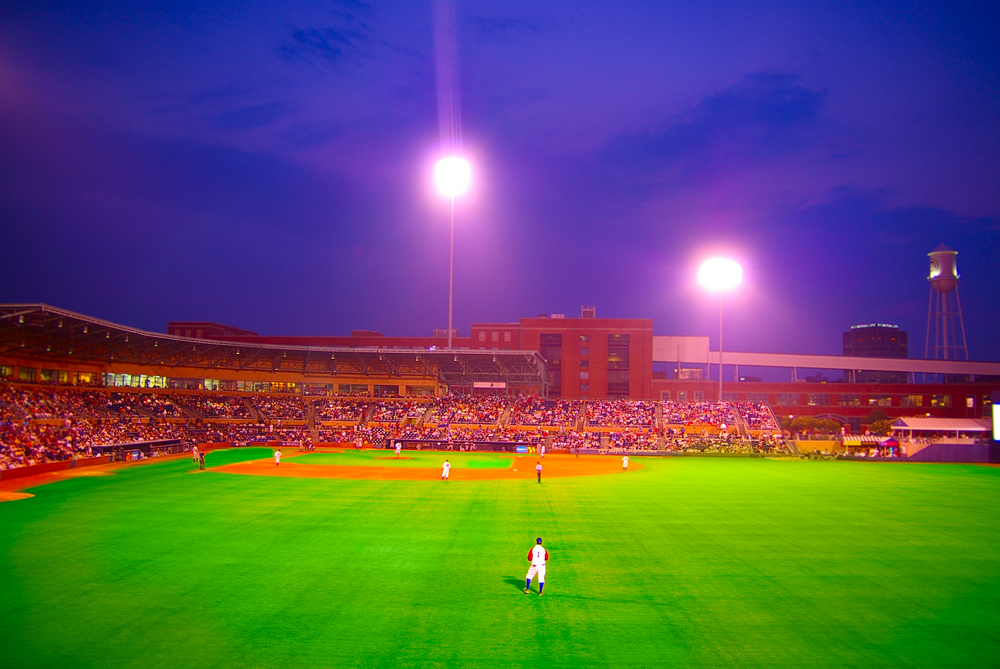 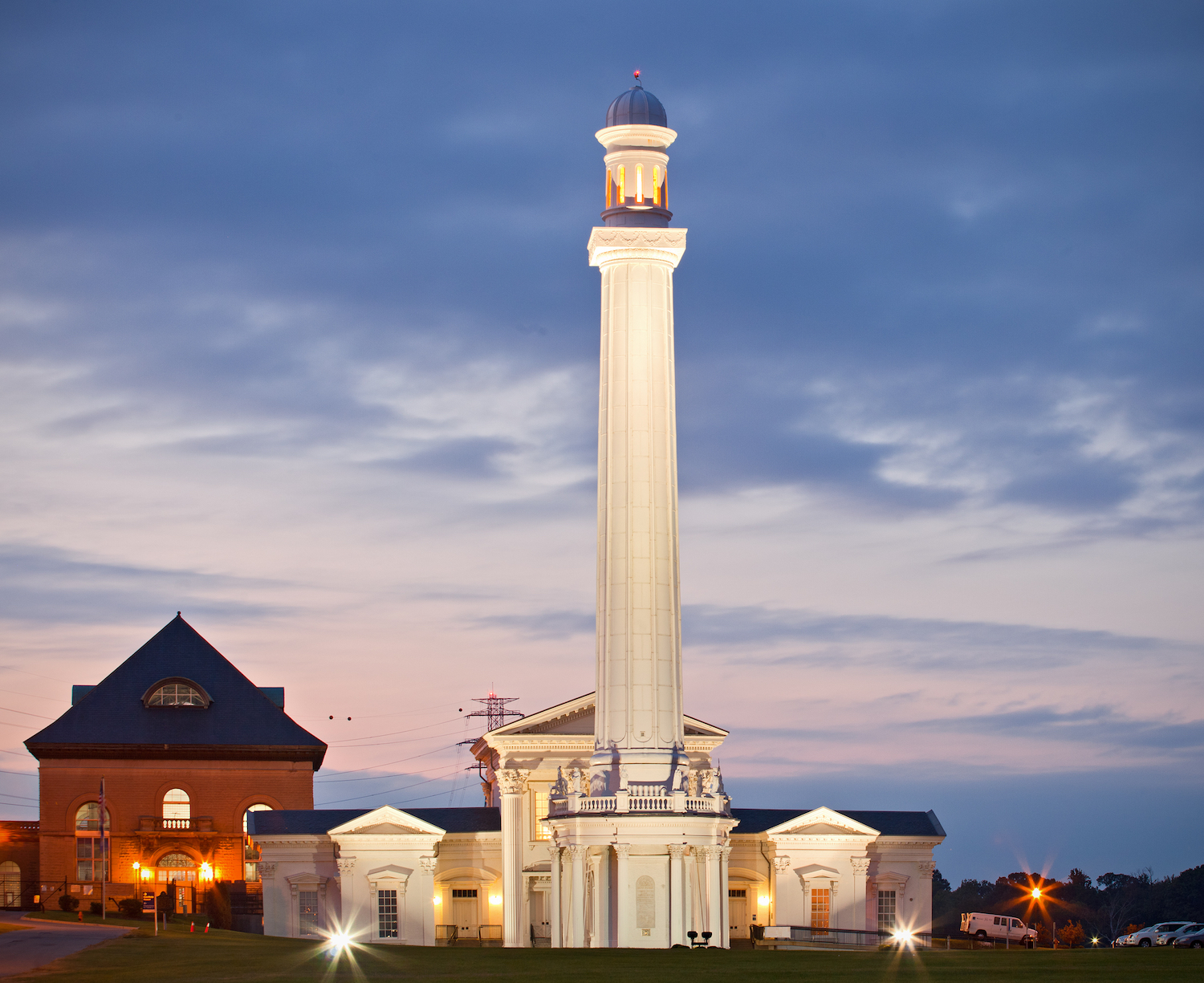 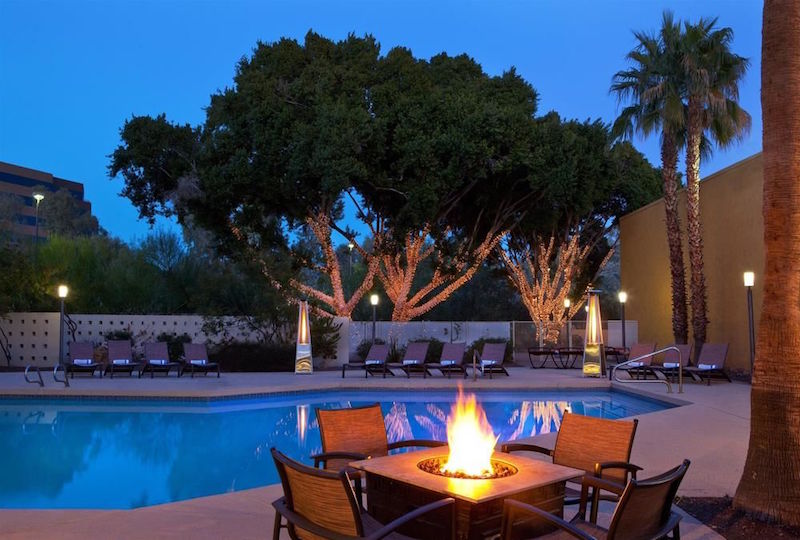