12 things you never noticed about your airplane before

Do you consider yourself a master flier? Sailing through security without a hitch, you have just enough time to buy a latte and a snack before hopping on board. Even if you’ve been on more flights than you can count, we bet you didn’t notice these hidden secrets and tricks of the friendly skies!

RELATED: How to fly basic economy and win

There are mirrors in the overhead bins 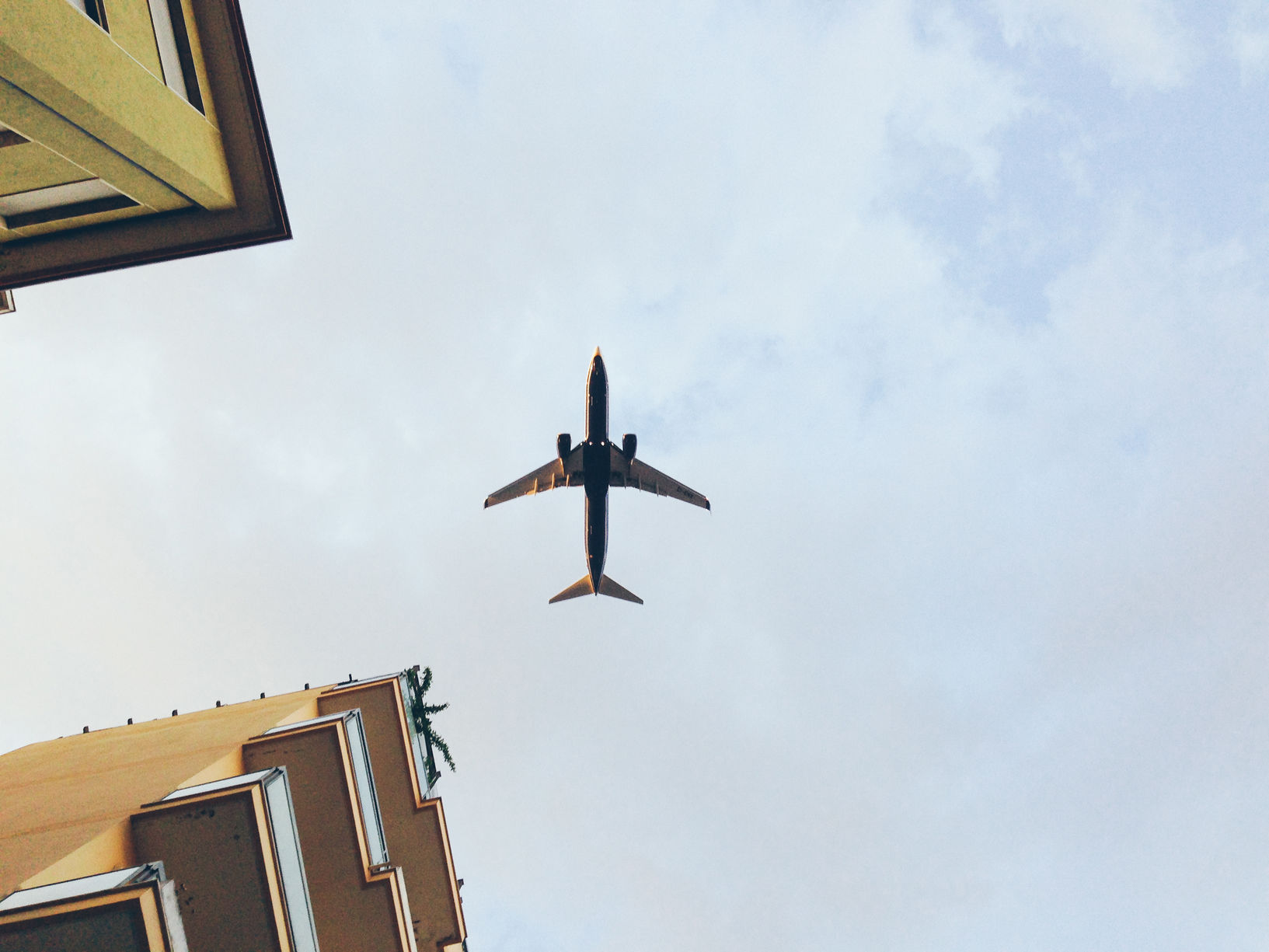 After landing, when the seat belt lights turn off to signal permission to get out of your seat, it’s a mad dash to the aisle. When you’re grabbing your carry-on to leave, take a second and look for mirrors. Most overhead bins have these because it helps passengers to see everything—a jacket, a rolled up poster, duty-free purchases—so you’re less likely leave anything behind. It also cuts down on cabin inspection time, so the plane can be prepared for its next flight.

As the flight attendant rolls down the aisle, taking orders and queueing up drinks, you may hear a subtle sigh of dismay when Diet Coke is ordered. Why? It takes forever to fizzle down, pour and serve. Because the airplane cabin is pressurized to 8,000 feet rather than to sea level, it adds more bubbles than normal. One flight attendant revealed she’ll often take other orders while she waits for the DC to be ready to drink. 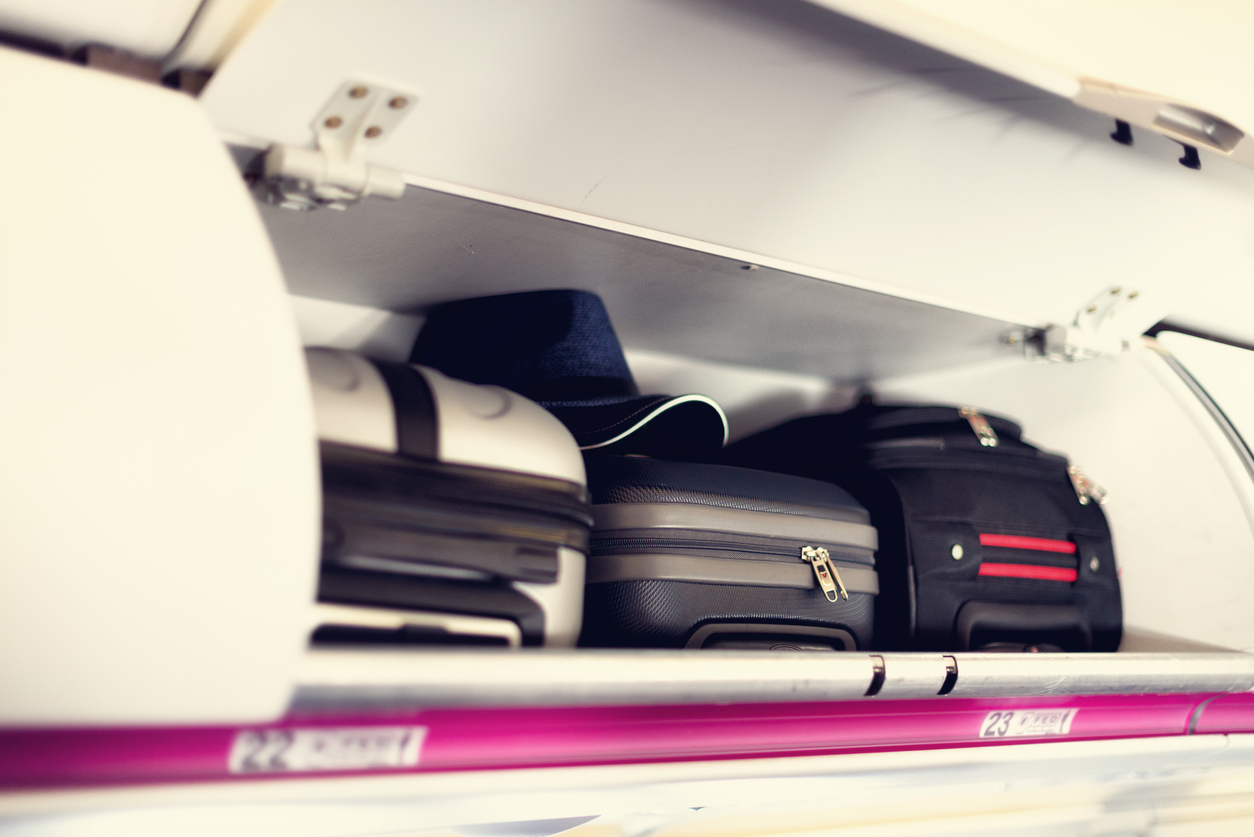 Bad news for picky pilots: They can’t always have the meal they want. While it isn’t formally regulated by the Federal Aviation Administration, most airlines insist on two different meals for those in charge of the aircraft. Largely, this is due to potential food contamination, and the idea is that if something goes wrong, at least one pilot would be healthy enough to land. It’s a different for every airline but most of the time, the pilot receives their choice from First Class, while the co-pilot picks from the Business menu.

In 1971, a man named D.B. Cooper hijacked a flight from Portland to Seattle. After showing what looked like a bomb to a flight attendant, he demanded $200,000, a set of parachutes, and that the crew reroute the flight to Mexico. At some point he jumped out of the plane, and even today, his whereabouts (or remains) are unknown. Since then, on the outside of all plane doors with airstairs, there is a tiny latch called the Cooper Vane, named after the legendary criminal. So even if you accidentally tried to open the cabin door, it wouldn’t actually open since it’s pressed tight via air pressure at take-off.

There’s a secret button on most aisle seats

Good news for those who prefer the aisle seat: That armrest probably moves! The next time you’re on a flight, place your hand under the armrest, close to the hinge and you’ll likely find a small button. If you push it, the armrest will move! This provides more room for legs, and could be more comfortable for long-haul flights. The reason for this, of course, is safety, should the crew need to move anything oversized through the plane.

There are detachable coat hangers in business class 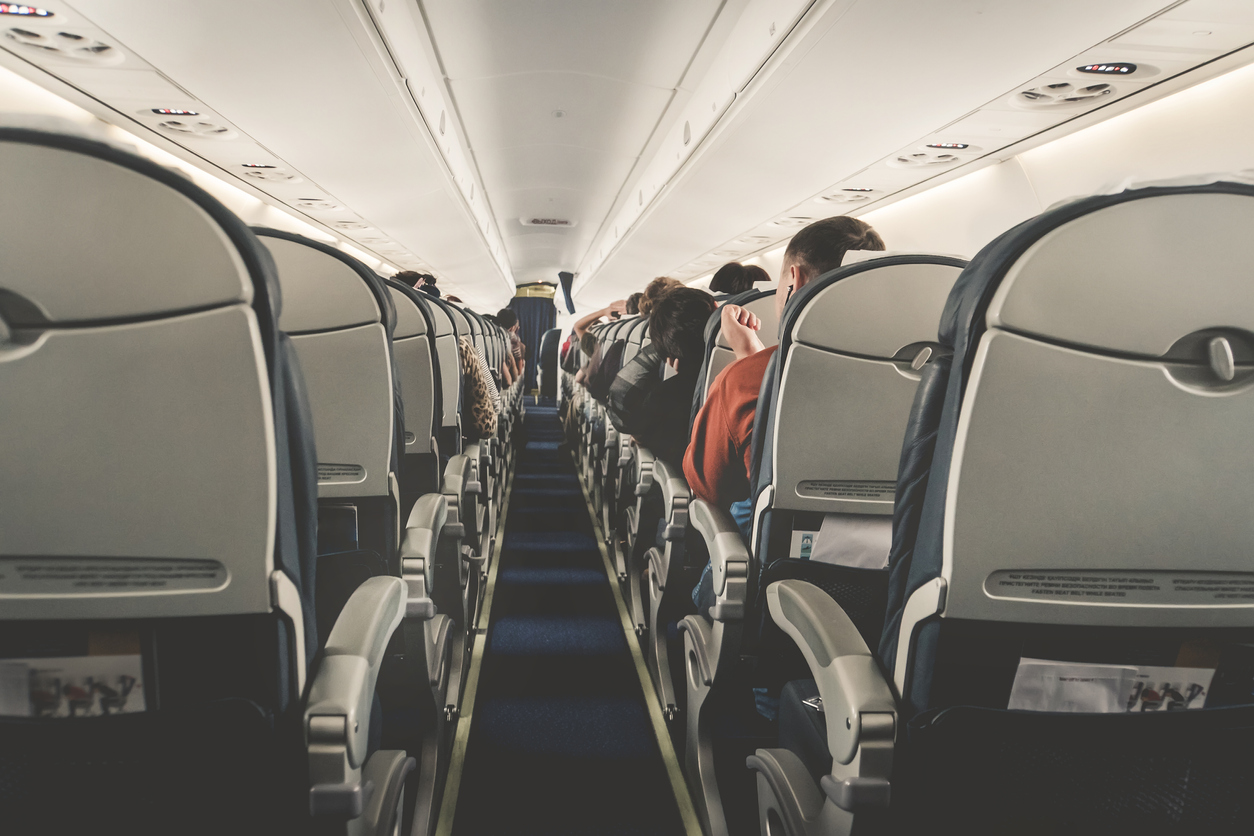 Depending on your carrier, your plane may be equipped to fight wrinkles. With Swiss Air Lines, there’s a detachable coat hanger with your seat number on it, so you can hang up your suit, dress or garment for the flight attendants to stow. Most of the time when your ticket class is Business or higher, you can also just ask if the flight attendant will hang your garment for you and stow for safe keeping.

There are black triangles above some windows for safety

Pilots may sometimes ask their flight attendants to check on the wings. Whether due to a flap that’s not functioning correctly or if they are worried about wind, it can sometimes be easier to spot with the naked eye, rather than a camera. If you sit near a wing on your next flight, look for a tiny black triangle above some windows. This indicates the best vantage points for slats and flaps on the wing.

Before takeoff and landing, you might watch a flight attendant gracefully scale the aisle, touching underneath each overhead compartment. It might seem like they’re barely touching it but in reality, there’s a scalloped indent that serves as a handrail for turbulence. Super nifty—and helpful!

There’s a reason they dim the lighting during takeoff 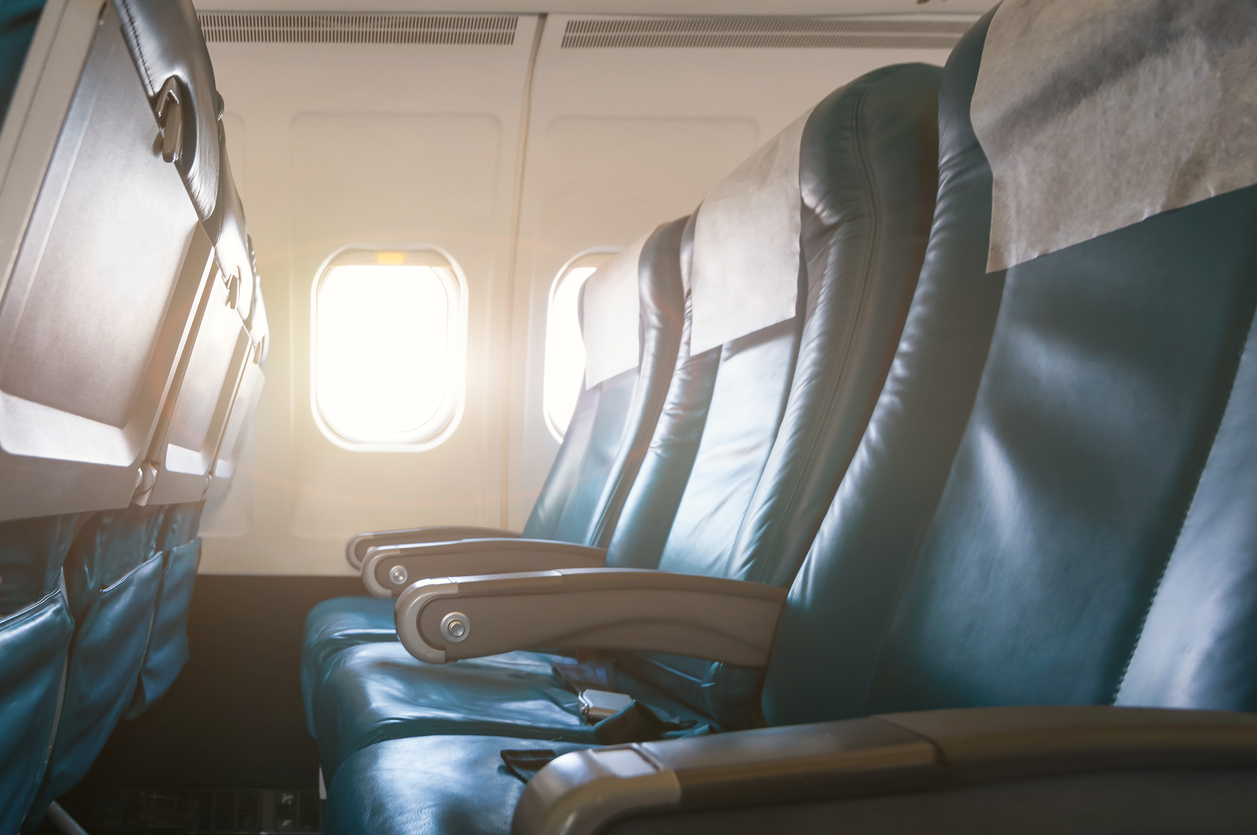 Ever wonder why the lights go down when it’s almost time for takeoff? It’s not only to give you great selfie light, rather, it’s a measure taken in case of an emergency. It’s widely known that takeoff and landing are the most dangerous parts of a flight, and the lighting adjusts your eyes and helps you see the floor lighting faster in the event passengers need to exit the aircraft in a hurry.

Or a flight attendant. Or a pilot. There’s a reason for that: You shouldn’t drink the tap water on an airplane, since it is likely filled with bacteria. (Gross.) This is because the water tanks aren’t emptied and cleaned frequently, which can cause gunk to build up. Those who jet-set often will avoid coffee and tea for this very reason—it’s just not sanitary.

That tiny hole in your window isn’t worrisome

Look closely the next time you’re taking that wing and sky photo for the ‘gram, and you’ll see a tiny hole in your window. Don’t worry, it’s not dangerous, and you guessed it—it serves a purpose. They’re called “bleed holes” and they relieve pressure during takeoff, as well as prevent the windows from fogging up during weather conditions.

You can’t get locked in an airplane bathroom

In a split-second of absolute horror, you thought you were trapped in the airplane bathroom. With little space and big smells, it’s terrifying to think you can’t escape. But you can! At least if you call for help from the flight attendant. Underneath the metal plate labeled “lavatory” on most planes, there’s a secret button they can push to free you from your captivity. Phew.

Lindsay is a lifestyle and travel writer, and content strategist. She is a passport stamp collector with an affinity for great wine, coffee and conversation. You can find a full collection of her work at lindsaytigar.com.