Forget that fest: 8 reasons we love the Exumas

Sure, the Exumas were the spot where the failed Fyre Festival was supposed to take place in 2017. And the doomed event recently returned to the spotlight thanks to dueling documentaries. But if you’re only associating this Bahamian chain of 365 islands with that unfortunate event, then you’re overlooking one of the most breathtaking spots in the Bahamas. Here’s why.

RELATED: 10 things you shouldn’t miss in Nassau and Paradise Island

You can hang with pigs at Pig Beach 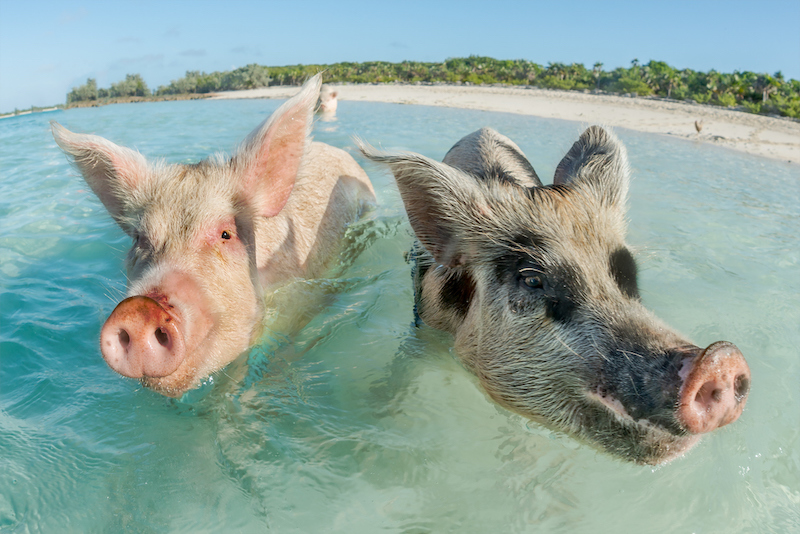 In the Exuma Cays lies Pig Beach, our favorite spot. While pigs aren’t native to the island, and no one seems quite sure how they got there—rumors range from sailors leaving them behind to a shipwreck with piggie survivors—there are now pigs and piglets covering the island. Bring food (they eat everything, but seemed particularly pleased with orange peels), and you’ll soon be surrounded. The pigs will swim with you, they’ll run with you and the smaller ones will even let you hold them. It’s a pig paradise.

You can pretend you own a private island

Want to pretend you’re high roller and live on your own private island? Check out Staniel Cay Yacht Club, which feels totally private (it’s small and quiet, and you could find spots on the island where no people are around). Also, the sand here is ridiculously soft, the water is clear and there’s a small bar that opens at 10am. You can rent a bungalow and stay for the night, though we decided to make it a day visit, as there are so many islands to explore via the Moorings chartered yacht, which took us from island to island.

You can have a private dinner on the beach

The eastern half of Rose Island is privately owned and for decades its owner dreamed of developing the area (known as Footprints Beach) with a restaurant. About 2 years ago, he finished building the bar by hand at Footprints Beach Bar and Grill and created an intimate space for beach dinners, sand volleyball and the most chill bar experience. Pro tip: Get the piña colada—it arrives with sprinkles on top!

You can swim where James Bond swam 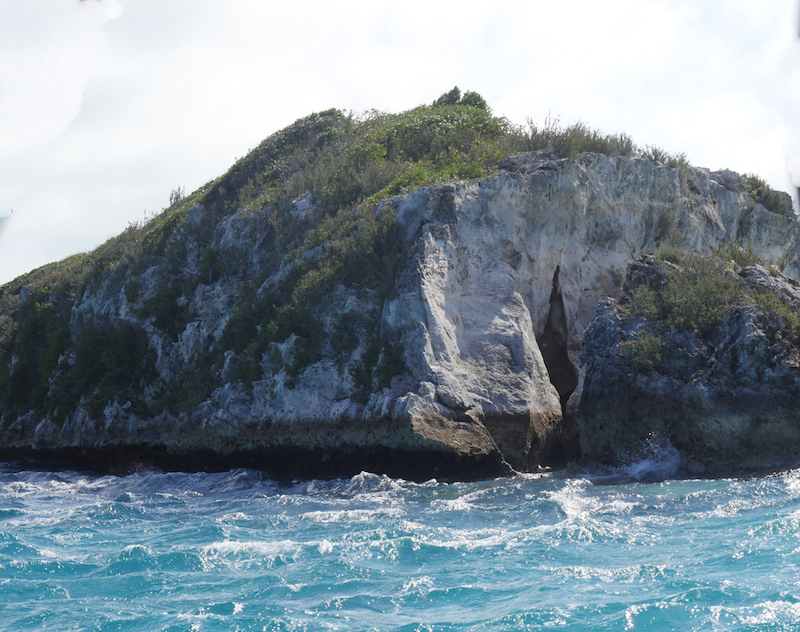 Fans of the 1965 James Bond movie Thunderball will recognize this grotto, aptly named Thunderball Grotto, as it’s been untouched since the movie. Even if you’ve never seen a Bond film, check out this grotto you can access only by swimming into it. Once inside, it’s so peaceful, you’ll be surrounded by small fish within the cave, and unlike Mexico, where popular grottos tend to be packed with tourists, this one is quiet. If you really want an Instagram moment, climb to the top and jump through a small jagged hole into the water below, and while we don’t personally recommend doing this, it does make for good social media.

You can play with sharks 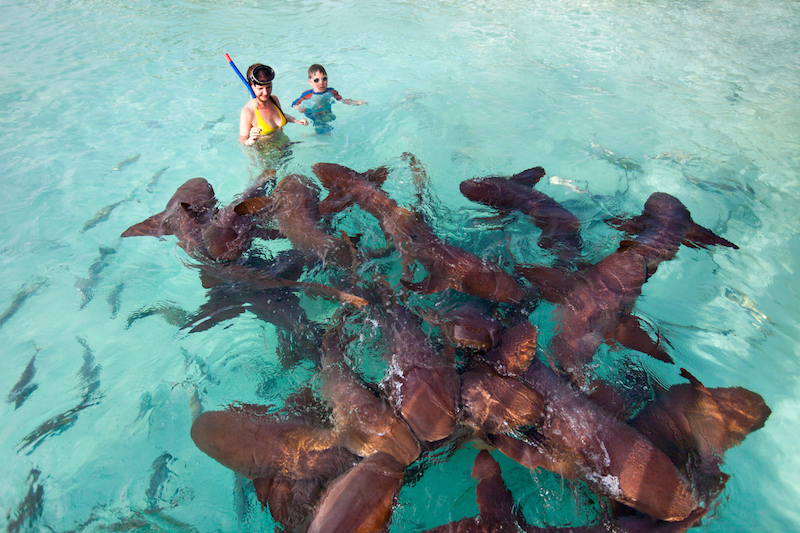 Mother and son swimming with nurse sharks in the Exumas

Nurse sharks may look scary, but they tend to be harmless (we would say that they are harmless, but just in case . . . ). In fact, they’re so sweet, that we not-so-bravely stepped into the water at Compass Cay where there were a group of them. These sharks were gentle enough to let us pet them, and they seemed to pose for pictures, even though they are wild. While we spotted nurse sharks just about everywhere in the Exumas, the most popular place to swim with them is in Compass Cay.

You can chill with iguanas 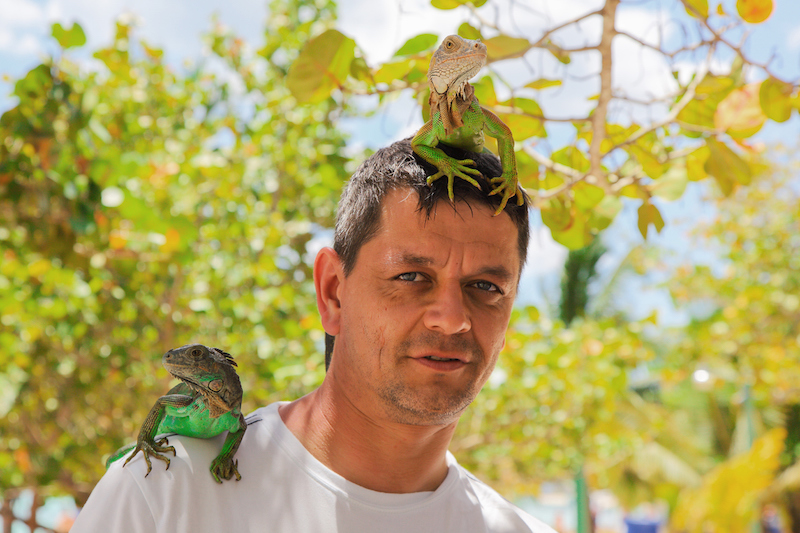 The iguanas rule the beach at Allen Cay (and they’re protected by law). However, they don’t rule with an iron fist. Offer them a few veggies, and they’ll be purring in your hand (more realistically, sitting next to you).

You can sample local beers

When in the Exumas . . . try Kalik. It’s a brew produced by Nassau-based Commonwealth Brewery (producers of Guinness and Heineken), and it’s a beloved island brew. It’s relatively expensive, but the extra strength Gold version is 7 percent.

You can dive for conchs 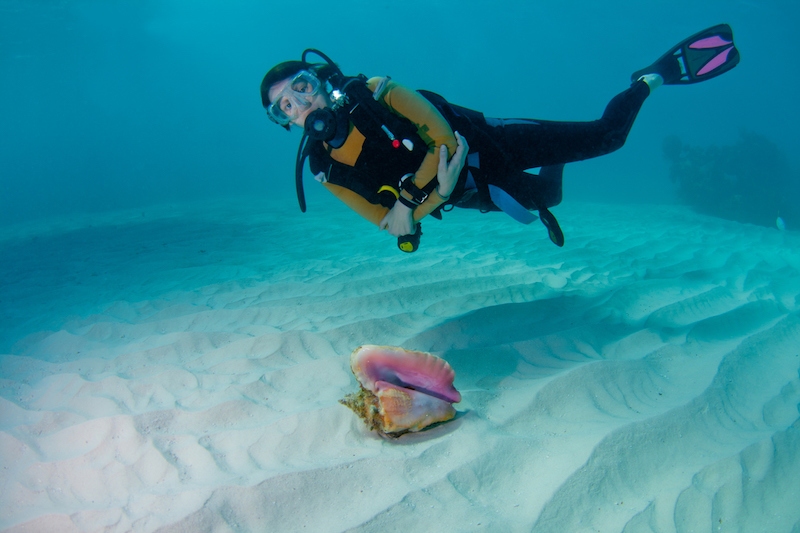 Want to get pregnant? Rumor has it all you have to do is eat conch, which is an aphrodisiac if consumed raw. You can also just eat it because it tastes good—fried, in a sandwich or served ceviche-style. Catch your own conch at Staniel Cay, where the large orange creatures are plentiful (BYO snorkeling gear). If you don’t want to catch your own, order it from just about every restaurant or bar in the Exumas.

You can find charming, reasonably-priced accommodations

While the Exumas are known for high-end resorts, there are few smaller hotels right on that beach that cost a fortune. For example, rooms at the beachfront Swimming Pigs Resort at Emerald Bay start at $250, and it’s just a 2-3 minute boat road to the Exumas’ famous swimming pigs—you can even see the little critters from you balcony! Another budget-minded resort is nearby Exuma Point Villas, which is also right on the beach and just as close to the pigs, with rooms starting at $160. 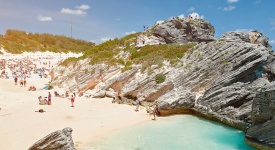 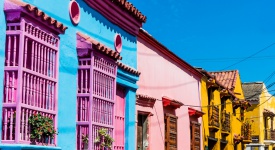