Being a budget-minded traveler sometimes means you have to pick your destinations wisely—you want to make sure you get the most go for your dough, right? Not to worry. We’ve handpicked 10 of the greatest cheap destinations—in no particular order—for the coming year, from a beachy domestic locale to a far-flung Australian wonder and everything in between. So take a look, and then pack your bags—you’ve got some great travels to look forward to! 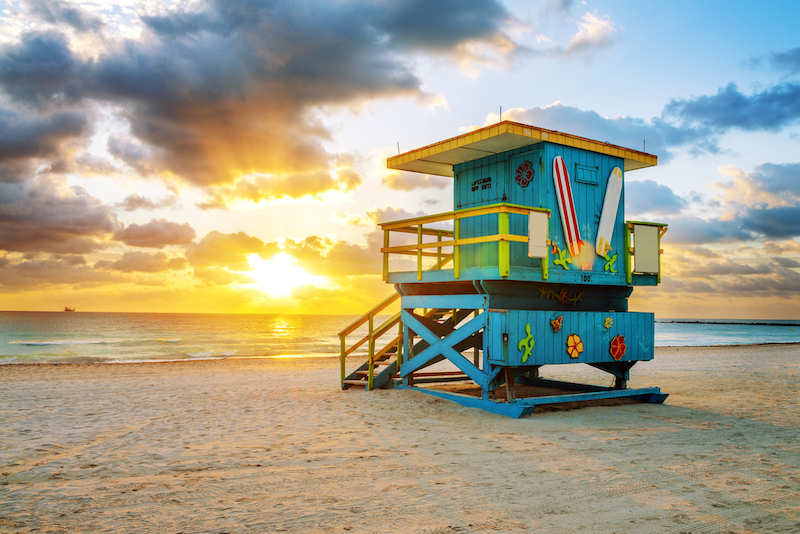 A lifeguard tower at sunrise in South Beach

2019 brings more ways to stay close to the water, with the openings of the chic Kimpton Hotel Palomar South Beach and eclectic Palihouse Miami Beach (coming summer 2019), featuring kitchenettes for budget-conscious travelers. Make room on your plate for the annual South Beach Wine and Food Festival, which happens every February including more than 100 culinary events and now a presence in Palm Beach County. But food isn’t the only thing to comfort you when you visit South Florida; with Miami International Airport’s recent addition of therapy dogs known as the Miami Hound Machine (see what they did there?), traveling to and from MIA is more relaxing than ever. 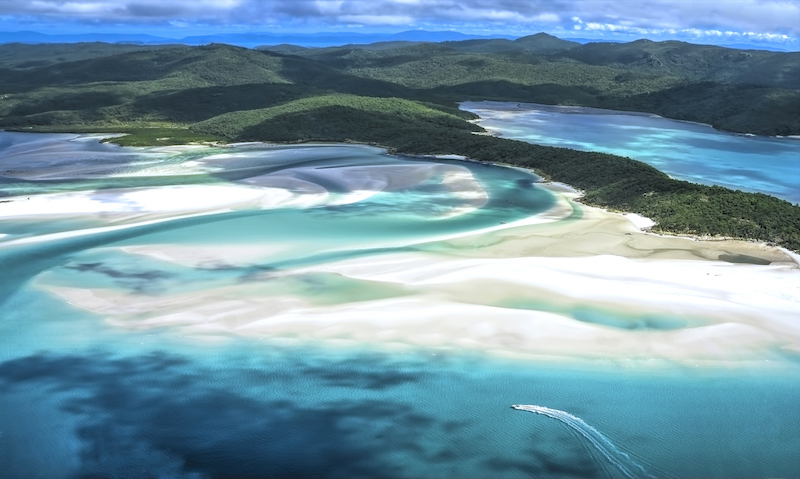 While flying all the way to Australia might not sound like a great budget move, the beautiful Whitsundays make it well worth your while, and offers a nice selection of accommodations in the $75-$100 range once you arrive. Made up of 74 stunning tropical islands, the Whitsundays has long been a classic Australian holiday destination and an ideal gateway to the Great Barrier Reef (the world’s largest coral reef), and its high time American travelers discovered it, as well. The islands were hit by a terrible cyclone in March 2017, which forced some resorts to temporarily shut down. However, the Whitsundays have since reopened for business, with many brand-new and newly revamped properties eager to welcome new visitors. 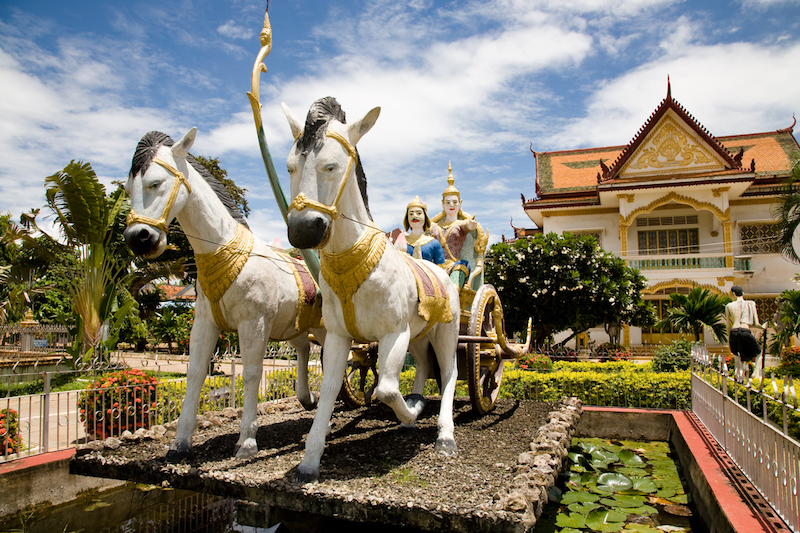 In Cambodia’s northwest, Battambang makes for a blissfully laid-back destination, especially after negotiating the crowds at Angkor Wat, which is just 100 miles away. Cambodia’s second city is a place you’ll come for relaxation, but stay for the culture, and now is an especially exciting time to experience its thriving art scene. Battambang’s inspiring Phare Ponleu Selpak circus and its workshops are worth a visit, and new galleries, street art, fair-trade cafes, and cocktail bars continue to pop up in the French colonial quarter by the Sangker River. And while the city is already famous for its rustic Bamboo Train (essentially a motorized wooden platform on tracks), 2019 will see the opening of a “proper” train line to the Thai border at Poipet, which will make it even easier to access this cultural powerhouse of under 200,000 inhabitants. 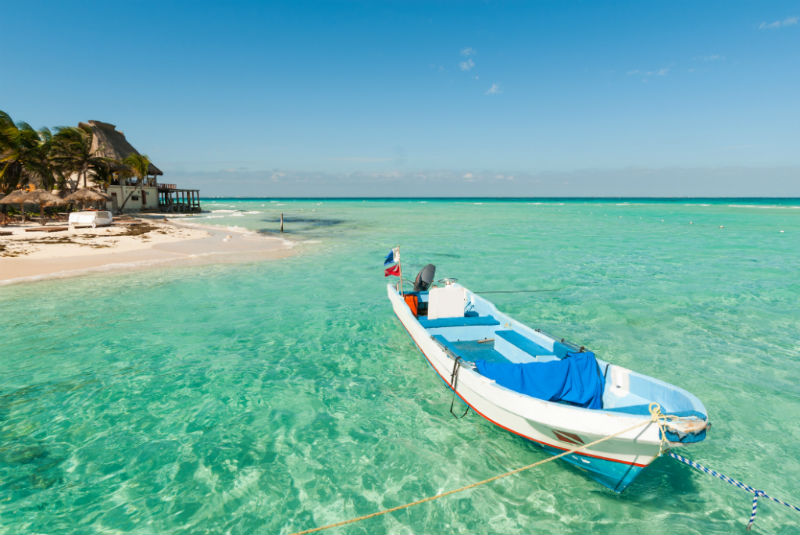 Isla Mujeres has long been on of our favorite secret destinations on the Yucatan Peninsula. Just an hour from Cancun, including the boat ride, the island feels worlds away, with a more laid back beach vibe, and far fewer high-rise chain hotels and thumping nightclubs. And while the popularity of this sunny escape has just gone up and up and up in recent years, 2019 will be one of the best years to visit yet: CheapTickets data shows that prices on winter travel to Isla Mujeres were down more than 25% compared to last year. 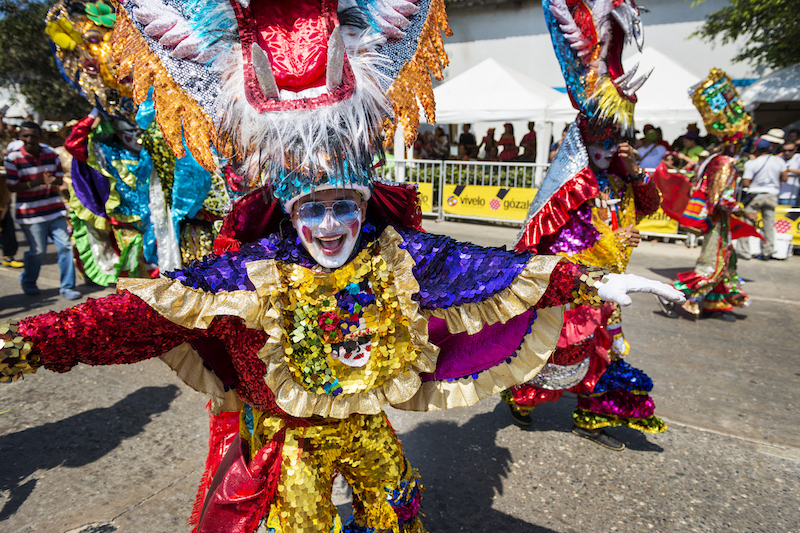 A few years ago, this small city on Colombia’s Caribbean coast was known for little more than being the hometown of Shakira, and for the large statue of the pop star it claims as its own. CheapTickets data shows that hotel prices in Barranquilla have dropped 48% compared to last year, which makes now the perfect time to visit. As far as what to do “Whenever” you visit and “Wherever” you go? Barranquilla’s unsung Carnaval is known within Colombia to be one of the world’s best. The city is roughly equidistant to both colorful Cartagena and lush Tayrona National Park so do yourself a favor and hit these other Colombian highlights as well. 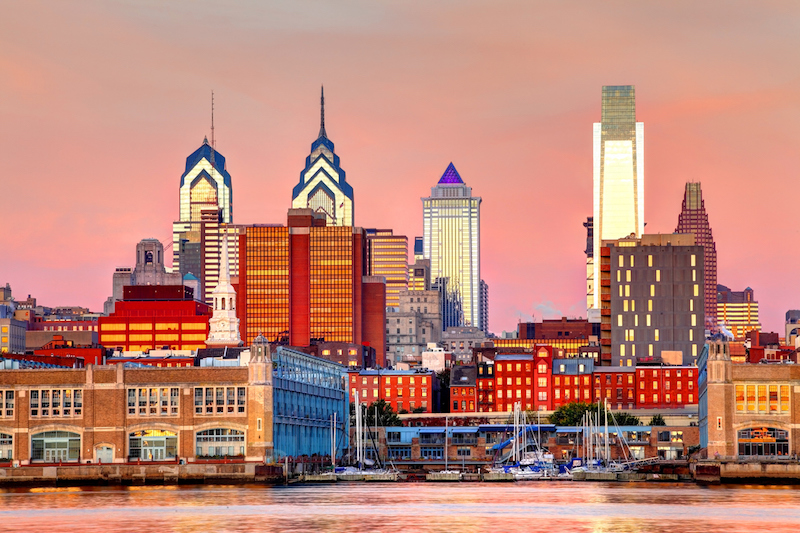 Philadelphia skyline as seen from across the Delaware River.

Philadelphia has always been a captivating historic city with indelible ties to our nation’s birth. But today, the City of Brotherly Love is just as alive and exciting as ever – driven by an exploding food scene, eclectic neighborhoods, and big city culture mixed with a refreshing dose of small town charm. Without a doubt, Fishtown is the city’s burgeoning epicenter of cultural and culinary creativity. Forbes even called it “the hottest zip code in America no one’s ever heard of.” Located northeast of downtown, Fishtown is home to some of Philly’s most exciting restaurants featuring global cuisines. Check out Suraya, a Lebanese restaurant serving up tasty Middle Eastern small plates or Cheu Fishtown for some flavorful and innovative Asian dishes like noodle, buns, and dumplings. 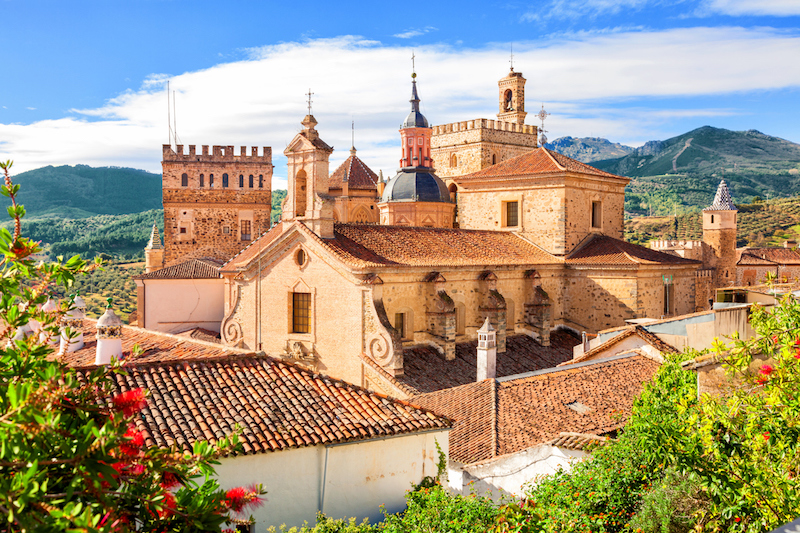 If you’re looking for a fascinating corner of Spain that’s less crowded than Barcelona or Madrid, the autonomous community Extremadura in western Spain could be your answer. The area’s flagship cities Trujillo, Mérida and Cáceres are the perfect place for anyone interested in experiencing Spain’s connection with Rome, both through wineries like Puebla de Sancho that use clay vases in their fermentation, and in their collection of some of the oldest aqueducts, as well as bridges and amphitheaters, many of which are still functional. 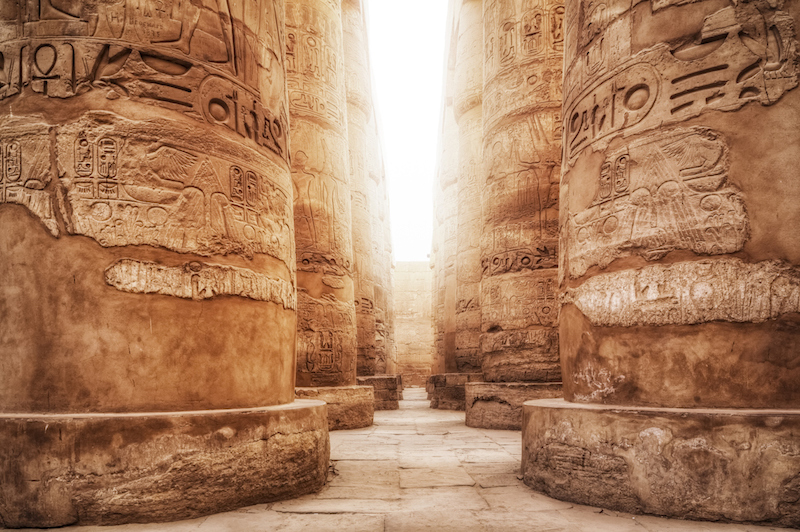 If you’ve paid any attention to travel news in recent weeks, you’ll have seen that Egypt’s multi-billion dollar Grand Egyptian Museum is now open. This is just one reason to visit Egypt in 2019, however, as the country’s economic and socio-political recovery following the tumultuous earlier part of this decade continues full throttle. Millennials in particular have returned to Egypt in increasing numbers in recent years, but no matter what generation you belong to, there’s something for you in the Land of the Pharaohs. Enjoy a more mainstream trip that spotlights the Pyramids of Giza, or pair a visit to Cairo’s oft-overlooked citadel with a traditional felucca boat ride along the Nile in the ancient Nubian city of Aswan. 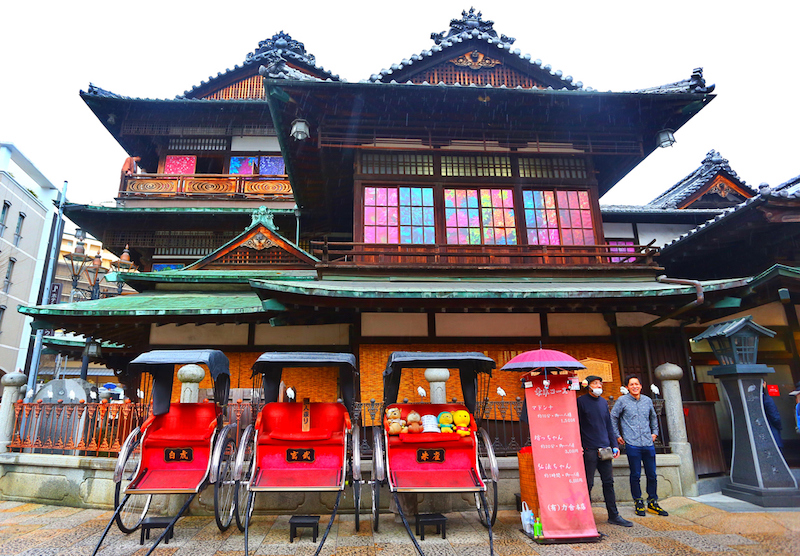 2019 is right around the corner, but 2020 is the next big date on the calendar as far as Japan is concerned. To put it another way, 2019 is your last chance to visit the Land of the Rising Sun before the Olympics crowds descend upon Tokyo. Which is not to say the capital is the only Japan destination worth visiting. Explore the historical Kansai region, whether you traipse amid temples in Kyoto, frolic with urban deer in Nara or get sick on street food in Osaka. Or visit secondary islands like ski-paradise Hokkaido and spiritual Shikoku, whose 88-Temple pilgrimage trail snakes through vibrant cities like Kochi and Takamatsu. 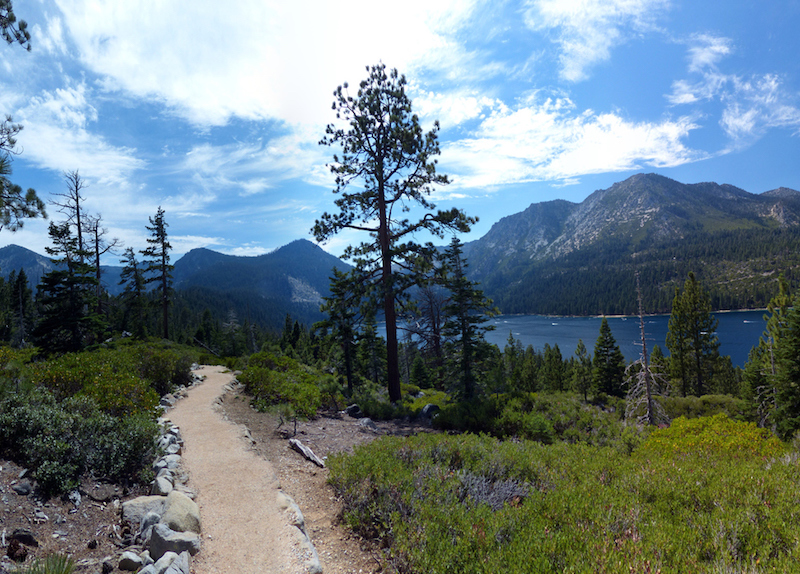 Reno and Tahoe are the best of two worlds rolled into one and now is the time go. Spring prices were down 31% over last year in Reno, Tahoe and nearby Truckee. In Reno, a low-key Vegas awaits. Picture numerous gaming opportunities, close proximity to nature, Wild West towns and lively fests centered around the Reno Arch area. Tahoe, meanwhile, continues to offer something for everyone. South Tahoe boasts skiing, gaming, upscale lodging and visitors galore while North Tahoe is more laid-back and family friendly. In between them on both the California and Nevada sides are plenty of lesser discovered nooks and crannies including secret coves, rarely-trod trails, jaw-dropping vistas and teensy towns boasting mom-and-pop shops and eateries—amazing any time of year. 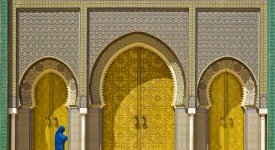 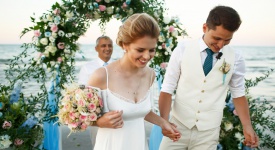 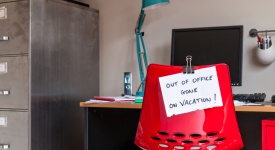